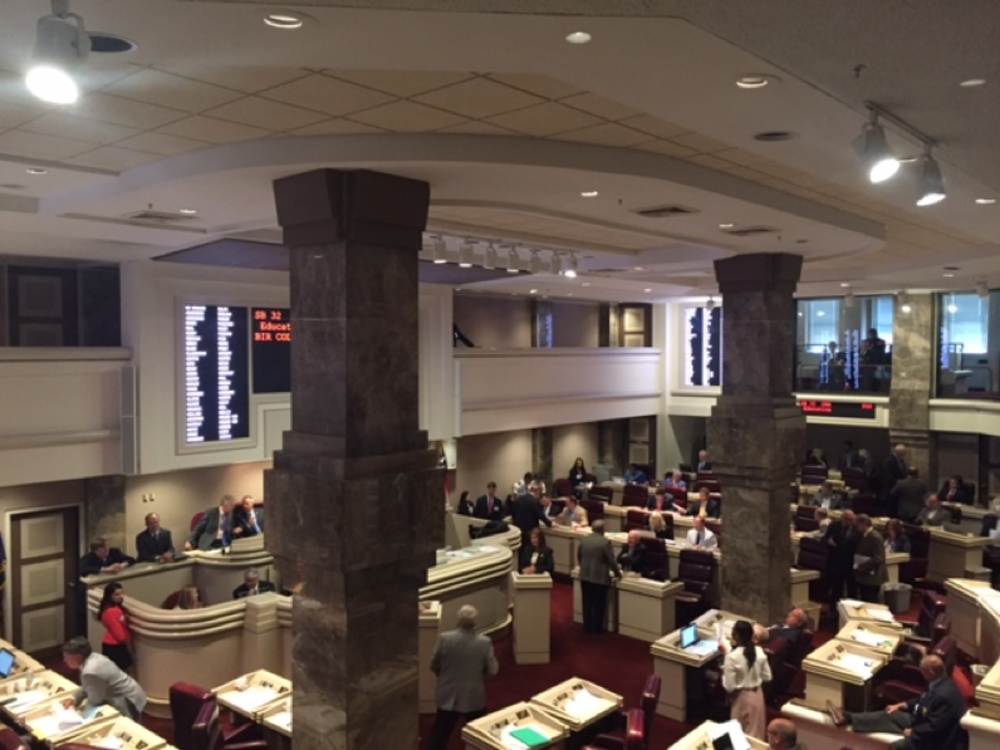 The House passed a bill that would require students to pass a civics test before graduating high school. Legislators debated the legislation two hours before passing the bill. The bill has already passed the Senate and moves to Governor Ivey’s desk for signature.

A bill passed the Senate that would eliminate the requirement for a permit in order to carry a concealed hand gun in the state. The bill now goes to the House for approval.

The House passed a bill that would allow and regulate paid-entry fantasy sports in the State. The bill now goes to the Senate.

The House Judiciary Committee approved a bill that would eliminate marriage licenses and allow probate judges to record marriages by providing certain documentation. The bill now goes before the full House for a vote. The bill has already passed the Senate.

A bill passed the Senate that would allow death row inmates to be executed by nitrogen gas. The bill would give inmates the option of being put to death by nitrogen gas instead of lethal injection.

Only three states allow this method of execution, but so far, no state has carried it out.

A bill that would require annual inspections by the Department of Human Resources for all daycares and end exemptions for church-affiliated daycares passed the House. The bill now goes to the Senate.

On Tuesday, April 25, the House will convene at 1:00pm, and the Senate will convene at 2:00pm. The Legislature is expected to meet for two days this week. Major proposals that still must be considered by May 22 include prison reform, the state’s two budgets and legislative redistricting.

Bills on the House calendar Tuesday include: a bill that would clarify rulemaking authority of the Board of Licensure for Engineers and Land Surveyors and a bill that would allow certain prisoners to be granted medical parole if suffering from chronic life-threatening illnesses.