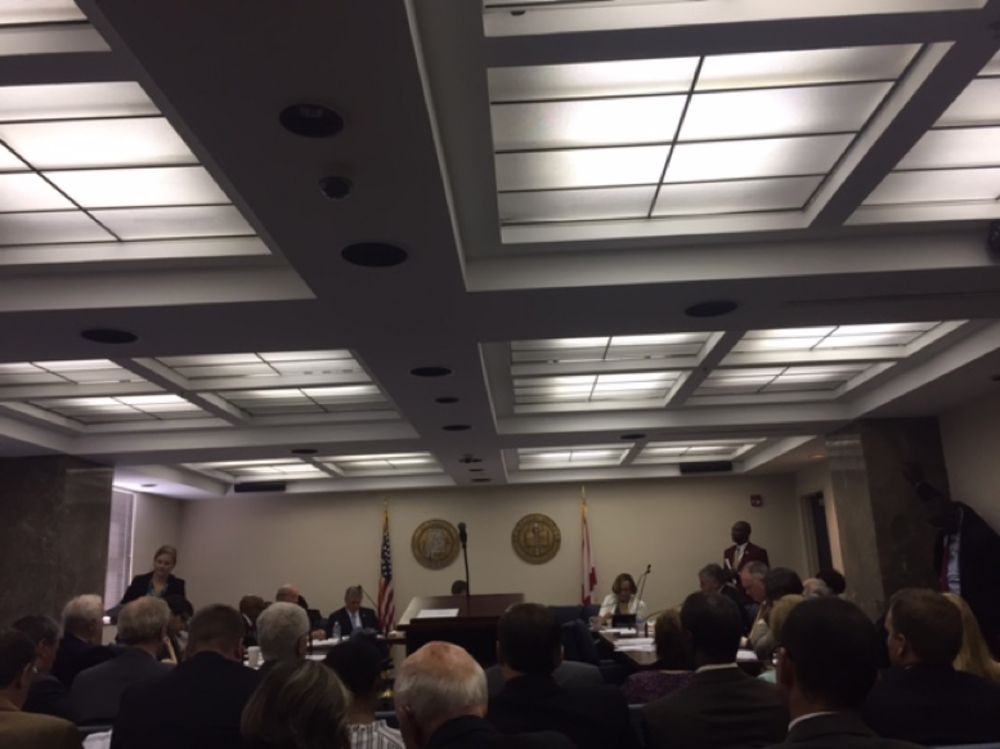 HB 345, sponsored by Representative Victor Gaston (R-Mobile) and 88 co-sponsors, passed the Senate Committee on Finance and Taxation last week unanimously with a vote of 13-0.

Senator Jabo Waggoner (R-Vestavia), who sponsored the Senate companion bill, introduced HB 345 in Committee. Senator Waggoner offered a substitute bill with two modifications from the bill that passed the House a few weeks ago.

The substitute bill changes the age of historic structures from 75 to 60 years.

The substitute bill also includes a provision that encourages rural communities to participate in the tax credit program. Forty percent of the tax credits will be reserved to taxpayers with a certified rehabilitation project located in a county where the population does not exceed 175,000.

Senator Arthur Orr (R-Decatur) explained this provision will help small, rural counties. The rural counties would have six months to apply for the credit. In the event applications are not received, the funds would revert for allocations of other project applications. SB 262, The Senate version of the bill, called for equally dividing the allocation of the tax credits annually among the state’s Seven Congressional Districts.

Alabama REALTORS® support HB 345. It will renew the Alabama Historic Rehabilitation Tax Credit program that expired on May 15, 2016. The Historic Tax Credit helps revitalize cities and communities across Alabama. Studies show the credit has a huge economic impact and preserves historic structures in our state.

HB 345 could come up for vote on the Senate floor this week. Alabama REALTORS® issued a Call for Action on this bill. We urge you to contact your state Senator now and encourage them to vote yes on HB 345 when it comes to the Senate floor for a vote.