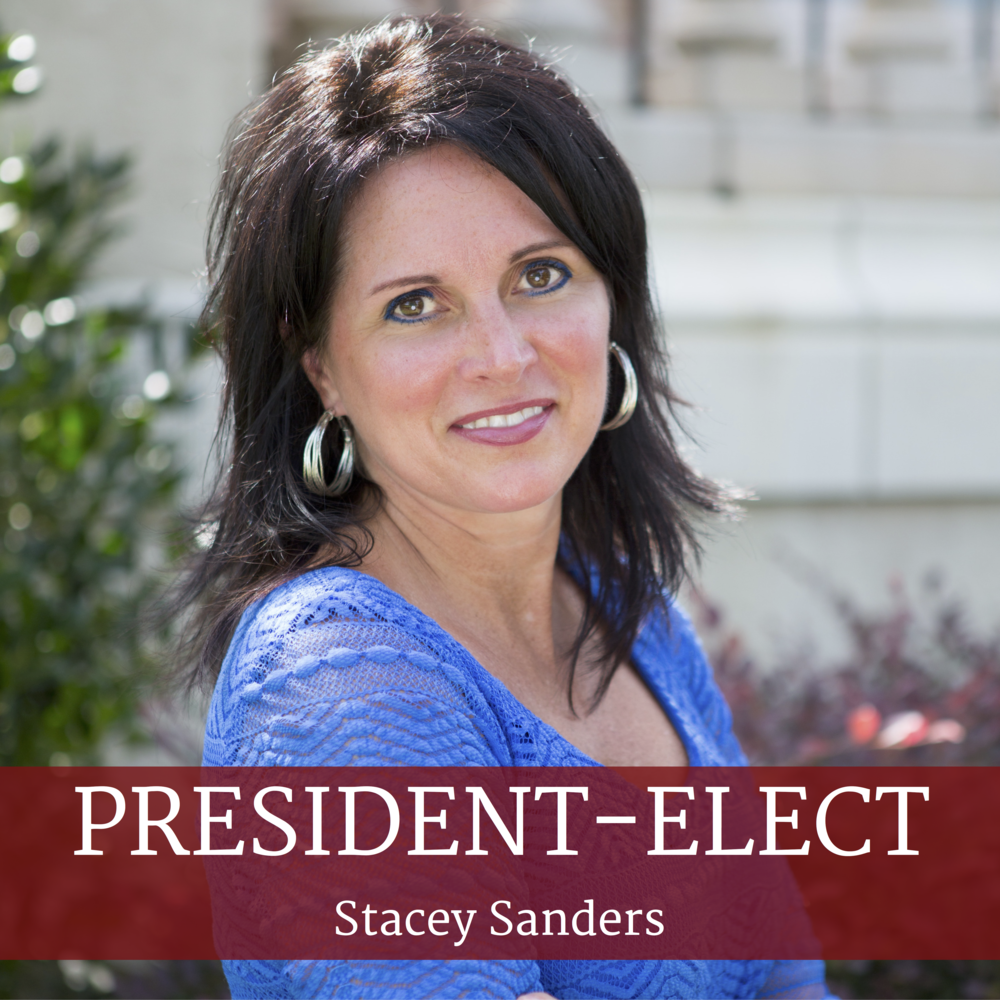 Stacey Sanders, Alabama REALTORS®’s 2018 President-Elect, has been a Qualifying Broker for 20 years, 10 of which have been spent at Weichert REALTORS®-Porter Properties where she currently works. Stacey describes herself as a wife and mom first and foremost. She and her husband, Shane, have four sons, Charlie (20), Seth (17), Slade (16) and Caleb (15).

Originally from Columbus, Ohio, she spent time in Philadelphia, Cleveland and Troy, Michigan before settling in Auburn, Alabama in 1995. Stacey served as President of the Lee County Association of REALTORS® (LCAR) in 2006 and was named LCAR REALTOR® of the Year in 2007 and again in 2015. She has also been active on the state level, elected as Central Regional Vice President in 2007 and 2015. Stacey has been a Major Investor in the Alabama REALTORS® Political Action Committee (ARPAC) since 2004.

Stacey has a phrase she frequently uses around the office, “Action Breeds Reaction.” According to Stacey, you must first take action in order to get results. “Nothing will happen in this business by just hanging out,” Stacey says. “Keep daily, weekly, monthly calendars to stay on track and keep focused. Systems are the key to saving time,” she says. “In today’s ‘techy’ world, the best thing you can do is reach out and ‘touch’ someone; pick up the phone and call, send a handwritten note, talk face-to-face, be real,” she recommends.

Stacey lives by Philippians 4:13, “I can do all things through Christ who strengthens me.”