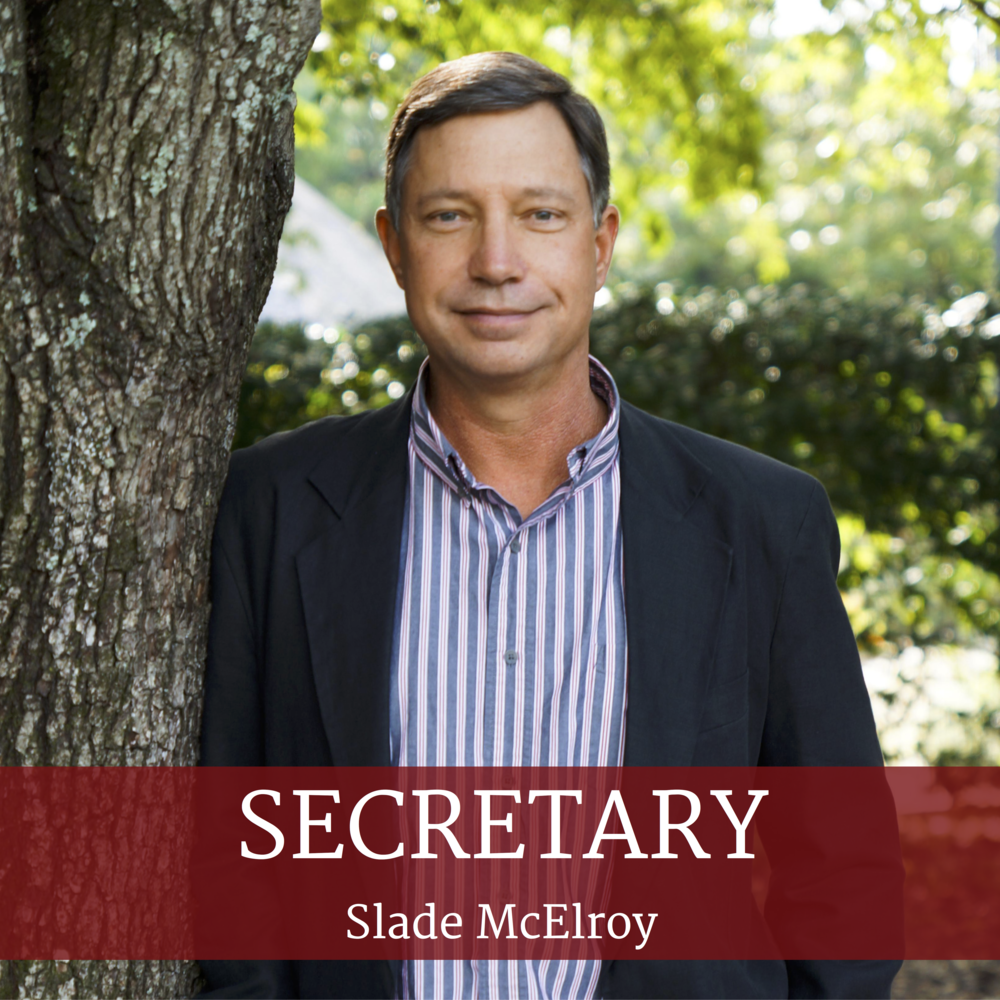 Slade McElroy will serve as the Secretary for the 2018 Alabama REALTORS® Executive Committee. Slade got his start in the real estate industry in 1998 working for a builder as a Qualifying Broker and Vice President of Marketing. In 2007, Slade transferred his license to Prudential Ballard Realty where he and his wife, who is also a REALTOR®, formed a team. He is currently an Associate Broker/REALTOR® with Keller Williams Realty in Montgomery.

After graduating from Auburn University, where he received his undergraduate degree in marketing and masters in aquaculture, Slade worked for a manufacturing company in Opelika as Vice President of North American Sales for 19 years before moving to Montgomery and starting his career in real estate. He has served on numerous local and state committees, including the Professional Standards Committee, Finance Committee and Government Affairs Committee, to name a few. Slade was named the 2011 REALTOR® of the Year for his local board, the Montgomery Area Association of REALTORS®, where he also served as president in 2014.

“My goal is to help make our state association more relevant to all members,” Slade said. He would also like to, “add and improve existing services and benefits to members and to continue the positive direction that our association is heading.”

Slade and his wife, Kim, have been married for nearly 38 years and have three sons and two grandchildren, Isabel and Nash.