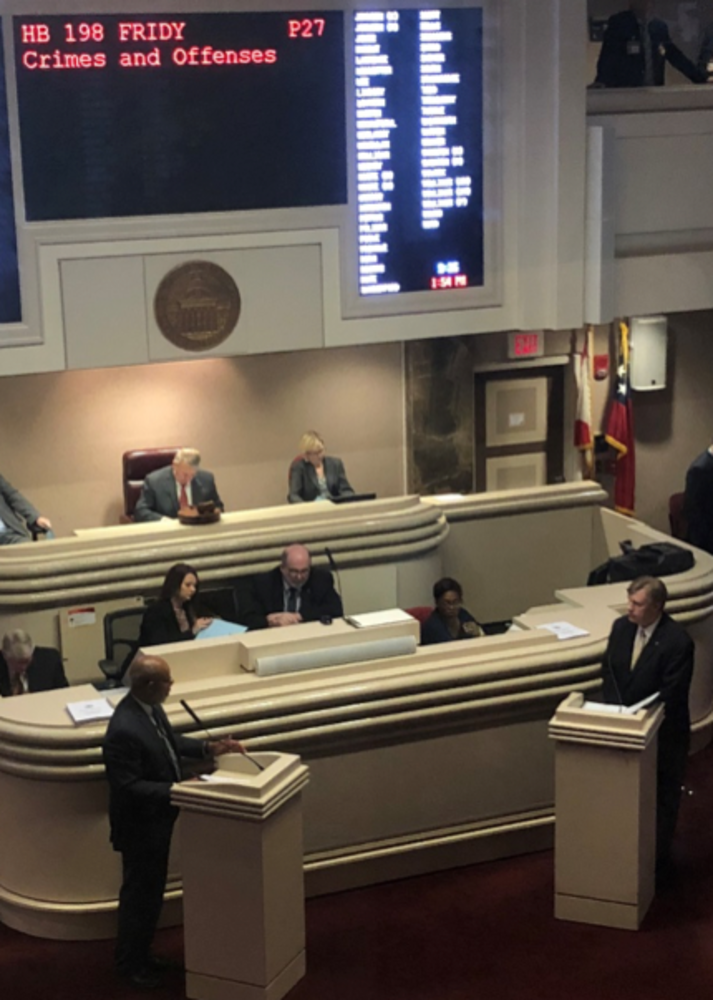 The Alabama Assistance and Service Animal Integrity in Housing Act (HB 198) - a REALTOR® bill – came before the House of Representatives on Tuesday, January 30th. Rules Chairman, Mike Jones (R-Andalusia) picked HB 198 to be the third bill considered on the House special order calendar for Tuesday January 30th during the Rules Committee meeting on January 25th.

Representative Matt Fridy (R-Montevallo), the bill’s sponsor, explained HB 198 to his fellow representatives. HB 198 received favorable comments on the floor from both republicans and democrats about the need for this legislation and seeing this issue pop up in their communities. Representative Mary Moore (D-91) spoke in favor of HB 198 and explained that she has not only seen this issue in housing but in schools and other places as well where individuals are attempting to circumvent the law. Representative Drummond (D-Mobile) spoke in favor of HB 198 as an ardent and affectionate pet-owner, Rep. Drummond stated that misrepresenting pets as service or assistance animals is detrimental to disabled individuals who truly need a service or assistance animal. This misrepresentation is harmful to the special needs community. Representative Arnold Mooney (R-Birmingham) spoke in favor of the bill and stated that he has seen this problem and the resulting damage to private property in the residential and commercial real estate sector. Representative Lovvorn (R-Auburn) spoke in favor of the bill, indicating the issue is rampant in college towns and thanked Rep. Fridy for bringing the bill forward.

On the Budget Isolation Resolution (BIR) which is a procedural vote required for any legislation that passes prior to the adoption of the budgets, the BIR resolution was adopted 98-0.

On the motion for final passage, HB 198 passed with nearly unanimous approval with 96 votes in favor, 0 votes in opposition and 1 abstention.

Following passage, the bill’s popularity spurred the Speaker of the House, Representative Mac McCutcheon to poll the Gallery for co-sponsors, resulting in 53 of the roughly 98 House Members present being added as co-sponsors as the bill moves through the legislative process.

Special thanks this week go to sponsors Reps. Fridy and Lovvorn, and Rules Chair Rep. Mike Jones for choosing HB 198 to be considered on the special-order calendar and all the Representatives who spoke in favor of HB 198, voted for it, and signed on as co-sponsors.