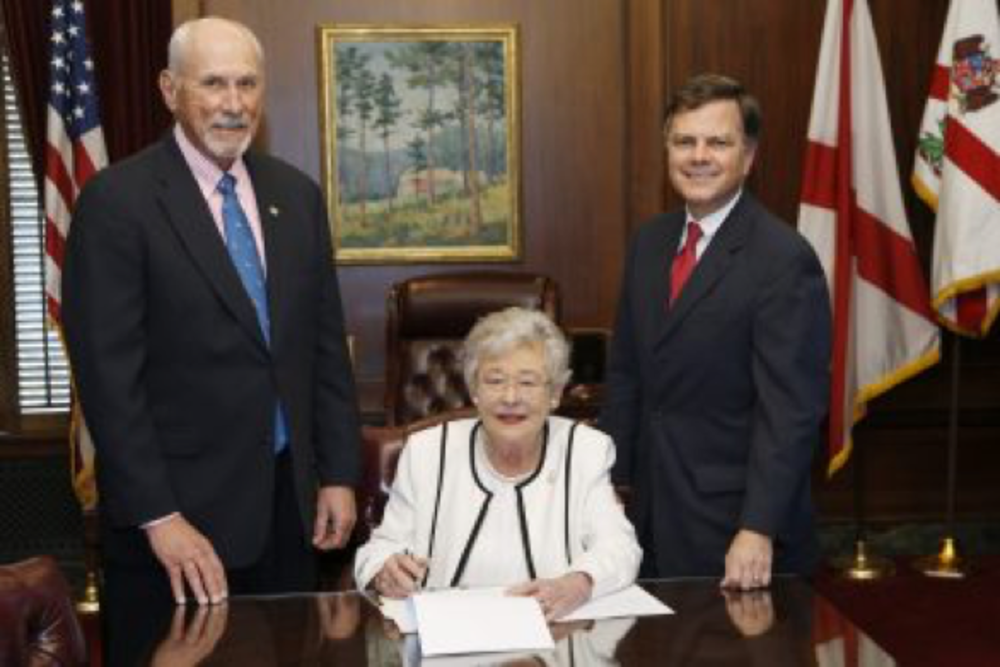 Last Tuesday, the Alabama House of Representatives gaveled in and began work at 1:30PM, while the Alabama Senate began at 2PM.   Wednesday was full of committee meetings.  Both houses of the Legislature continued working in a bi-partisan manner as many bills continued to move through the process. Here’s a look at last week’s highlights.

Last Wednesday, Gov. Kay Ivey signed a bill that is part of the tax abatement package for the Toyota-Mazda manufacturing plant in Huntsville.

Toyota-Mazda announced in January they will build a $1.6 billion manufacturing plant in Huntsville that will employ 4,000 workers.

Legislators are projected to have about $6.6 billion to appropriate from the Education Trust Fund for the year, $216 million more than this year. That's the most allowed under a cap set by the Rolling Reserve Act.

The proposal would increase funding for Alabama's nationally recognized pre-k program from $77 million to $97 million. Gov. Kay Ivey had requested a $23 million increase.

The budget would also increase funding for classroom materials, technology, library enhancements, transportation and other areas.

According to House Ways & Means Education Chairman Bill Poole (R-Tuscaloosa), the budget will be debated on the House floor this Thursday.

This week will be primarily focused on the Education Trust Fund budget in the House. House agenda bills dealing with veterans are also in position to receive full passage in the Senate this week. There are a number of Senate bills poised to receive full passage in the House this week, including  SB 10, Senator Tim Melson’s (R-Florence) Home Builder Licensure Board bill, which has received a favorable report from the committee on Boards, Agencies, and Commissions.