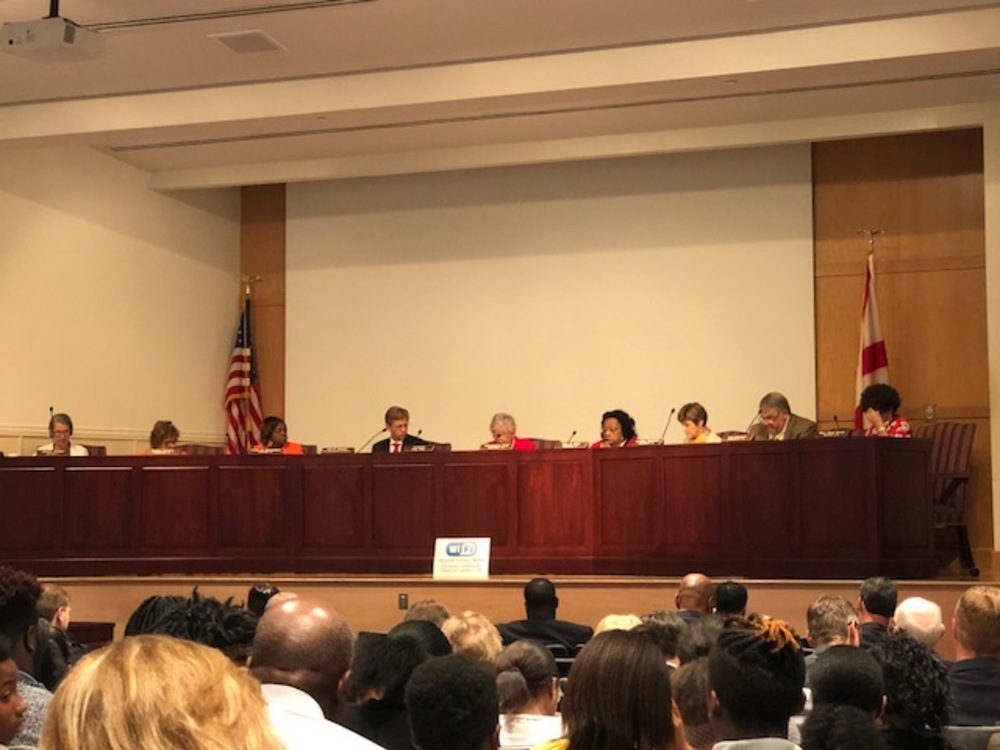 On July 10, the Alabama REALTORS® Public Policy team attended the State Board of Education (BOE) meeting in Montgomery to monitor for impacts on the real estate industry and property owners.  The State BOE has a tremendous responsibility in overseeing our schools, and the quality of our school systems affects the real estate industry, economic development and property values in Alabama.

In the meeting, BOE members elected new officers:  Cynthia McCarty as Vice President and Jeff Newman as President Pro-Tem. BOE members also approved a contract with national testing provider, Data Recognition Corporation, to design and implement the new state testing system for K-12 students, per Alabama Superintendent Eric Mackey’s recommendation. A resolution was approved appointing Terry L. Roller to serve as Chief Administrative Officer of the Montgomery County Public Schools Intervention. Dr. Mackey explained that Roller is already performing these duties, and that the resolution is a formality. Dr. Mackey explained that a new strategic plan is being developed and will be released within the next few months.

The board also voted unanimously to fill four vacancies on the Alabama Public Charter School Commission. Three current members of the Commission, Chad Fincher, Lisa Williams, and Ibrahiim Lee, were reappointed to another term, and Peggy Duck Branch was appointed to an initial term. The Alabama Public Charter School Commission is an independent state agency whose mission is to authorize high quality public charter schools, in accordance with the Alabama School Choice and Student Opportunity Act (Act 2015-3).

BOE members also approved Chilton County Superintendent Tommy Glasscock as Assistant Superintendent of Career and Technical Education. Glasscock will assume the position in October. This position was previously a Deputy Superintendent position. Since Philip Cleveland resigned in February 2017, it has been filled by an interim.

The BOE also announced its intent to adopt amended Alabama Administrative Code, Rule 290-3-1-1-02 (11), pertaining to Dual Enrollment. Dr. Mackey explained this amended code will allow high schoolers to take a four-hour college credit course, i.e. a course with a lab, instead of just a three-hour course.