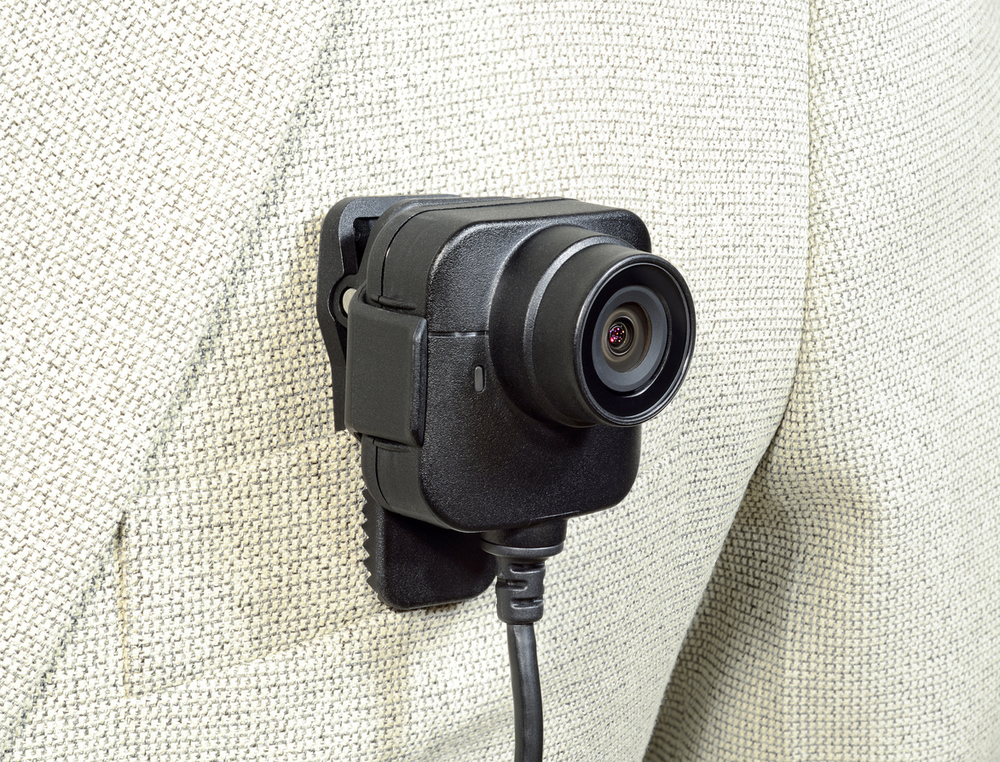 Sherri Hinkel didn’t know what more she could’ve done to prevent the prospective buyer from attempting to sexually assault her. As a real estate safety instructor, Hinkel, CRS, GRI, a sales associate with Keller Williams Greater Omaha in Omaha, Neb., followed all the protocols she teaches agents. She spoke to the buyer several times on the phone and researched him online before meeting. She obtained copies of his bank statements and driver’s license, and he was prequalified for a mortgage, which demonstrated his motivation to purchase a home. Hinkel even knew the buyer’s parents.

Despite all those safeguards, she had a sinking feeling she was in danger when they met in person for a showing last October. The buyer held eye contact a little too long, which began to make Hinkel feel uncomfortable. She was careful to always walk behind him and avoid areas of the home where she could be trapped. They came to a bedroom, where she declined his insistence that she enter the room first. He went in and started to unbuckle his pants and lay on the bed. Hinkel didn’t hesitate: “That is inappropriate, and that is not OK, and the showing is over,” she recalls saying. She immediately left the home and called the police. The buyer, identified in news reports as Michael Beat, subsequently was arrested and charged with lewd conduct, disturbing the peace, and attempted third-degree sexual assault.

Hinkel’s case is similar to that of a 69-year-old agent who was sexually assaulted in Manatee, Fla., in 2015. The Florida incident prompted the Greater Tampa REALTORS® association to warn its members to be more alert in the course of their business.

Still, real estate professionals who use safety precautions mindfully and remain vigilant in the field can still become targets of criminals. Witness the 38 percent of REALTORS® who say they have feared for their personal safety or the safety of their personal information while doing their jobs, according to the National Association of REALTORS®’ 2017 Member Safety Report. But if you’re following all the appropriate safety procedures and use the tools at your disposal, what else could you possibly do differently to deter an attack? One REALTOR® association hopes it has come up with an answer.

The Orlando Regional REALTOR® Association in Florida struck a partnership in May, offering its members discounted rates on body cams—yes, the kind many police officers use. More of these cameras—which can be attached to a purse or clothing or set up on tabletops—are being developed for consumer use, and ORRA has partnered with safety management company Occly to make the Occly Blinc body cam accessible to members for $129. (It retails for $229 and requires additional monthly charges for 24-hour professional monitoring.) The Occly Blinc camera is capable of capturing nearly 280-degree views of a user’s surroundings and transmits live video and audio, as well as location information. It includes an emergency alarm button that automatically notifies designated contacts and authorities.

“The upswing in real estate professionals as targets for crime of all sorts is really just intolerable, and I’m committed to taking solid steps to address it,” says ORRA President Lou Nimkoff, who has made REALTOR® Safety a priority in his tenure. “Agents routinely put themselves in vulnerable positions throughout the practice of real estate, from hosting open houses to meeting up with potential clients. The body cam—plus its alarm and alerting features—can offer both evidence-gathering and, just as important, prevention. If a body cam only helps make the wearer more alert to their surroundings, I’ll consider it a win.”

Would you wear a body cam? Practitioners have mixed reactions to that question. Looking back on her harrowing experience, Hinkel says her attacker may have been deterred if she were wearing a body camera—but not necessarily. He wasn’t shy about revealing his identity or providing a copy of his license. For someone like him who doesn’t seem to fear being exposed, would a recording device such as a body cam have any effect on his behavior? “I think preventative measures and learning how not to get yourself in a bad situation are so much more important,” Hinkel says, adding that self-defense training and safety education offer longer-term solutions than devices meant to be used in the moment. “I think you have to prepare your mindset.”

Michelle Jones, GRI, an associate broker at Realty Austin in Austin, Texas, says body cams may be more useful during open houses or in other environments where agents have less control over who they come in contact with, such as at model homes for new communities. Jones, who created the Real Alert safety app for practitioners in 2011 (but has since ended it to concentrate on her real estate business), says she wouldn’t wear a body camera during private showings with clients she knows and trusts. She thinks it would make them feel uneasy, and she doesn’t want to overstep boundaries when it comes to privacy. “I think for most individual agents, you should be screening people and knowing who they are before they show up,” Jones says. “I have to have a certain comfort level before I will ever meet a client in person.”

Tampa, Fla.–based real estate safety instructor John Graden says it’s never a good idea to entrust your safety completely to a gadget, smartphone app, or GPS locator. It still takes an average of seven to 11 minutes for authorities to arrive after you call 911, he says, so knowing how to protect yourself in that critical window is vital. “A body camera could serve as a deterrent, particularly if it was feeding a recording to an offsite location,” says Graden, executive director of Cobra-Defense, a real estate–focused self-defense and safety training program. “But if it’s just recording there and not being transmitted, then there’s nothing to stop the criminal from attacking you and running off with your camera.”

But warning clients and prospects that your meeting is being recorded could be an important deterrent, Graden says. He adds that there are options besides body cameras to achieve this. Brokerages may want to consider investing in portable surveillance cameras to set up at open houses, for example, and stream the footage back to the office. “I applaud any effort to keep REALTORS® safer,” Graden says. “[Body cameras are] a step in the right direction. But the best way to save yourself is having the knowledge to protect yourself.”

Wearing a body cam is a new idea in the real estate industry, and there may be local and state laws pertaining to the use of surveillance devices that you should be aware of before using one. If you use any recording device on private property, you may need to disclose it to your buyers or sellers. For example, if a seller uses a recording device to surveil his or her house during showings, the agent may need to post a sign outside saying: “This property is under video surveillance.”

“The least risky legal path is to disclose the device to clients, but I don’t know whether that lessens the safety impact of the device if the client knows the real estate professional is wearing a device,” says Finley Maxson, senior counsel for the National Association of REALTORS®. “Our best advice is for real estate professionals to consult their lawyer and state law to learn what kind of disclosure is needed, if any.”

Though he supports the use of body cams, Nimkoff doesn’t view them as an absolute safeguard. But he hopes to spark greater discussion in the industry about whether these devices could play a greater role in real estate safety. “Technology can certainly add a critical component to safety,” Nimkoff says. “But under no circumstance should technology be a replacement to the safety practices and policies that simply must be followed as second nature by both individuals and brokerages. … I know all of us want to help people buy and sell homes, but none of us should be willing to put our lives on the line for it.

“If a potential buyer or seller isn’t willing to send you their ID, meet with you at the office first, or take whatever initial steps you and your brokerage have determined is necessary to establish a relationship, then I would question whether you should be alone with them in an empty house,” he adds. “There are many ways we can be smarter agents while serving clients as well as—or better than—we ever have.”