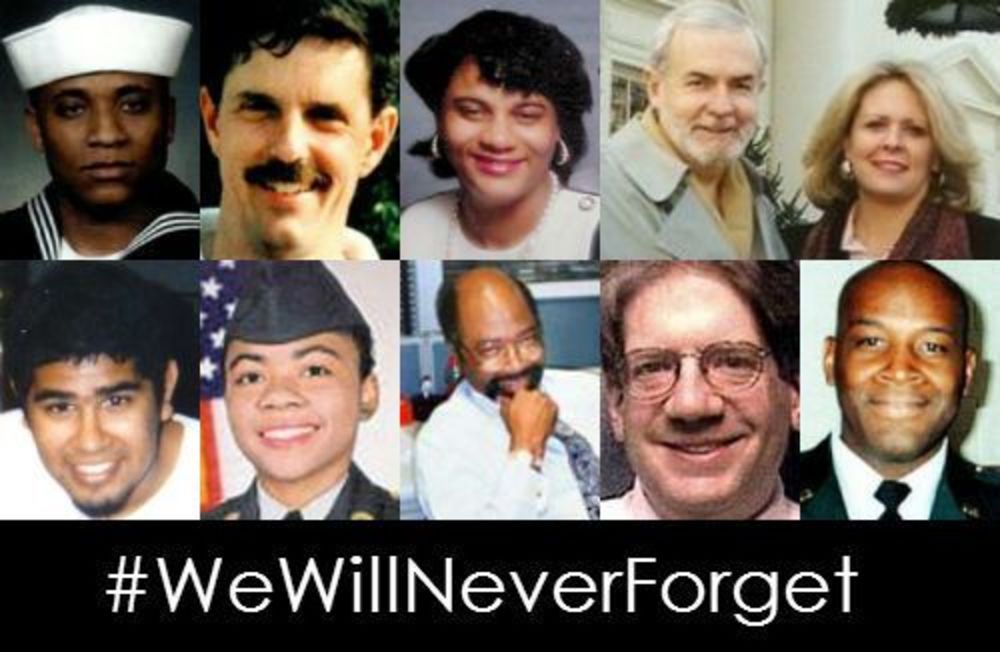 Ten Alabamians or those with connections to the state were among those who lost their lives on the terrorist attacks of Sept. 11, 2001.

Here's a look at their lives and the legacies they left behind:

Lynn Angell and her husband David were returning home to Los Angeles from a family wedding in Cape Cod when their hijacked plane hit the World Trade Center.

Lynn Angell was a native of Birmingham and attended Auburn University. The two married in 1971 and David Angell went on to become an Emmy-award winning writer for "Cheers," "Wings" and "Frasier." Before their deaths, the Angells had formed the Angell Foundation, a philanthropic organization that supported education, anti-poverty and leadership initiatives.

The Angell Foundation still exists and provides grants to an array of community service projects and organizations.

Hammond, 37, a native of Huntsville, died on United Airlines Flight 175, which hit the World Trade Center on the morning of Sept. 11, 2001. Hammond was a 1982 graduate of Grissom High School who went on to earn a doctorate in physics and worked as a scientist for the Mitre Corp. On Sept. 11, 2001, he was flying to Los Angeles for a business meeting.

Mehta, 23, was a 1996 graduate of Huntsville High School. Mehta died in the World Trade Center North Tower where he had begun working only four days earlier for the financial firm Cantor Fitzgerald. The 2000 graduate of Colorado State University was working toward a master's degree in business from Hofstra University when he was killed. A scholarship at CSU was later established in his name.

Holley, 54, was a native of Alexander City. He was working as an accountant for the Army at the Pentagon on the day of his death. A Vietnam veteran, he is buried at Arlington National Cemetery.

A native of Youngstown, Ohio, Lynch worked as senior legislative aid to Alabama Sen. Richard Shelby for 15 years, starting in 1982. In that capacity, he was critical in the move of the Aviation and Troop Command from St. Louis, Missouri to Huntsville during 1995 Base Realignment and Closure. As a member of Shelby's staff, he initiated the investigation into the Gulf War Illness and continued relations with Middle Eastern countries. For this work, Lynch was sent, as a representative of Senator Shelby and the Senate Armed Services Committee, to meet with heads of state of such countries as Saudi Arabia, Morocco, Egypt, Israel, Syria, the Czech Republic, France, England and Germany.

He was working as a consultant for Booz-Allen & Hamilton in New York but was in the Pentagon for a meeting when the airplane hit the building. He was 49 years old at the time of his death.

Lyons, 31, of Mobile, died in the attack on the Pentagon. Lyons was a Navy operations specialist in the building. He attended the University of South Alabama in Mobile for three years, pursuing a degree in medicine while working several jobs to pay for his education. Nehamon enlisted in the United States Navy in 1997. He transferred to the Pentagon in January 2001 and was an Operations Specialist 2nd Class.

Ratchford, 34, was from Prichard and left behind three young children. She died in the Pentagon, where she worked for the Navy. On the day of her death, she was moving into a new office where the plane hit.

The Navy named a classroom in Ratchford's honor.

A native of Brewton, Thurman was working in a classified job for the Army at the Pentagon on Sept. 11, 2001. She was 25. Thurman, who enlisted in the Army out of high school, served in Bosnia, Korea and Germany and was awarded the Army Commendation Medal, the Army Achievement Medal, and the Army Good Conduct Medal.

Williams was a Jacksonville native who attended the University of North Alabama. Williams, who worked as Joint Officer Distribution Manager under the Director for Military Personnel Management, died in the Pentagon attack. Williams, 40, had two children. He was a recipient of the  Bronze Star Medal, two Meritorious Service Medals, the Defense Meritorious Service Medal, the Joint Service Commendation Medal and three Army Commendation Medals, among others.

Dillard, a native of Hurtsboro, had spent much of his life in Indiana. He died when United Airlines Flight 175 had hit the South Tower of the World Trade Center.