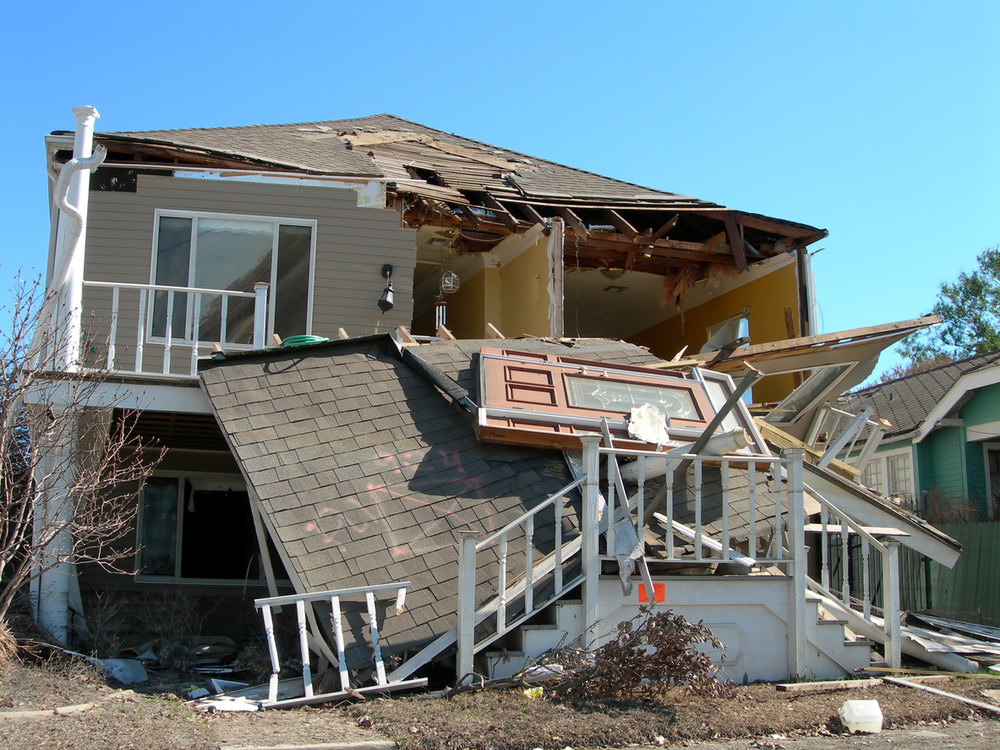 Despite the well-documented chaos wrought by sea level rise, hurricanes, and climate change, Americans keep returning to imperiled coastal areas. In fact, a new study in the journal Nature Sustainability indicates residents may be living larger than they were before the storm.

In an analysis of satellite images of five American coastal communities before and after a catastrophic weather event, the authors found “the same pattern at all five locations: since the last major hurricane, larger residential buildings have tended to replace smaller ones,” according to the study.

Eli Lazarus, a lecturer in geomorphology at the University of Southampton and lead author on the study, says that the findings have important repercussions for taxpayers. It may also fill in a few more pixels in our big picture understanding of the way Americans respond to disasters.

To estimate the mean change in real estate, Lazarus and his team gathered satellite data, from sources like Google Earth, of five hurricane-prone places: Mantoloking, New Jersey; Hatteras and Frisco, North Carolina; Santa Rosa Island, Florida; Dauphin Island, Alabama; and Bolivar, Texas. They looked at images taken before the most recent hurricane and compared them to satellite data gathered post-recovery.

Even with conservative study inclusion criteria (any structure that experienced a 15 percent or smaller change in size was excluded, Lazarus says, because with “satellite imagery, there’s tilt, the sun can glare in places, and you have to be careful with what you’re digitizing”), the results were striking. The study found that rebuilds were between 19 and 50 percent larger than the original structure. New construction increased in mean size between 14 percent and 55 percent compared to the buildings that stood before a given storm.

Lazarus admits that “people can renovate their houses for all manner of reasons,” and houses everywhere in the United States have been growing larger, irrespective of disaster. But he think his team identified an interesting and troubling post-disaster trend.

“This is where the moral hazard comes in: the risk of some choice you make is not entirely yours, it’s distributed to other people,” he says. In the United States, for example, taxpayers fund the National Flood Insurance Program, a financially-beleaguered federal entity that insures many of these enormous beach constructions. As a result, every taxpayer is inadvertently “supporting development in risky places,” he says.

There’s also concern that such disasters may be displacing poor and middle-class homeowners, allowing developers to swoop in after a catastrophe and build a wealthy renter or buyer’s dream McMansion from the ashes. In a blog post accompanying the study, Lazarus cited several such events, documented by newspapers around the country. “The one that really continues to hold my attention is the New York Times piece on the Jersey shore,” he says, citing a story about developers who were able to buy bigger lots at depressed prices, permanently changing the community.

Not every disaster-prone place is eagerly repopulated. After Hurricane Sandy, residents of Staten Island’s Oakwood Beach neighborhood decided to sell their land to the government. They hope to use the money to rebuild a life where 20-foot storm surges can’t find them. And earlier this year, the Louisiana state government began formalizing plans to buy out homes in southern marshland. There, coastal flooding agitates and endangers residents—and restoring natural ecosystems has the potential to minimize natural disasters for people farther inland.

But these are unusual incidents, well-publicized precisely because of their rarity. “The political rhetoric you hear after an event, always, is, ‘We’ll be back. We’ll make it better than ever,’” Lazarus says. That line of thinking is likely to continue, but the evidence suggests it shouldn’t.