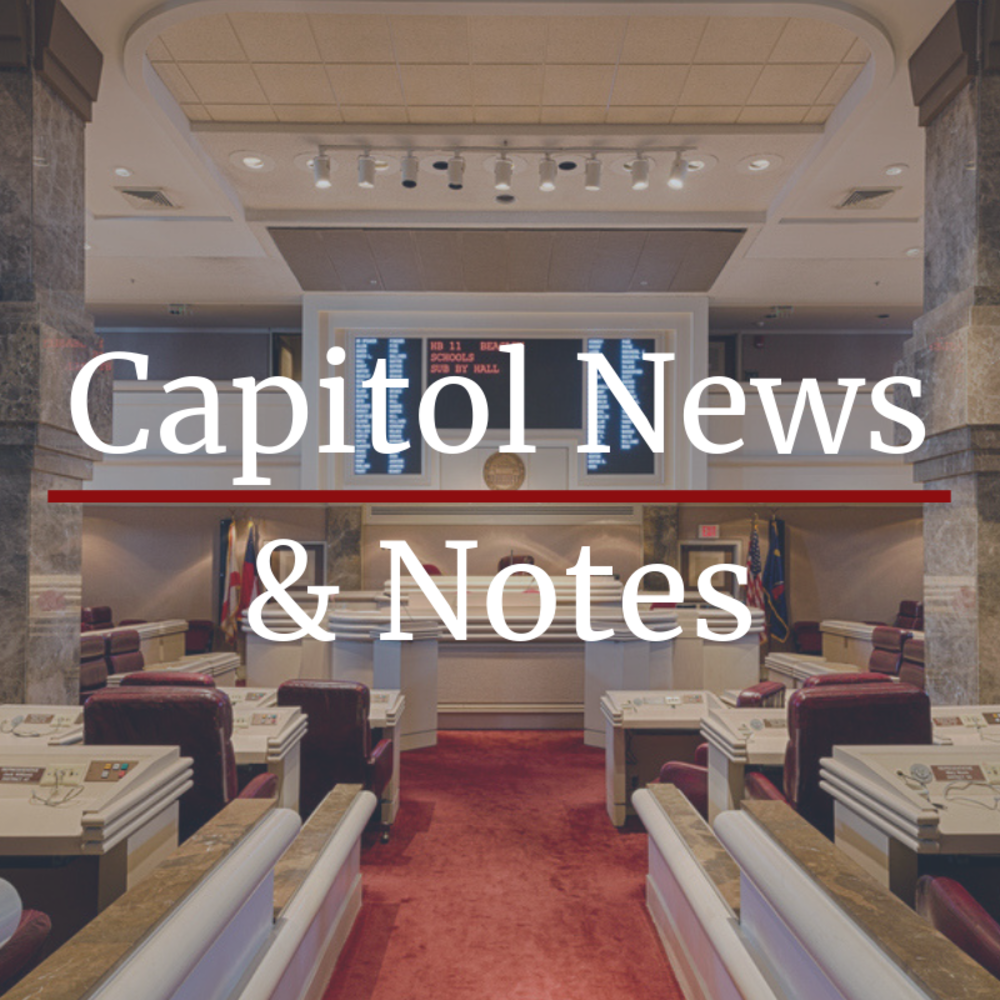 Fifteen legislative days remain in the 2019 Regular Session. It is rumored that the legislature wants to adjourn the session before Memorial Day. To accomplish that goal, the legislature is expected to have three-day weeks for the next three weeks. The main legislative task is always the budgets, and after last week, both budgets are through one house and await consideration by a committee in the second house.

This week, debate is expected to center on Representative McClendon’s lottery bill in the Senate and the abortion ban bill.

The REALTOR® License Plate bill, SB 208, successfully passed the House of Representatives on Thursday, May 2. Thank you to Representative Anthony Daniels (D-Huntsville) for picking the bill to be fifth on the list of bills considered by the House that day. This is a largely understated but vital part of the legislative process – without someone willing to pick a bill in the House Rules Committee, the bill will not be discussed on the House floor.

SB 208 will allocate the proceeds from sales of REALTOR® car tags to the Alabama REALTORS® Foundation. Through the Foundation, Alabama REALTORS® will support disaster relief efforts throughout the state, provide for other benevolent efforts for REALTOR® members, and offer educational scholarships for children of REALTORS®.

Representative Kyle South (R-Fayette) handled the bill on the floor of the House, explaining that the bill re-distributes proceeds from the REALTOR® license plate to the Alabama REALTOR® Foundation. Since the budgets have not passed, the House passed a Budget Isolation Resolution (commonly known as a BIR) on SB 208 by a vote of 90-0. Until the budgets pass, a BIR must be passed before a bill can be considered. Following passage of the BIR and upon motion by Rep. South, the House voted to pass SB 208 by a vote of 85-1.

The bill now heads to the Governor Ivey’s desk for her signature. Alabama REALTORS® sincerely appreciates Senator Jimmy Holley (R-Enterprise) for sponsoring and speaking for the bill in the Senate and Rep. South for championing the bill in the House.

Pictured Above: Rep. Kyle South addresses the House of Representatives on SB 208.

Alabama REALTORS® opposes a bill that may expand a homeowner’s responsibilities for lead-based paint. HB 466 is sponsored by Representative Reed Ingram (R- Montgomery). The bill amends the Alabama Lead Reduction Act (“the Act”) to add regulations on lead hazard reduction activities and provides increased authority to the Alabama Department of Public Health to conduct lead inspections. Among other concerns Alabama REALTORS® has with the bill, one issue is that the legislation provides inspectors from the Department of Public Health with the authority to potentially engage in intrusive inspections at private residences.

The AAR public policy team will soon provide an update regarding recent news obtained by the National Association of REALTORS® that the U.S. Environmental Protection Agency (EPA) will be stepping up its own lead-based paint reduction enforcement efforts. Alabama REALTORS® will continue to monitor the EPA’s forthcoming action and HB 466 for their impacts to homeownership.

Alabama REALTORS® is part of a coalition of business and trade associations to support the expansion of broadband access for underserved and rural areas throughout Alabama. The coalition is called the Alabama Rural Broadband Coalition.  REALTORS® from across the state have voiced concern about the need for broadband internet service in rural areas of the state. Several bills that are part of that effort passed key hurdles in the legislature this past week.

First, on May 1, the Senate Fiscal Responsibility and Economic Development (FRED) Committee passed SB 90, sponsored by Sen. Clay Scofield (R-Guntersville). SB 90 expands eligible “unserved areas” (defined as those rural areas where there is not at least one broadband service provider) to increase areas eligible for grant funding. These changes will ensure that broadband can be extended to a wider range of end users who may be receiving service with inadequate speed or capacity.

During the hearing, Senator Scofield spoke in favor of the bill. Following the discussion, Senator Cam Ward (R-Alabaster) made a motion to pass the bill, and Sen. Dan Roberts (R-Birmingham) seconded the motion. The bill passed unanimously out of committee and now awaits consideration on the Senate floor.

There was lengthy debate on the House floor regarding the bill on Thursday, May 2. Ultimately, the bill passed with 92 yes votes, 2 no votes, and 1 abstention. HB 400 will now head to the Senate for further consideration.

Pictured Above: Rep. Shedd at the House podium following passage of HB 400.