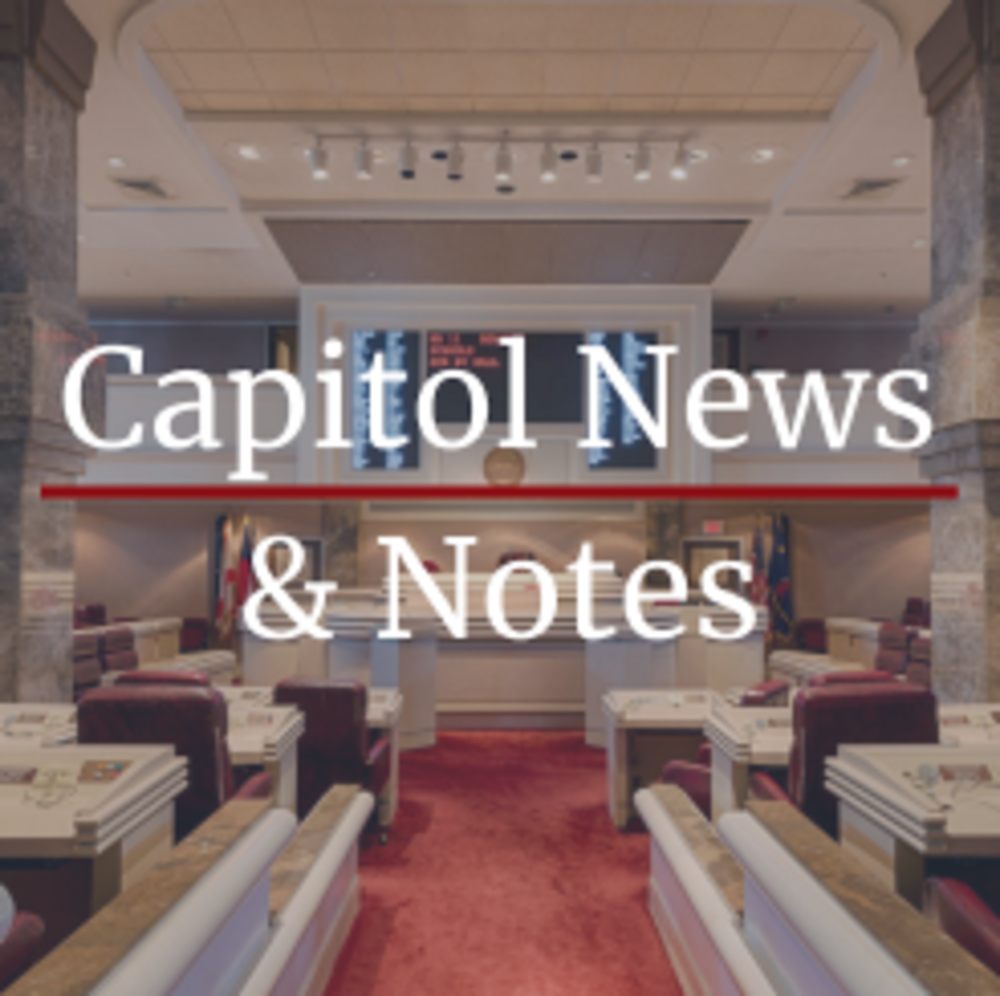 After last week’s three legislative days, the Alabama Legislature has twelve remaining days to meet. Legislative leadership wants to adjourn the session before Memorial Day weekend, so three-day weeks are expected the next two weeks. Today, the House re-convened at 1:00 pm, while the Senate re-convened at 4:00 pm.

From a REALTOR® perspective, four bills on a variety of topics, including homestead exemptions, boating safety, insurance data collection, and independent contractors, are noteworthy and discussed below.

HB 338, a bill easing the process for filing homestead exemptions and supported by Alabama REALTORS®, passed the House of Representatives on Tuesday, May 7.

Sponsored by Rep. David Faulkner (R-Birmingham), the bill allows home purchasers to complete an affidavit in order to file for homestead exemptions. The affidavit can be completed at closing and then be filed by the closing attorney or another. After a technical amendment was successfully placed in the bill, HB 338 passed the House of Representatives by a vote of 96-0 with one abstention.

Alabama REALTORS® thanks Rep. Corley Ellis (R-Columbiana) for explaining the bill to his peers on the House floor and Rep. Mike Jones (R-Andalusia) for choosing the bill to be placed third on the House Special Order Calendar. HB 338 now goes to a committee in the Senate.

HB 520, sponsored by Rep. Ginny Shaver (R-Leesburg), passed the House Public Safety committee last week. The bill enhances boating safety by limiting boat speeds in certain situations. Specifically, the bill sets boat speeds at idle within 100 feet of various public-use locations, like docks, restaurants, swimmers, and public beaches. According to the sponsor, the proliferation of boats with extremely large wakes has caused issues on Alabama’s bodies of water. These high-wake boats are used for popular sports like surfing or wakeboarding but can have negative impacts on others’ enjoyment of the water. Other boats must navigate the large waves, and lakeshore property owners deal with high inundation of docks and heightened erosion of shorelines caused by the large wakes.

Alabama REALTORS® supports HB 520 and its protections for property owners on bodies of water.

This REALTOR®-supported legislation authorizes the Department of Insurance (“the Department”) to create educational and informational programs and presentations for consumers regarding insurance and other matters regulated by the Department. In addition, the bill requires insurance companies to submit specific data in annual reports to the Department. The data must detail the direct incurred losses and the number of policies in force for non-hurricane wind and hail damage, as well as hurricane damage.

Under current law, insurance companies must submit reports on fire damage and wind/hail damage. This legislation requires separation of non-hurricane and hurricane damage data, to better inform the Department and stakeholders regarding losses due to these storm events.

Alabama REALTORS® was supportive of the legislation and applauds the Department of Insurance on bringing forward this legislation. The legislation awaits Governor Ivey’s signature.

On May 2, HB 541 was introduced by Rep. Wes Kitchens (R-Arab). This bill implements the Internal Revenue Service’s (IRS) 20-factor test (see IRS Rev. Rul. 87-41) to determine whether a person is an employee or an independent contractor (IC) for purposes of applying Alabama’s labor and tax laws. The AAR public policy team is monitoring this bill for potential impacts to REALTOR® members and the real estate industry. The following is a summary of the employee and independent contractor issue nationwide.

In general, the tests used by courts in evaluating whether an individual is an employee or IC are often indeterminate. In Alabama, the test for determining whether a person is an employee rather than an independent contractor has been stated as “whether that other person has reserved the right of control over the means and method by which the person's work will be performed, whether or not the right of control is actually exercised.” Martin by & Through Martin v. Goodies Distrib., 695 So. 2d 1175, 1177 (Ala. 1997) (citing Alabama Power Co. v. Beam, 472 So. 2d 619 (Ala. 1985)). This is otherwise known as the “right to control” or “right of control” test.

Some progressive states have recently adopted employee/IC tests that tend to favor those seeking to be classified as “employees” (e.g., California) (adopting the so-called “ABC” test). On the other hand, many other states have adopted the IRS’ 20-factor test, which is becoming more favored by the business community.  In Tennessee, legislation was recently passed by both houses of the legislature and transmitted to the Governor which adopts the IRS’ test for purposes of taxation and certain other employment benefits. The National Federation of Independent Business (NFIB) listed that bill as “good” legislation.

It is often difficult for a statute to clearly state who is an employee and who is an independent contractor (with the exception of very traditional “contractors” like construction workers, electricians, plumbers, etc.), without explicitly exempting a category of businesses performed by particular individuals. Indeed, just such an explicit exemption--for real estate agents--is found within the Internal Revenue Code’s provisions governing employment taxes. E.g., 26 U.S.C. § 3508.

This issue has taken on particular importance with the so-called “gig-economy,” and lawsuits abound claiming Uber and Lyft are “employers” under federal statutes. The suits typically claim employers are violating the Fair Labor Standards Act (FLSA) and thus must pay employees minimum wage and provide other benefits. The Wage and Hour Division (WHD) at the U.S. Department of Labor, the federal agency tasked with administering the FLSA, recently published an official opinion letter stating that it will not interpret that law to apply to gig economy app-based workers.

Most real estate agents are independent contractors, and thus, most brokers already abide by the IRS’ 20-factor test for federal tax purposes. So, for many, HB 541 would simply make uniform both the federal and state tests.

The AAR public policy team will continue to monitor HB 541 as it moves through the legislative process for any negative impacts on REALTOR® members and the real estate industry.