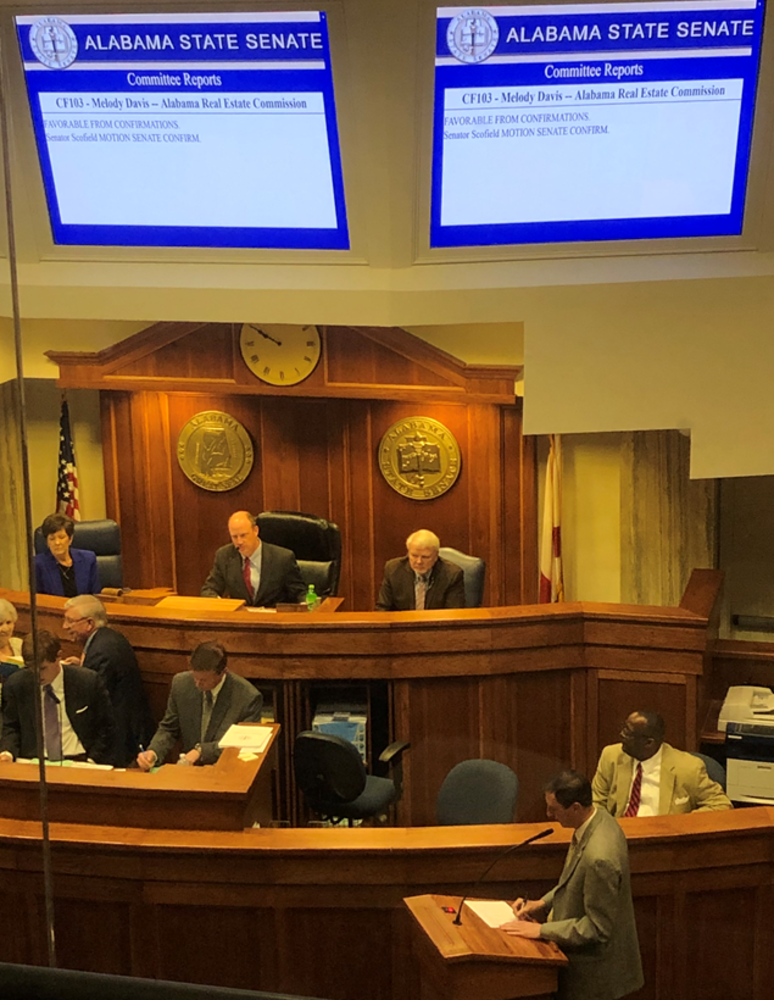 On May 23, the Senate unanimously confirmed Melody Davis of Reform, Alabama, as Commissioner of the Alabama Real Estate Commission. Senator Clay Scofield (R-Guntersville), who is the chairperson of the Senate Confirmations Committee, made the motion to confirm before the Senate.

Ms. Davis was appointed by Governor Kay Ivey to serve as the representative from the 7th Congressional District. Her appointment will begin on October 1, 2019 and expire on September 30, 2024.

The full Senate confirmation was preceded by unanimous confirmation by the Senate Confirmations Committee with a vote of 12-0. Senator David Burkette (D-Montgomery) made the motion for a favorable report, and Senator Will Barfoot (R-Montgomery) seconded.

Congratulations to Melody Davis on her appointment!