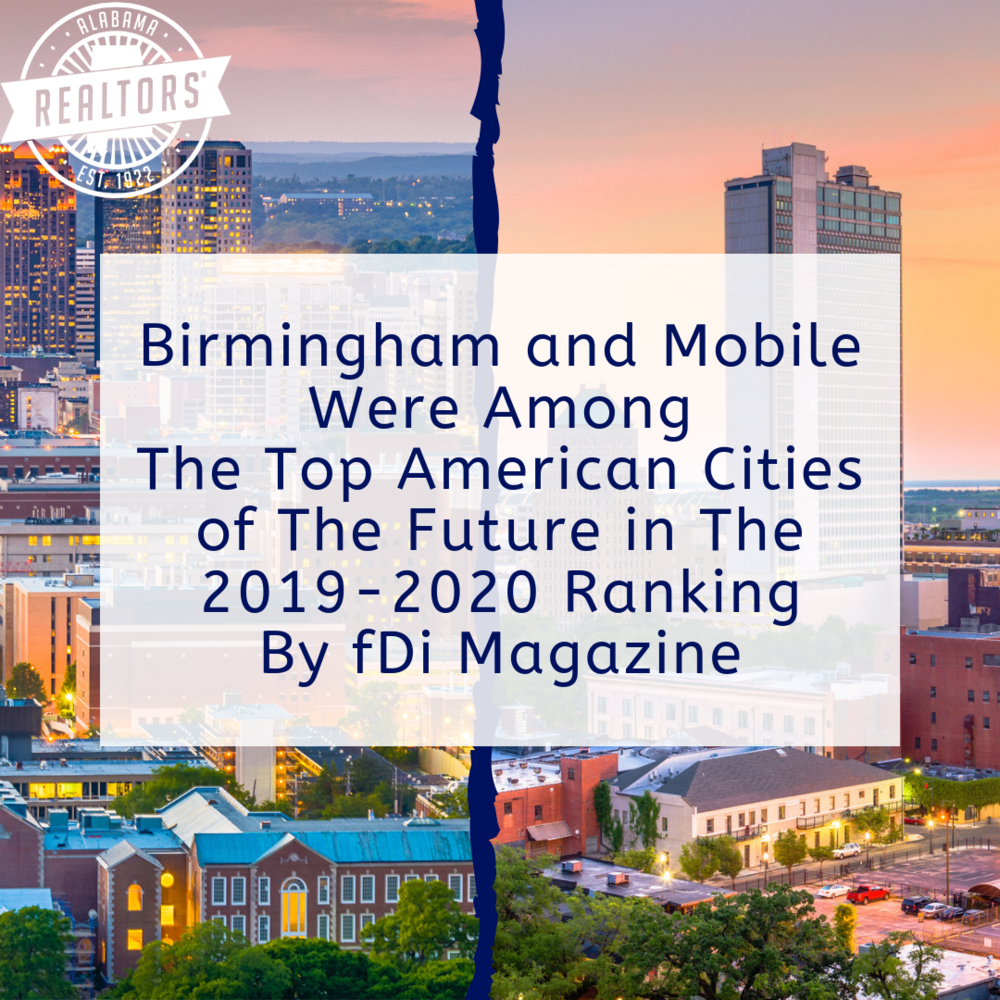 Birmingham and Mobile were among the top American Cities of the Future in the 2019-2020 ranking by fDi magazine, a news and foreign direct investment publication based in London.

Mobile was ranked No. 5 in the top 25 American Cities of the Future for Foreign Direct Investment Strategy. New York City, Chicago, Greater Montreal and Medellin (Columbia) were also among the top five.

Bill Sisson, president of the Mobile Area Chamber of Commerce said in the magazine that “while our logistics and infrastructure are unparalleled, our team oriented approach and business-friendly policies are even more impressive. I invite everyone to see why more than 50 international businesses representing 19 counties are thriving here.”

Birmingham ranked No. 9 in mid-sized American Cities of the Future overall and in human capital and lifestyle, No. 10 in connectivity and No. 4 in business friendliness.

“Birmingham is open for business,” Mayor Randall Woodfin said in a press release. “We are committed to making Birmingham a hub for qualified, diverse talent. fDi’s ranking shows that our hard work isn’t going unnoticed as we continue to fulfill our promise of innovation and inclusive growth.”

Other mid-sized American cities ranked in the top 10 overall are Raleigh, North Carolina; Salt Lake City, Utah and Richmond, Virginia. Cities in both North and South America were included in the rankings.

FDi American Cities of the ... by on Scribd