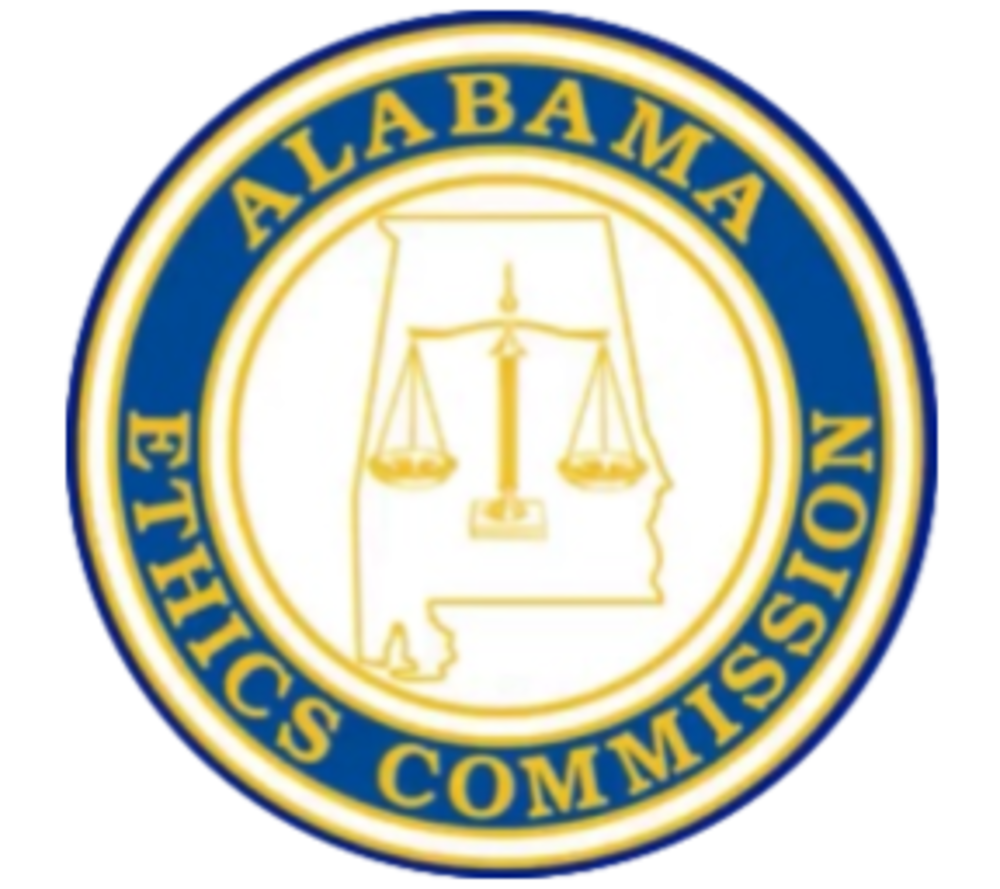 The Commission first considered a request by the Birmingham Airport Authority for an Advisory Opinion on whether the members of the Authority’s board of directors are subject to the Alabama Code of Ethics (“the Code”). The question arose in part because the Authority does not use general tax revenue to fund its operations, unlike other airport authorities in the state (for example, the Mobile Airport Authority) that do. The opinion may be of important precedential value, not merely for the question about whether quasi-governmental authority board members are “public employees,” but possibly whether board members of any corporation, including public non-profit corporations or charitable groups, may be considered “principals” under the Code if the corporation hires a lobbyist.[i]

While the Commission was ostensibly set to release the opinion at the meeting, Commission Executive Director Tom Albritton and General Counsel Cynthia Raulston requested that the opinion’s release be postponed until an Attorney General’s opinion on what “state, county and municipal funds”[ii] means in statutes outside of the Code could be obtained. According to Albritton and Raulston, whether the user fees and other fees collected by the Authority are “state, county and municipal funds” affects other statutes besides the Code (for example, it may implicate the Open Meetings Act),[iii] and the Attorney General’s opinion would help ensure harmonious statutory interpretation among both agencies.[iv] For purposes of the Advisory Opinion request under consideration at the meeting, the interpretation of the clause affects whether Authority board members are “public employees” under the Code of Ethics, which in turn would make them subject to its requirements.[v] The request for an opinion from the Attorney General would have been an unusual action for the Commission in part because it is a separate state agency, tasked with issuing interpretations of the ethics code itself.[vi]

During the meeting, Mark White, the attorney for the Birmingham Airport Authority, disagreed that the Commission should seek an opinion from the Attorney General, and asked for the Commission to direct release of the requested Advisory Opinion. Commission Executive Director Tom Albritton stated that the request to the Attorney General would not seek an interpretation of “state, county and municipal funds” for purposes of the Code of Ethics, but rather would ask for its interpretation when used in other state statutes.

The Commission then considered an Advisory Opinion dealing with whether a city council member in Gadsden can contact governmental entities on behalf of his business (his business relies on facilitating telecommunication service contracts with government agencies of various types). The Commission kept with precedent[vii] and approved an Advisory Opinion which allows the council member to do so, subject to the caveats that he may not use or disclose confidential information gained from his council service, that he not solicit or receive anything for the purpose of corruptly influencing his official actions, and that he not solicit business with entities who have pending matters before the council.

During the meeting, Commissioner John Plunk expressed concerns about latent conflicts of interest. The Commission voted to approve the opinion’s release 3-1, with Commissioner Plunk voting against it.

The Secretary of State has the statutory duty of overseeing the reporting of contributions and expenses by candidates for political office and has the authority to levy fines for violations, ranging from under $100 to thousands of dollars.[viii] The Ethics Commission is the state agency tasked with hearing appeals of these fines.

The Commission heard multiple appeals of penalties issued by the Secretary of State’s Office for violations of the FCPA. Those appealing primarily asked for leniency due to lack of awareness regarding the requirements of the law, or computer or paperwork errors. The Commission waived most of the fines while upholding fines against several political party committees. Multiple commissioners stated that county and state political parties need to be incentivized to institute proper campaign finance reporting operations and should not be treated with too much leniency.

The Commission then met in “executive session,” meaning a closed-door session where only parties to complaints are allowed in attendance. These proceedings are closed to the public because they relate to the character and reputation of public officials and employees or are otherwise covered under the Grand Jury Secrecy Act.

Background on the Alabama Ethics Commission

The Commission was created in 1973 to oversee Alabama’s ethics laws, now including the Code of Ethics and Fair Campaign Practices Act. The Commission is charged with administering and enforcing those laws, both of which impact the REALTOR® mission of advocacy. The Commission consists of five commissioners, appointed by the Governor, Lieutenant Governor, and the Speaker of the House of Representatives. Day-to-day activities of the Commission are handled by the Executive Director and staff. The Commission’s mission is “to ensure that public officials are independent and impartial; that decisions and policies are made in the proper governmental channels; that public office is not used for private gain; and, most importantly, that there is public confidence in the integrity of government.”

[v] A public employee is a person employed at the state, county, or municipal level of government or their instrumentalities who is paid in whole or in part from state, county or municipal funds. Ala. Code § 36-25-1(26). Among the questions before the Ethics Commission in Advisory Opinion 2019-07 are, if board members of the Authority are “public employees” under the Code, whether they must file Statements of Economic Interest with the Ethics Commission, and whether board members are “principals” under the Code if the Authority retains a lobbyist. See Birmingham Airport Authority Request for Alabama Ethics Commission Advisory Opinion, pp. 2, available here.

[vi] The Commission and the Attorney General have recently disagreed about interpretive authority over another statute which the Commission administers-the Fair Campaign Practices Act, or “FCPA”-regarding whether the Commission has the authority under the FCPA to dismiss both financial penalties and the existence of violations themselves issued by the Secretary of State against violators of the FCPA. See Attorney General Opinion 2019-021, pp. 3-5 (criticizing the holding in Ethics Commission Advisory Opinion No. 2018-11, at pp. 6).

[vii] The Commission cited four Advisory Opinions it has previously issued on the subject of conflict of interest by public officials governed under Ala. Code § 36-25-2(b), each approving conduct of a public official on behalf of the official’s business or employer, as long as the Code’s prohibitions were not violated. See Advisory Opinion 2019-08, pp. 3-4.