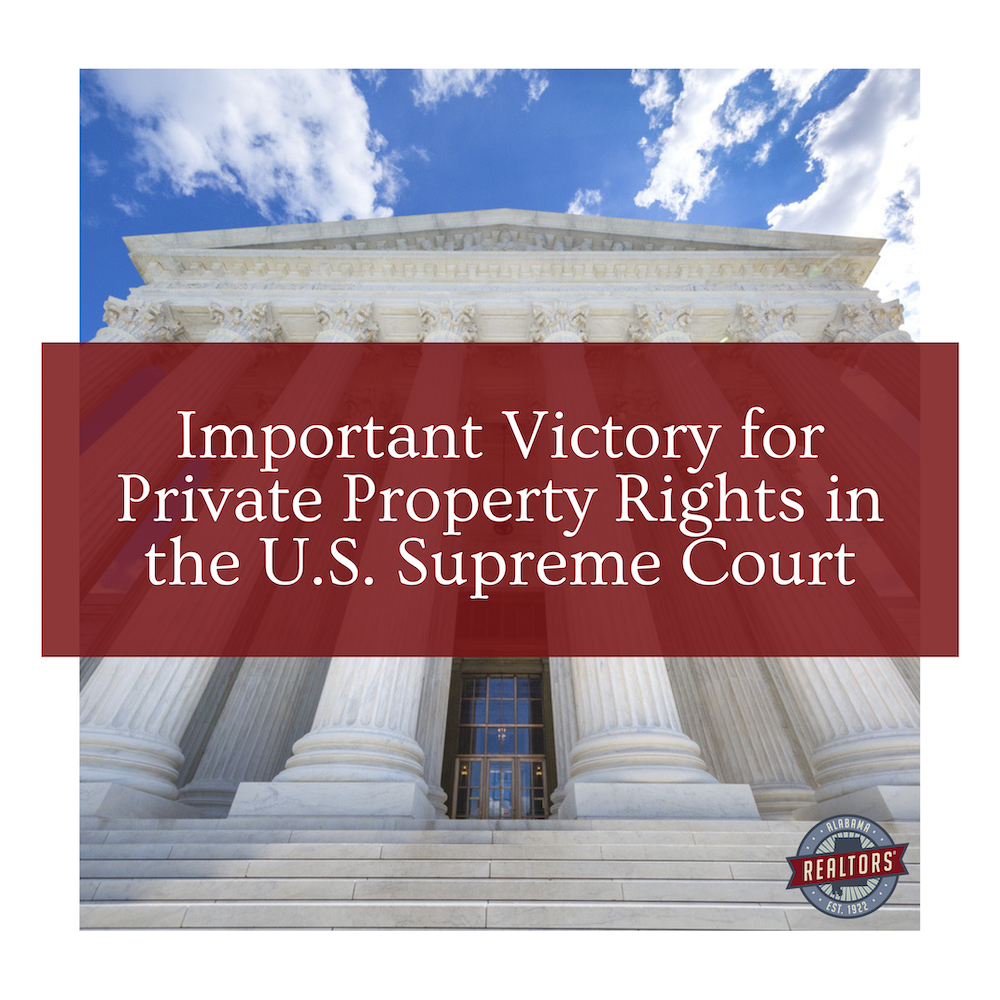 On June 21, 2019, the Supreme Court issued its much-anticipated decision in Knick v. Township of Scott. The Legal Helpdesk previously wrote about that case here. In a 5-4 decision with Chief Justice John Roberts writing for the majority, the Court held that a property owner may bring a Fifth Amendment takings claim directly in a federal court, rather than having to go to state court first. The Court overruled a previous case (Williamson County v. Hamilton Bank) that held takings claims were not “ripe” for consideration by federal courts until they had first gone through litigation at the state level.

You may be interested to know that the National Association of REALTORS® has issued a statement in support of the decision, which you can view here.