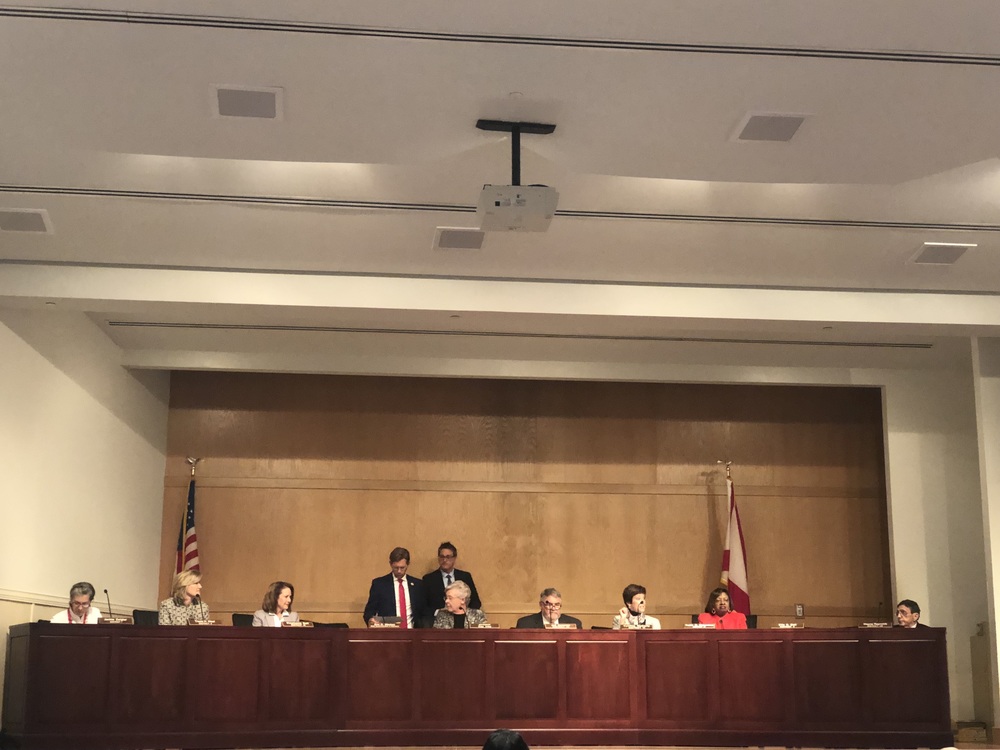 On August 9, the Alabama REALTORS® Public Policy team monitored the State Board of Education (BOE) meeting in Montgomery for impacts on the real estate industry and property owners.  The State BOE has a tremendous responsibility in overseeing our schools, and the quality of our school systems affects the real estate industry, economic development, and property values in Alabama.

In the meeting, the BOE conducted mostly routine business, but there were a few agenda items of note. Two resolutions were approved:

Dr. Mackey then reported that Alabama received the national Jobs for America’s Graduates (JAG) “Five of Five Award,” an award that few states receive. This award recognizes states and sites for achieving or surpassing all five of the performance outcomes.

Based off the national Jobs for America’s Graduates model, JAG identifies and provides educational support and success strategies for Alabama’s highest at-risk students by partnering JAG-eligible students with educational specialists who mentor and equip the students with what is needed to graduate and succeed after high school

Craig Collins, Educational Administrator for the Alabama State Department of Education, said the JAG program was more successful this year due to support from the Governor and additional funding support from the legislature. Collins further stated that $292,000 is the average costs of a high school drop out in Alabama. 225 seniors who were supposed to drop out of high school were enrolled in the JAG program in 2019. Of the 225 seniors, 221 of those students went on to graduate. Just this graduating class saved taxpayers an estimated $64 million.

In his State Superintendent report, Dr. Mackey stated that 90% of students have started back to school. He has received good reports overall for the first week of school. Dr. Mackey further noted that according to the American School Counselor Association, Alabama is the most improved state for teacher-counselor ratio.  Since the 2015–2016 report, Alabama gained 269 new school counselors, decreasing the state’s student-to-school-counselor ratio 15% since the 2015–2016 school year from 491-to-1 (2015–2016) to 417-to-1 (2016–2017).