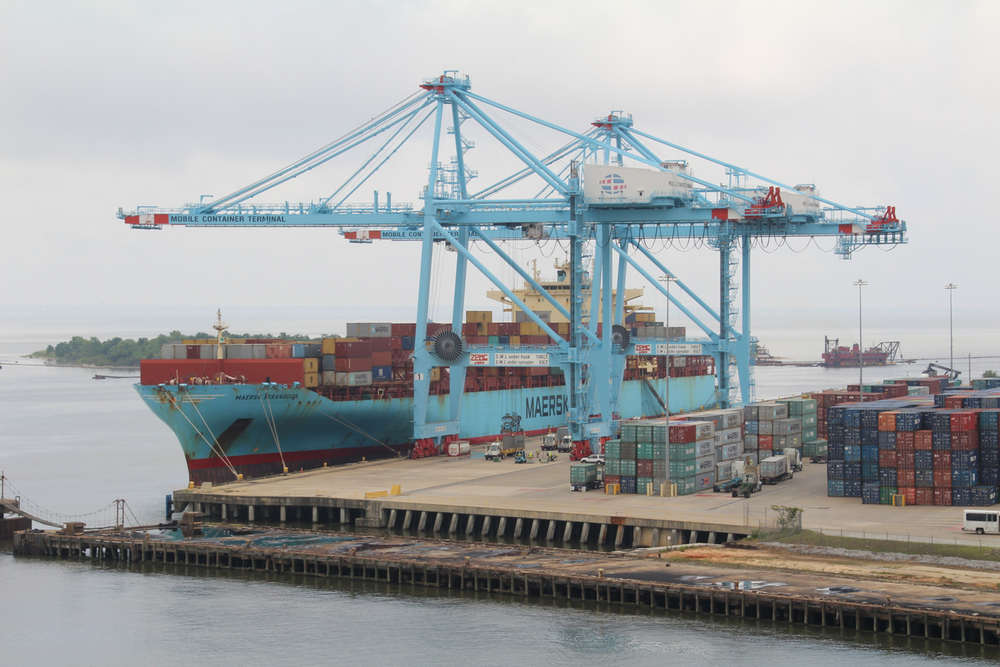 The historic planned modernization of the Port of Mobile is moving forward.

The Alabama State Port Authority on Monday announced it has received federal authorization to upgrade Mobile Harbor to accommodate larger vessels and improve transit efficiencies at Alabama’s only deep-water seaport.

In a statement, James K. Lyons, director and chief executive officer for the Port Authority, said, “With completion of the Phase 3 expansion, the port and its partner, APM Terminals, will have nearly $500 million in container intermodal assets to serve our customers. As demand dictates, we’re positioned to respond quickly to further expansion.”

The deepening and widening of the harbor channel has been a long time coming, with the landmark leadership of Senator Richard Shelby (R-AL) and Governor Kay Ivey’s Rebuild Alabama Act paving the way for the necessary funding.

In June 2014, the Port Authority requested that the Corps initiate the necessary studies to achieve justified improvements to support the seaport’s rapid growth in manufacturing, mining, retail/distribution and agribusiness markets.

The resulting Mobile Harbor GRR and SEIS underwent a $7.8 million, comprehensive four-year study to evaluate the benefits and potential impacts of the project. Throughout the study process, the Port Authority and the USACE jointly conducted public scoping meetings, general public meetings in both open house and town hall formats, numerous meetings with cooperating agencies and extensive focus group meetings with seafood interests, commercial fisherman, environmental non-governmental organizations, Dauphin Island property owners and interests and environmental justice communities. In May 2019, the Environmental Protection Agency released the Draft GRR/SEIS for public comment to be considered in the preparation of the Record of Decision.

The U.S. Army Corps of Engineers will next execute a design agreement with the Port Authority to begin the preconstruction, engineering and design phase. Construction on the modifications could begin in late 2020.