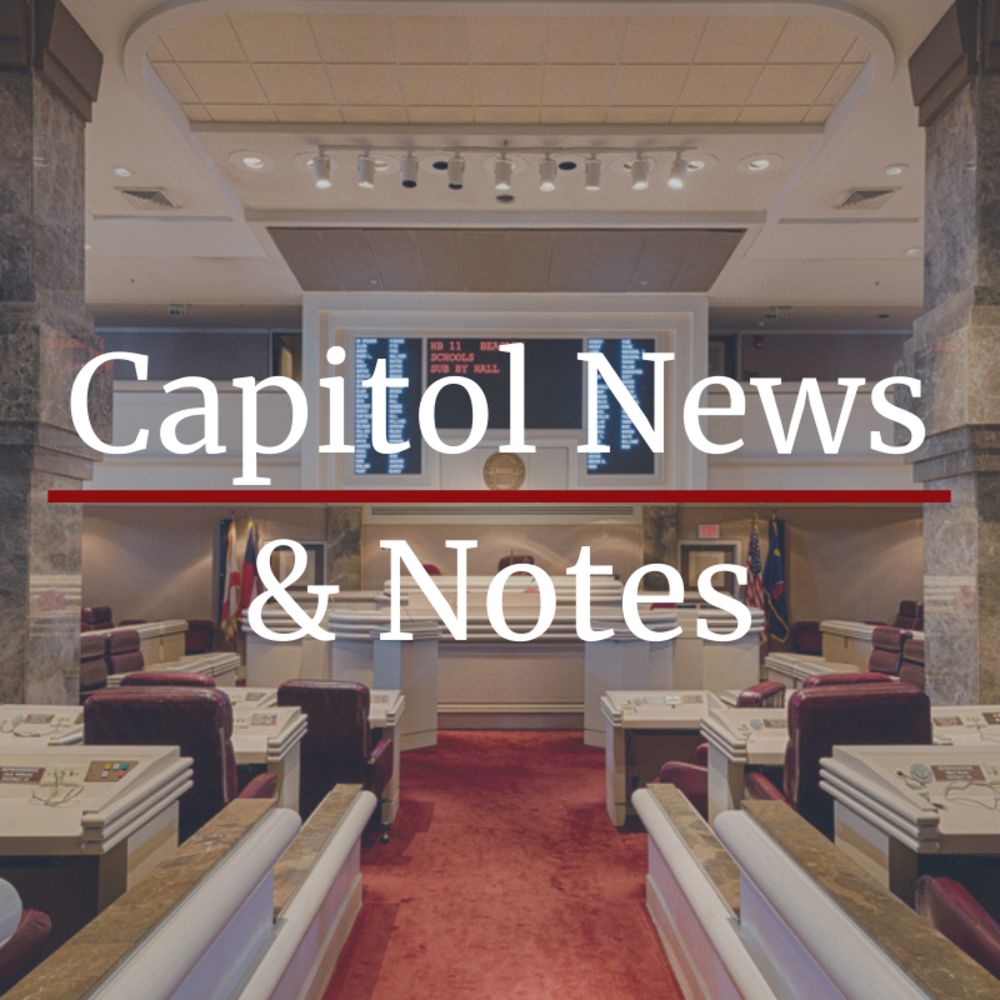 The first week of the 2020 Legislative Session is officially in the books. The Alabama Legislature gaveled into the 2020 Regular Session on Tuesday, February 4th at high noon. By law, the regular session is limited to 30 days within a period of 105 calendar days. Typically, the Legislature has two “legislative” days per week, usually Tuesday and Thursday, and one day dedicated to committee meetings, usually Wednesday. Last week, the Legislature used two of its available 30 meetings for the 2020 Regular Session, which leaves 28 days remaining.

State of the State

On the night of February 4, Governor Kay Ivey delivered her annual State of the State address and covered many of her agenda items, including the prison crisis, education initiatives, and the importance of funding both mental and rural health.

For her education initiatives, Ivey requested that lawmakers support a $1 billion bond for capital improvements at schools and colleges around Alabama. She also brought up Amendment 1 that would change the elected state Board of Education to an appointed Board and urged voters to approve this amendment on March 3. She called for a 3% pay increase for education employees in addition to a third consecutive 2% raise for state employees.

Finally, Ivey announced that she is forming a work group to study the impacts of a lottery and casino gambling and requested that lawmakers slow down proposals on these issues until they have more facts.

Before session officially kicked off on Tuesday morning, lawmakers were informed that there would be close to $400 million more available to be appropriated in the General Fund (GF) and Education Trust Fund (ETF) budgets for 2021. The budgets continue to grow due to record low unemployment and an overall strong economy. This year and without including federal funds, the total state funds appropriated were $12.9 billion, with $2.2 billion falling into the General Fund, $7.1 billion in the Education Trust Fund, and $3.6 billion in the other state funds. While there shouldn’t be too many issues getting a budget passed this year, state budget analysts did caution lawmakers to spend funds with caution because the economy is expected to slow next year.

Things are moving along after the first week of session with a few bills of interest passing through their respective committees with a favorable report, garnering a second reading (bills require three “readings” in each house to pass the Legislature).

HB12—Sponsored by Representative Collins (R-Decatur), HB12 would allow property within overlapping police jurisdictions to be annexed with the consent of all property owners and assent to annexation by all the affected municipalities. The bill was reviewed in front of the State Government committee, and after lawmakers confirmed that consent would be required by all parties, the bill was given a favorable report and placed on the House calendar.

On Thursday before the House convened for Day 2, the House County and Municipal Government Committee considered HB147. During the public hearing, the Committee heard statements opposing the bill from the President of the Montgomery City Council, Charles Jinright, and the Deputy Director of the Alabama League of Municipalities, Greg Cochran. After a motion by Representative Steve McMillan (R-Bay Minette) and a second by Representative Reed Ingram (R-Montgomery), the bill received a favorable report.

SB53—Sponsored by Senator Burkette (D-Montgomery), SB53 would authorize a municipality or county to establish a local redevelopment authority for economic development or rehabilitation for property that is contiguous to an active U.S. Air Force military installation. This bill does not include the power of eminent domain or strip any private property rights. The bill received a favorable report in the Veterans and Military Affairs committee and is now pending a third reading.

The Legislature plans to reconvene on Tuesday, February 11, at 2:00 pm, and the Alabama REALTORS® Public Policy team will continue to monitor legislation for impacts to the real estate industry.