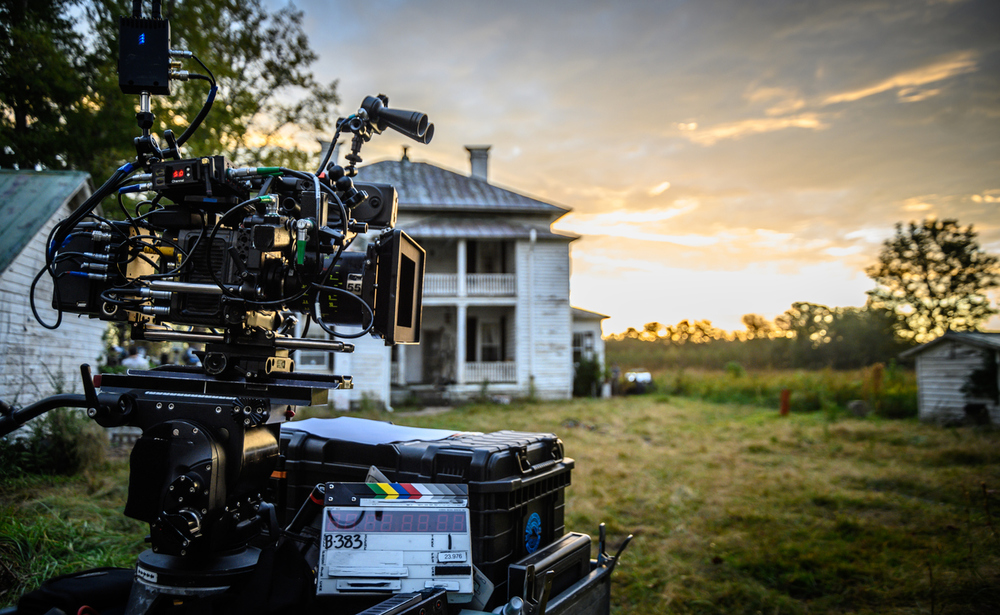 The cameras are rolling on a golden period for film activity in Alabama, which is generating a record level of production expenditures while creating jobs and elevating the state’s profile in the industry.

The Alabama Film Office reported the 20 approved film and TV productions that qualified for state incentives in 2019 spent nearly $72 million while in Alabama, up from $63.5 million during the previous year.

In addition, rebates approved to offset production costs totaled just under the ceiling of $20 million last year, eclipsing the previous record of $19 million set in 2018.

Kathy Faulk at the Alabama Film Office said 2020 is shaping up to be a blockbuster year as well.

Since Oct. 1, the beginning of the fiscal year, more than a dozen entertainment productions have already qualified for tax rebates to film in Alabama, Faulk said.

She expects incentives to once again reach the $20 million cap, indicating a high level of expenditures in the state.

“With the increasing popularity of streaming services such as Netflix, Amazon Studios, Disney+, HBO Max, CBS Access and Apple TV+, there is a growing demand for original filmed content,” Faulk said.

The Alabama Film Office projects that the escalating level of production spending in the state has created thousands of jobs over the past few years.

In 2012, for example, expenditures by qualified productions in Alabama totaled $33.5 million, less than half today’s level.

“Film productions have a huge economic impact when they come to a community. Many local behind-the-scenes crew such as carpenters, electricians, painters, technicians, make-up artists and extras are hired. Creating jobs is what this is all about,” Faulk said.

“A production will use local businesses such as catering services and equipment rentals. They also rent office space, homes, buildings, public and private property, etc. for locations. Cast and crew also fill up area hotels and neighborhood restaurants,” she added.

Two movies are now being filmed in Alabama, and another is on the way.

Brian Jones, also with the Alabama Film Office, said the state often sees lasting economic dividends from films beyond just the jobs they provide while shooting in Alabama.

“A major motion picture such as ‘Just Mercy’ will attract thousands of visitors to Montgomery’s civil rights sites, much like the music documentary ‘Muscle Shoals’ attracts visitors to the Shoals area,” Jones said.

“These movies will continue to impact the state’s tourism industry for years to come as new audiences watch them on video, streaming services and cable networks.”

“Just Mercy,” starring Michael B. Jordan and Jamie Foxx, was partially filmed in and around Montgomery beginning in August 2018. The Warner Bros. production recounts the true story of how attorney Bryan Stevenson (played by Jordan) cleared inmate Walter McMillian (Foxx), who was wrongly convicted of murder.

The film entered wide release at theaters in January and has earned critical praise.

Meanwhile, movies filmed in Alabama during 2019 will soon make their debuts.

One of them, “I Still Believe,” had a private screening earlier this month in Mobile, where it was shot. Distributor Lionsgate has set widespread release for March 13, and it will become the first faith-based movie to play in IMAX theaters, beginning March 11.

Jean and I were thrilled to attend a private screening of “I Still Believe,” a new movie based on the true story of Christian music star Jeremy Camp. pic.twitter.com/lIfONsqvDZ

“I Still Believe” is the fifth film from Birmingham brothers Jon and Andy Erwin to feature Alabama. It depicts the true story of Christian music star Jeremy Camp and his journey of love and loss. Stars include Gary Sinise, Shania Twain, KJ Apa (“Riverdale”) and Melissa Roxburgh (“Manifest”).

Another anticipated Alabama-filmed release is “The Devil All the Time,” a Netflix psychological thriller with an all-star cast that includes Tom Holland, Robert Pattinson, Bill Skarsgård, Sebastian Stan, Mia Wasikowska and Eliza Scanlon.

“The Devil All the Time” is described as a Midwestern Gothic tale that unfolds over two decades and features a cast of nefarious characters that includes a serial-killer couple, a faith-testing preacher and a corrupt sheriff.

Principal photography took place in locations in and around Birmingham, Anniston and Pell City between February and April 2019.

These include “Love and Marriage: Huntsville” for Oprah Winfrey’s OWN Network, “Sweet Home Sextuplets” for TLC (Guntersville) and “The Cowboy Way: Alabama” for INSP (Wiregrass area).

Alabama also boasts the long running syndicated series “Today’s Homeowner with Danny Lipford,” which films in Mobile and is entering its 22nd season.

The state is very popular with the high-profile HGTV channel, which films a large number of episodic shows here. HGTV also filmed a full season series, “Beach Flip,” in Gulf Shores that aired in 2016.

Faulk said Alabama offers a wide variety of locations for film production crews, with a completely different look from one end of the state to the other, ranging from beaches to mountains and just about everything in between.

“Birmingham and Mobile continue to be our largest draw for film due to their size, diversity of locations and availability of crew. Huntsville also draws a great amount of interest, especially at the Space and Rocket Center,” she said. “Because we have so many beautiful and diverse state parks, they continue to be extremely popular for filming.

“But activity is taking place in many other cities across the state. Last year, we had filming in a wider range of locations, including Tuscaloosa, Montgomery, Dothan, Fairhope, Anniston, Jacksonville, Montevallo, Bessemer, McCalla and York,” she added.

The Alabama Film Office is part of the Alabama Department of Commerce.