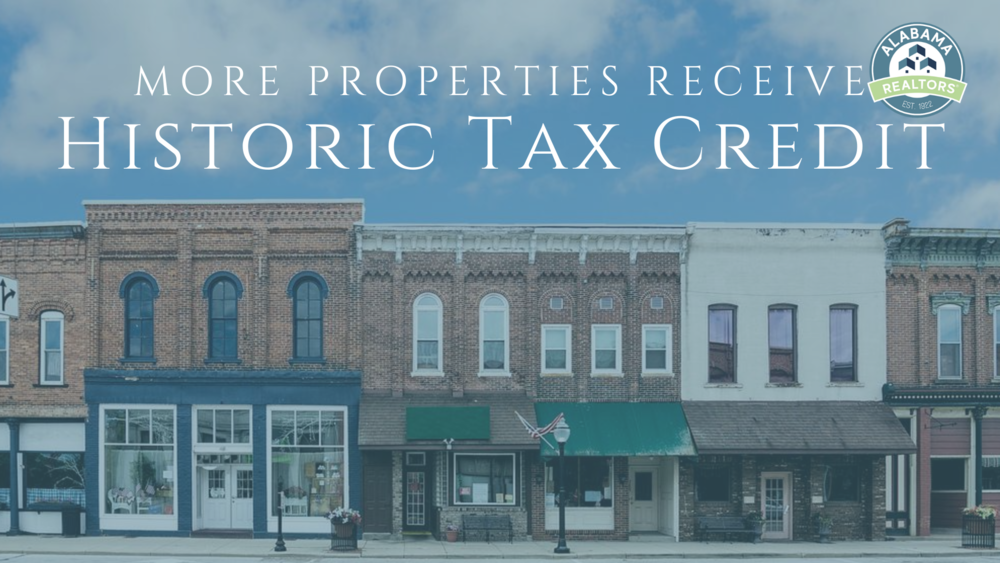 The six new rural projects, the locations, and amounts requested by each are listed above. Since 2018, 22 rural applications have been approved, although three rural projects have had their approvals rescinded. With two rescinded projects receiving a second approval upon re-application (Old Baptist Hospital and Pratt Continental Gin), the total is 21 rural projects approved. Of these, one rural project, Womack’s Theater in Monroeville, is completed, while the other 20 are in various stages.

From a monetary standpoint, these projects have received or will receive just over $16.5 million from the Alabama Historic Tax Credit for rural Alabama. But almost $9.7 million from the 2018 and 2019 rural allocation was left on the table. Under the Historic Tax Credit Bill, any rural funds remaining unallocated after a set amount of time reverts to the urban portion. This means that the $9.7 million has gone to urban projects.

The allocations from 2018 to 2022 for the 54 projects total nearly $69.7 million dollars, while the 20 waitlisted projects request over $16.25 million. The majority of the 74 projects are in Birmingham (43) and Mobile (21), while the other ten are split between Montgomery (3), Huntsville (2), Fairhope (2), Tuscaloosa (1), Homewood (1), and Daphne (1). It is interesting to note that no urban projects have had their approvals rescinded.

The map below shows where each project, including rescinded, is located.