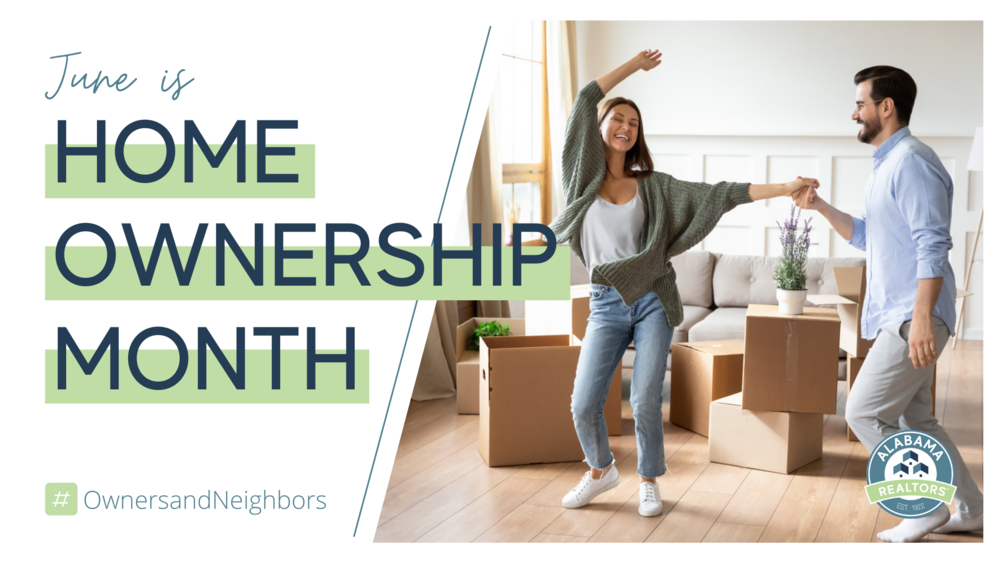 Home. It’s more than a word, more than a place and more than a thing. Home is personal, and homeownership brings a sense of pride and accomplishment to that personal space we call home. June is National Homeownership Month – a time when America celebrates homeowners, the role they play in American life, and the many tangible and intangible benefits they enjoy.

In the 1990s a week was set aside each year to recognize and celebrate homeownership. Noting the growing importance of homeownership as part of the American dream, in 1992 President George W. Bush expanded the observance to a nationally proclaimed month officially known as National Homeownership Month.

As Americans emerge from a year when home became, even more, the center of their lives, the importance of homeownership is crystal clear and has caused many families to redefine their concept of home. More than providing shelter and a place to build a life, for many home became their workplace, schoolroom and safe haven. As a result, demand for houses continues to rise as renters pursue homeownership and as existing homeowners look for new homes – and even second homes – to meet their changing needs.

That’s where Realtors® play a critical role in helping buyers achieve their dreams. From first-time homeowners navigating the process to repeat buyers winning a home in a competitive market, Realtors® work hard to bring buyers and sellers together for a mutually beneficial outcome.

Creating a win-win situation benefits homebuyers, sellers and, ultimately, communities. Our founding fathers knew the importance of owning property and the sense of emotional and financial security it provides. Homeowners invest in their neighborhoods, towns, and states. They’re taxpayers, but they also serve their communities in a plethora of volunteer roles that strengthen towns and cities all across America.

Homeownership has substantial financial rewards as well. In addition to the equity and appreciation homeowners may earn, our state and nation benefit as well. In Alabama, the real estate industry accounted for $33.8 billion, or 15 percent, of the state’s gross domestic product in 2020, according to the National Association of Realtors®. NAR projects the total economic impact of a typical home sale in Alabama as $72,900. Nationally, the impact was greater at $3.83 trillion, or 18 percent, and the economic impact of a typical home sale at $93,800.

Whether it’s the tangible numbers or the intangible pride and feelings related to homeownership, there many reasons to celebrate this important slice of the American pie.