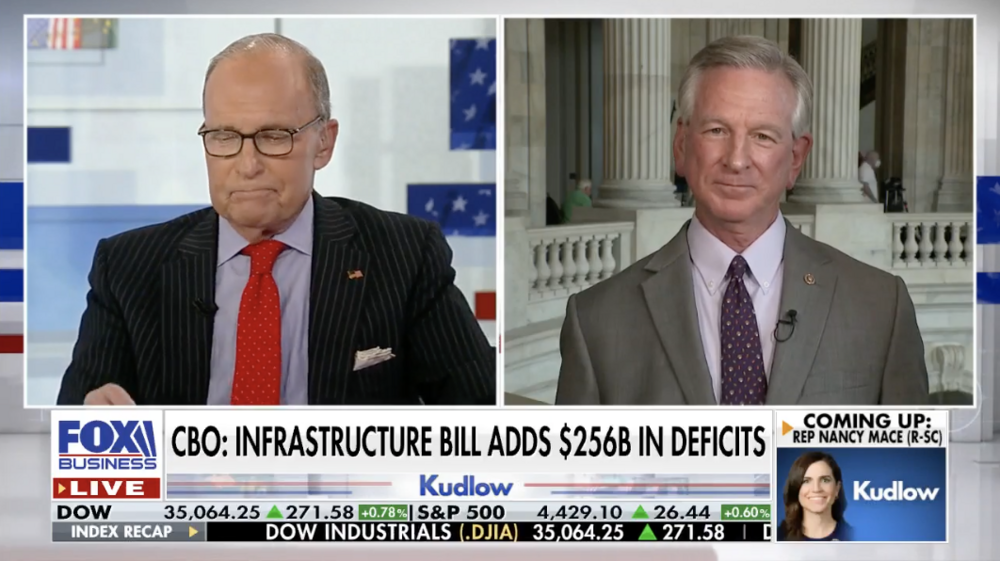 Alabama Senator Tommy Tuberville last week on Fox Business advocated for Alabama REALTORS® as it pertains to the ongoing legal challenge over the eviction moratorium, amidst a discussion covering a variety of issues. The video interview can be viewed above.

You can also read what Senator Tuberville had to say below.

“Well, as a matter of fact, it is $47 billion, Larry, and they’ve only spent $3 billion of it, 7%, which makes no sense. It’s interesting. This started in Alabama — Alabama REALTORS® Association filed the first lawsuit right after it was passed. I want to thank you for your voice of reason because my understanding is you voiced your opinion against the CDC for coming out and say, ‘Listen, why do we want to get into real estate policy?’ and rightly so.

This is just lack of leadership. You can tell President Biden is being controlled by the far-left of the Democratic Party. A bunch of them decided they couldn’t get their way of keeping this moratorium going, so they slept on the Capitol steps a few nights. And that’s how the Democrats are doing it. They just kind of push their agenda because if they don’t like what is going on, they’re going to try to get somebody to do it by some other means. And it’s just unfortunate for the people that — they need to pay their rent too. They got to pay their bills, Larry.

It is a tough situation for everybody, but I read this morning, I think in the Wall Street Journal, it’s premeditated lawlessness – exactly what this is."

Thank you, Senator Tuberville, for speaking up for Alabama REALTORS®.