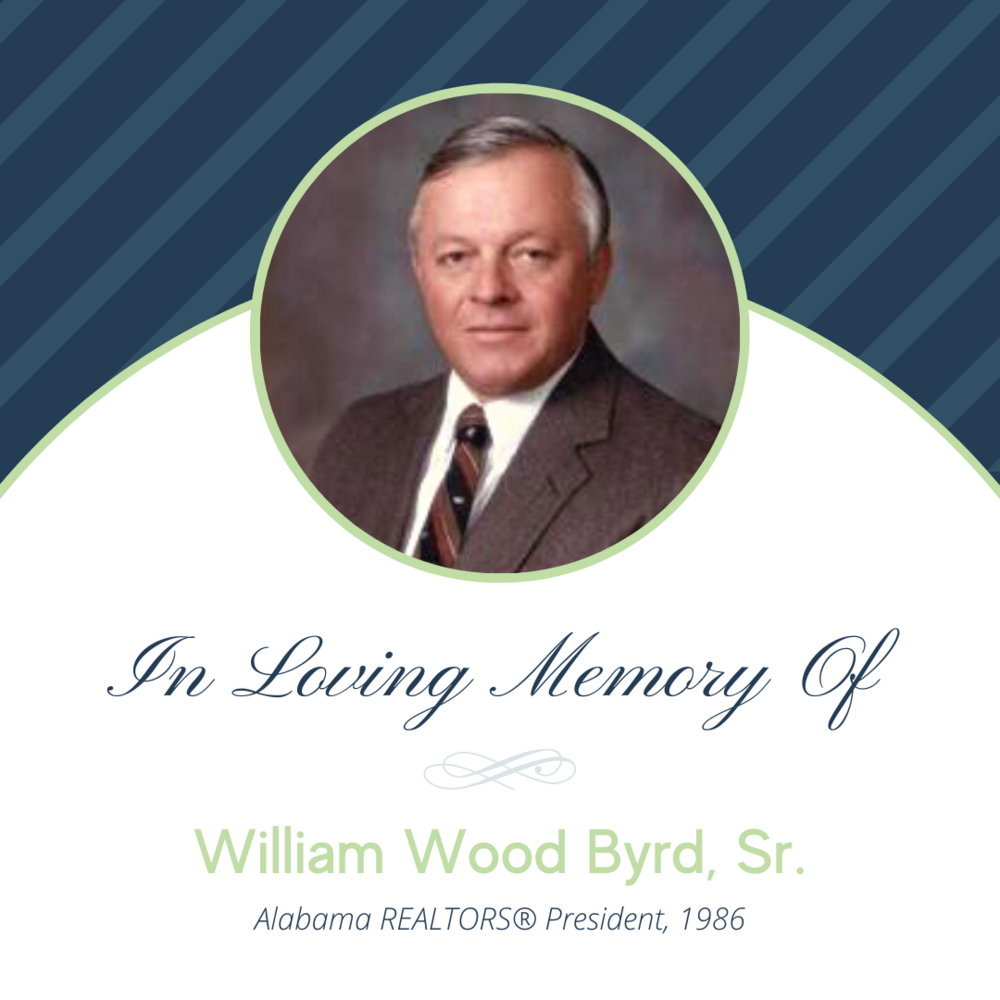 Alabama REALTORS® is saddened to learn of the passing of our friend William (Bill) W. Byrd Sr. Bill served as President of Alabama Association of REALTORS® in 1986. Our thoughts and prayers are with Bill and his family during this time of loss.

Bill is survived by his loving wife Peggy, together in marriage for 78 years, sons William Jr. and Paul, daughter Wynter, eight grandchildren, and 12 great grandchildren. Bill attended Ramsey High School, Baylor Military Academy and was a graduate of Auburn University. He was involved in the Boy Scouts of Alabama, loved his farm in Mentone, Alabama and was an avid outdoorsman, boating and saltwater fishing. Many boat excursions took place from Birmingham Black Warrior to the Tennessee River System to Knoxville Tennessee and back through to Port St. Joseph, Florida, and through the intercoastal waterway systems and ocean rides.

After leaving Auburn University, Bill attended OCS and joined the US Army and thereafter was in the National Guard for 23 years where he was commissioned 2nd Lieutenant and eventually Captain. Simultaneously, he joined Byrd Real Estate Company - Developers of the City of Vestavia Hills, Alabama and Vestavia Hills City Center Shopping Centers. The company developed English Village and portions of Mtn. Brook Village, along with Holiday Inn Hotels of America throughout Alabama, as well as many other commercial developments and residential subdivision developments over the years throughout the state.

Bill exemplified what it means to be a good steward of life and a servant leader. He will be missed greatly.