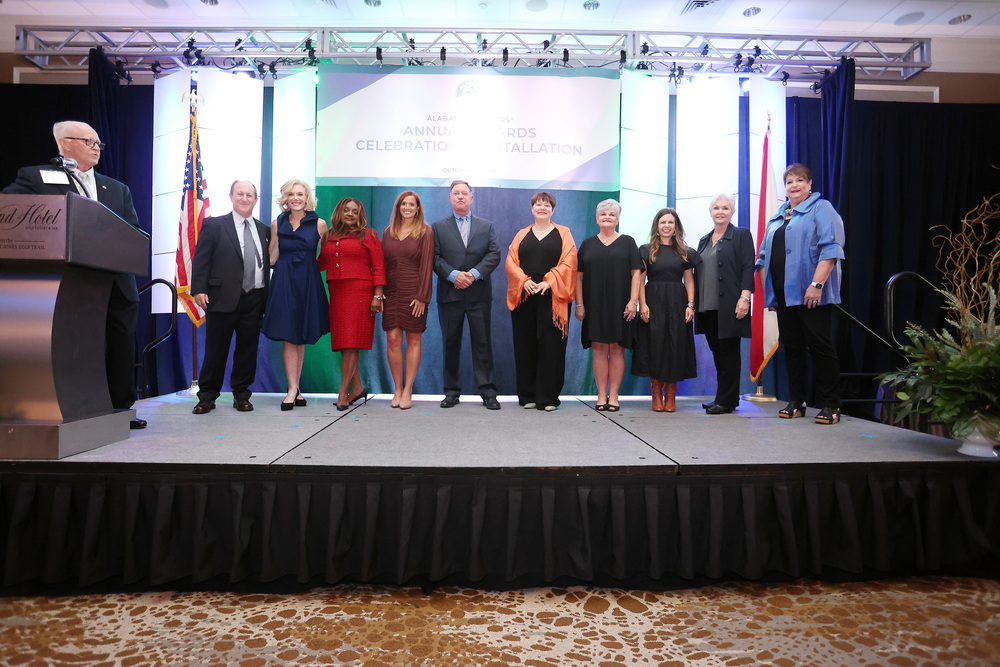 Alabama REALTORS® welcomed members to Annual Conference held at The Grand Hotel in Point Clear, Alabama October 18-20, 2021! It was great to be together in person again after being apart due to the pandemic. Over 250 members from across the state enjoyed the conference, beautiful weather, and views of Mobile Bay.

The Conference began on Monday, October 18 with a Golf Scramble benefitting the Alabama REALTORS® Foundation at Lakewood Golf Course. A great afternoon of golf was followed by an evening spent recognizing several outstanding members and the new 2022 Alabama REALTORS® Executive Committee at the Awards Celebration & Installation.

Following the dinner, attendees danced the night away to the sounds of the Alabama-based Los Locos Band.

Thank you to our members, speakers, and sponsors for making this conference a success! Be sure to mark your calendars for next year’s Annual Conference, which will be held October 11-13, 2022 at Renaissance Birmingham Ross Bridge Golf Resort & Spa.