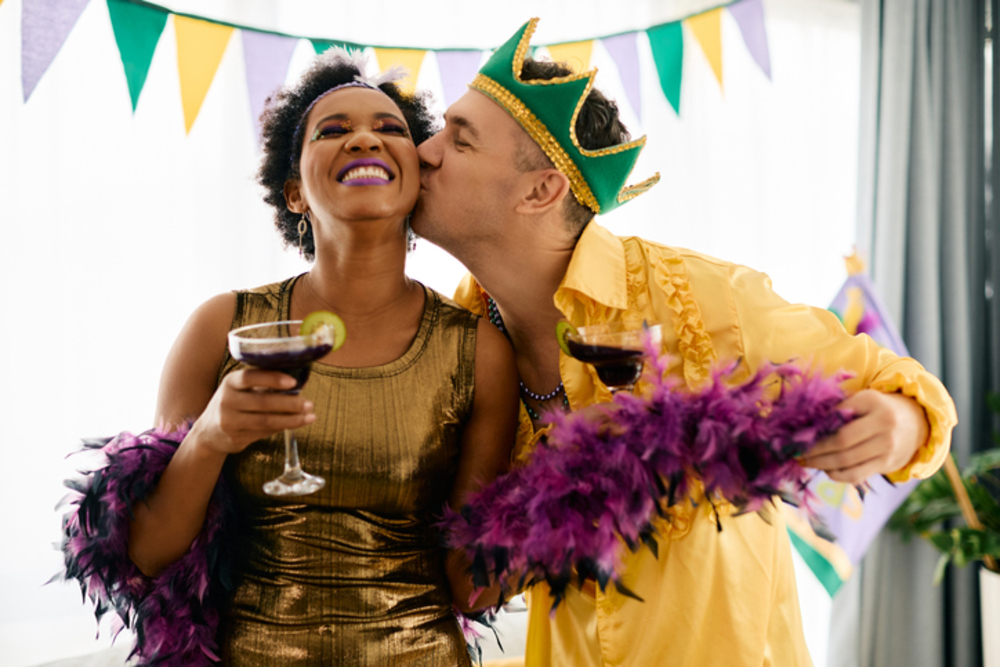 Mardi Gras is back, and the good times are rolling bigger and better than ever from Mobile to Huntsville and cities in between. To avoid pandemic gatherings, parades took a two-year hiatus that last year spawned alternatives like “Yardi Gras” festooned yards and front-porch floats in Mobile and other Alabama gulf coast towns. This year, with parades in full swing, the decorated lawns, porches, and vehicles continue as residents bring the carnival fun to streets off the parade route.

Alabama revelers take Mardi Gras seriously. After all, the celebration that is synonymous with New Orleans was conceived in Mobile in 1703. Present-day Mobile was the first capital of French Louisiana and first enjoyed Mardi Gras with a feast and masks. New Orleans adopted the pre-Lenten festivities more than a decade later in 1718. Known as the “birthplace of Mardi Gras,” Mobile boasts more than 40 parades – most sponsored by decades-old private mystic societies.

Mardi Gras is a season spanning from Epiphany to Ash Wednesday and the local Mardi Gras organizations, known as krewes, began throwing beads on January 29 on Dauphin Island near Mobile. Approaching Fat Tuesday, which falls on March 1, parade-goers will clamor for beads, coins, and candy at scores of parades across the state.

Mobile’s professionally-designed floats and large parades may be the hallmark of Mardi Gras but small communities across Alabama, like Wetumpka and Andalusia, also enjoy the beads, Moon Pies, and the visitors Mardi Gras brings to town. Andalusia hosted its inaugural Mardi Gras parade this year.

Whether your Mardi Gras is about business, pleasure, charity or just the King Cake, the good times are rolling again in Alabama. Laissez les bon temps rouler!