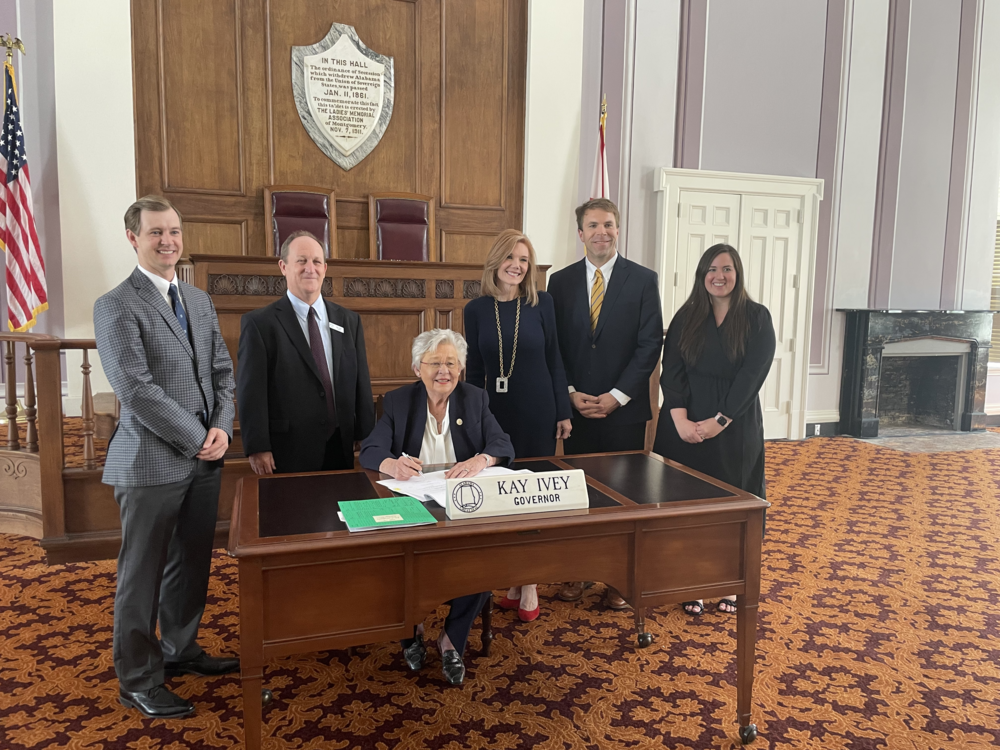 Alabama Governor Kay Ivey recently signed into law the Alabama Association of REALTORS® bill to renew the Alabama First-Time Homebuyers Savings Account (FHSA) program for an additional five years.  The FHSA, which also is available to “second chance” homebuyers who haven’t owned a home for at least 10 years, provides a state tax break as qualified buyers save for a down payment and eligible closing costs.

“The FHSA has been the catalyst for many first-time homebuyers looking to attain part of the American dream – homeownership,” said Grant.  “It’s a huge incentive for individuals and families to save toward a home and then reinvest their tax savings.  It’s a win-win.” During the program’s first year, according to the Alabama Department of Revenue, 874 state tax returns reflected the deduction totaling nearly $3.5 million.

In 2020, 901 returns had FHSA deductions totaling $3.6 million. Alabama is one of at least 14 states with savings account programs for first-time homebuyers.

“The pandemic had a chilling effect on homebuyers’ ability to save,” explained Hampton.  In her role as Public Policy Committee Chair, she said the committee saw a need to allow savers additional time to contribute to their accounts but without increasing the total allowable deductions.  “The pandemic also spawned some unusual market forces like low inventory, high demand, multiple offers and above-listing-price offers that added to the challenges of becoming a first-time or second-chance home buyer,” said Hampton.  To help buyers overcome those hurdles, the bill extended the time for savings to accrue and be spent from five years to 10 years from the date the account is opened.

The basics of the FHSA program remain the same:

Alabama REALTORS® appreciates the efforts of Representative South, Representative Mike Jones (R-Andalusia), Senator Givhan and Senator Jabo Waggoner (R- Vestavia) for ensuring HB171 achieved final passage in a packed election-year session, and Gov. Ivey for signing the bill.  Association members, who responded to a legislative call to action, were critical in giving this important homebuyer benefit an additional five-year span.  “Our  member outreach was very important ,” said Walker.  “Competition for bills to get final passage is incredibly strong during the final weeks of the session.  Hearing from our local members from every corner of the state made  all the difference.”