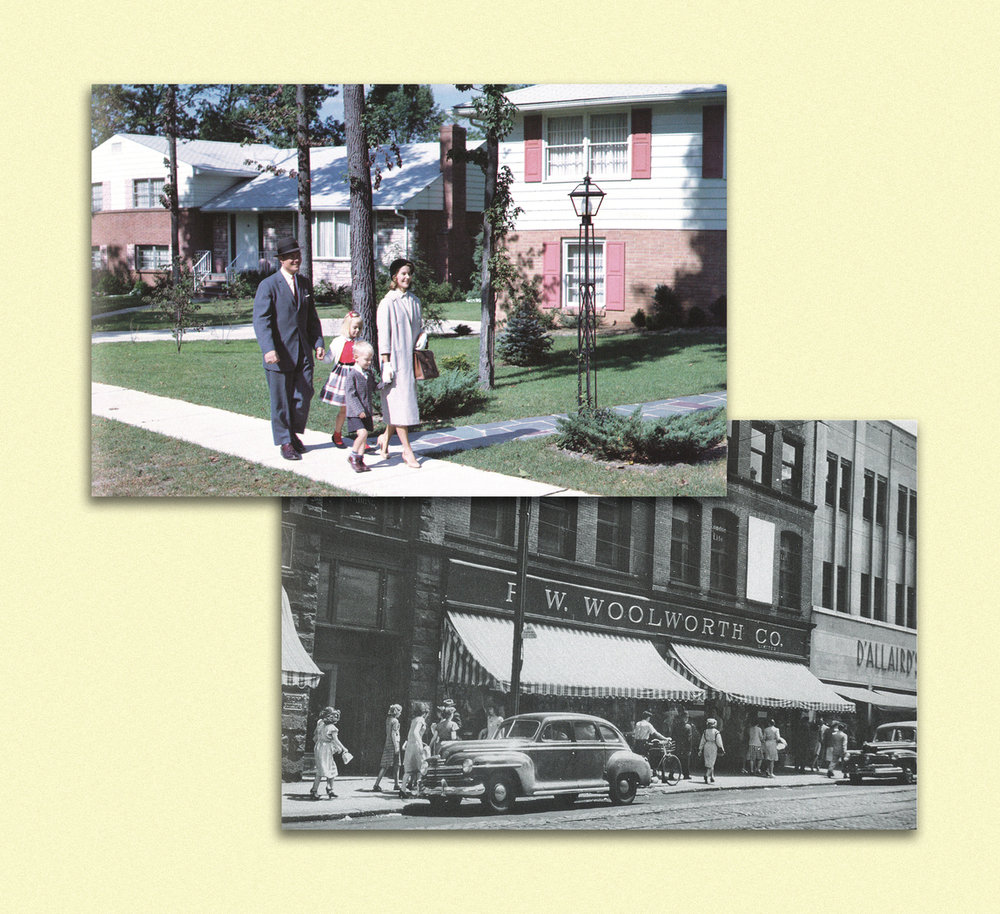 The real estate boom of the late 1940s spilled over to the 1950s as post-war America struggled to return to a more normal life.  Pursuit of the American dream – getting a job, owning a home, getting married and having a family – was foremost on the minds of many after years of sacrifice and separation.  Some 15 million GIs returned to the U.S. after the war, and government-backed loans helped 2.4 million veterans to purchase homes.  In 1954, Congress authorized the use of the 30-year mortgage for the purchase of existing homes.

Along with easy mortgages, economic conditions favored a surge in buying everything from homes and automobiles to appliances and electronics.  The Gross National Product, which before the war in 1940 was just over $100 billion, had tripled to $310 billion by 1955.  “Average Americans, with the horrors of war behind them, were enjoying unparalleled economic security,” according to WealthManagement.com.  The swelling economy, coupled with pent-up demand, fostered a period of sustained growth in real estate markets.

As the economy and housing market were booming, racial inequality and the civil rights movement were at the forefront of the country’s – and Alabama’s – social and political landscape.  After World War II, African Americans and other minority groups sought equal access to housing and education.  The U.S. Supreme Court struck down the “separate but equal” doctrine in Brown v. Board of Education and ordered the desegregation of public schools.  Dr. Martin Luther King, Jr., whose first civil rights efforts began in Alabama, emerged as the nation’s civil rights leader.

Suburban development in the United States exploded following World War II, with suburban populations almost doubling from 1950 to 1970. As the national highway system expanded throughout the 1950s and 1960s, commutes became easier and allowed people to live further from cities.  While Alabama was still considered a rural state, suburban communities ringed Birmingham, Montgomery, Huntsville, Mobile, and Tuscaloosa and many incorporated in the 1950s.

Reflecting the increased emphasis on professionalism and ethics, the term REALTOR® was trademarked in January 1950.  The REALTOR® designation set apart those in the industry who were dedicated to their clients’ best interests.  The Alabama Association of REALTORS® was actively representing the industry through the rapid expansion of homeownership in Alabama.