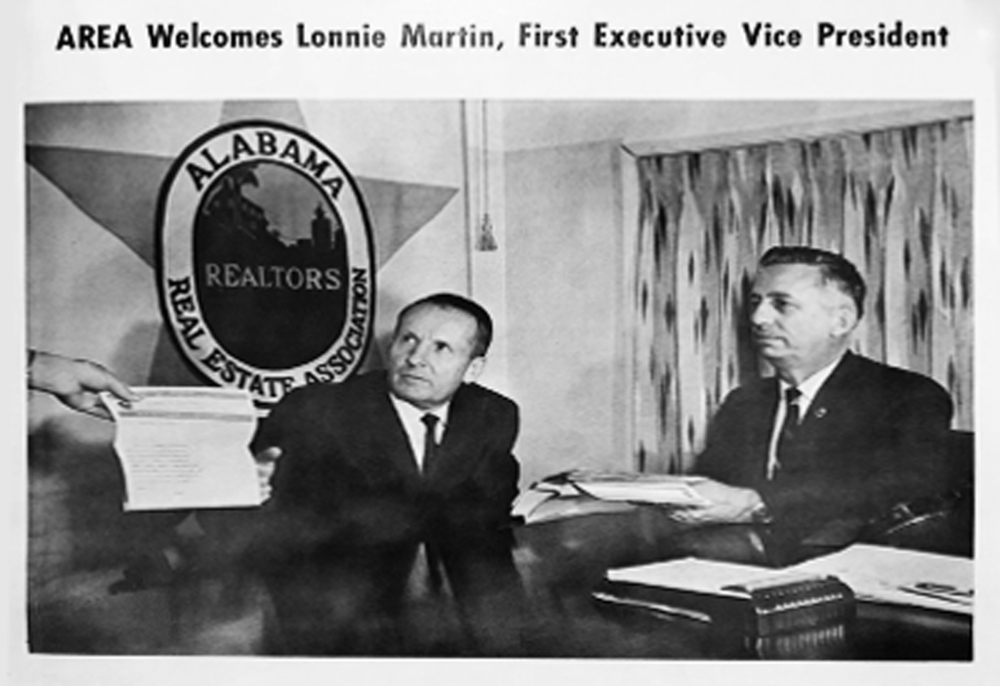 History often depicts the 1960s as a decade of turmoil and strife caused by America’s role in the Vietnam War and racial division at home.  Alabama saw both protests and progress.  The state was at the forefront of civil rights battles with the horrors of the bombing of Birmingham’s 16th Street Baptist Church, the Montgomery Bus Boycott, and the Selma to Montgomery March.  It was also a leader in the development of space technology and exploration through the U.S. Space and Rocket Center and Redstone Arsenal in Huntsville.

For the real estate industry, history paints a picture of a very prosperous time when many veterans, who happily bought bare-bones starter homes in the 1950s, traded up for larger upgraded homes with an extra bathroom, a carport or garage, and a backyard for entertaining and play.  In 1960, the median American home cost $11,900 and the median income was $5,600, according to U.S. Census Bureau data.  Homeownership was in the reach of a majority of Americans with 68 percent able to afford a home.

Owning a home was not as easy for minorities.  Passage of the Fair Housing Act in 1968 outlawed housing discrimination based on race, color, religion, and national origin but lacked any real enforcement. Alabama, like many areas of the country, retained its balance of rural and urban settings.  Birmingham, Mobile, and Montgomery remained the state’s urban centers and construction flourished there and in the new suburbs that offered plenty of land for homes and retail development.  With increasing home sales, multiple listing services began to serve REALTORS® and their clients in many states.

Reflecting the growth and influence of the Alabama Association of REALTORS®, then known as the Alabama Real Estate Association, the organization took several bold steps.  In 1964, Lonnie Martin became AAR’s first full-time executive officer.  The next year, AAR began promoting the title REALTOR® in advertising across the state.  The Association then held its first REALTORS® Institute class in 1968.

The 1960s was essentially a time of change – politically and socially.  The decade heralded change for  REALTORS® in Alabama as AAR matured and its professional, educational, and political influence expanded.