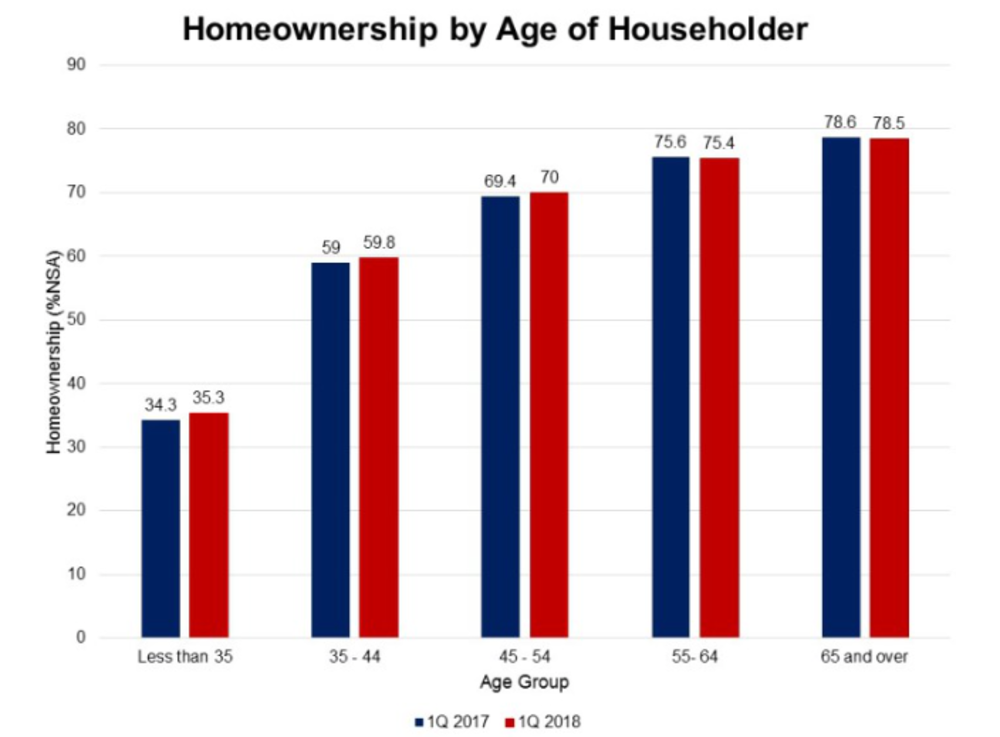 Over the last year, more Americans became homeowners as the number of renters continued to decrease. The homeownership rate in the first quarter was unchanged at 64.2 percent, higher than last year’s 63.6 percent, the Census Department reported Thursday. This is also the fifth consecutive quarter of yearly increases in the ownership rate.

The homeownership rate has been gradually climbing back since hitting a 50-year low in 2016. The rate peaked in 2004 at 69.2 percent, but despite recent climbs, it still remains below the 25-year average rate of 66.3 percent. Meanwhile, the number of renters has dropped.

More young Americans are buying homes. The ownership rate for Americans under age 35 was 35.3 percent in the first quarter, which is a full percentage point higher than a year ago.

The homeowner vacancy rate dropped to 1.5 percent in the first quarter—the lowest vacancy rate since 2001, the Census Department reports.