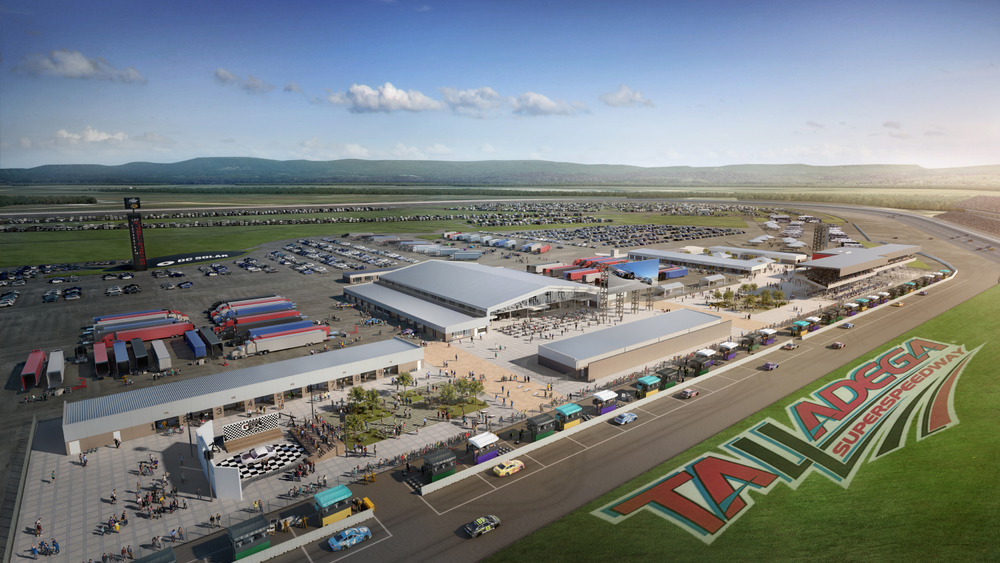 On Thursday, dignitaries from NASCAR along with Gov. Kay Ivey and State Senate President Del Marsh (R-Anniston) were on hand for the announcement of a $50 million renovation project slated to begin after this year’s October race at the Talladega Superspeedway.

The improvements will be made in the track’s infield and include a 35,000-square-foot area for fans that will offer them a view of the garage area while race activities are underway. Also included will be a bar, restrooms, and concessions in the new layout.

Additionally, a new tunnel for vehicles will be added to Turn 3 and an RV area along the “Alabama Gang Superstretch” backstretch and front-stretch at the start-finish line with 300 spots are among the improvements. There are plans to renovate existing structures, including the current media center.

The $50 million project is part of International Speedway Corporation’s $500 million capital expenditure plan that began last year and will continue through 2021.

“Thanks again to the folks at Talladega Superspeedway and the [International Speedway] Corporation for your announcement today and for your continued commitment to a vital tourism industry in Alabama,” Ivey said. “Because of the continued positive economic impact of the Talladega Superspeedway, I think it is only fitting next year when we celebrate our bicentennial, we also celebrate the 50th anniversary of the speedway.”

Track president Grant Lynch insisted that despite these improvements, the “party” atmosphere in the Talladega Superspeedway infield won’t change.

“The parties stay the same,” he said to Yellowhammer News. “We’re just having more parties. Race fans will be race fans at Talladega, and we try to keep them under control the best we can.”