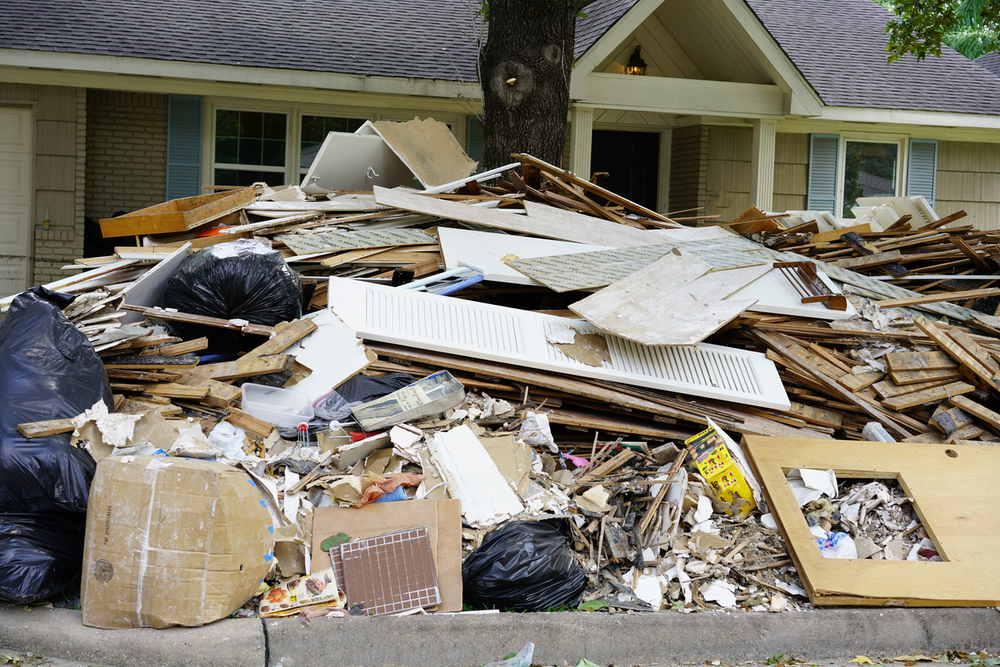 Little more than two months before Hurricane Harvey slammed the Gulf Coast of Texas, Alberto Castaneda let his home’s flood insurance lapse. He had never filed a claim on the policy in 10 years and he needed the extra cash to expand his restaurant business.

Standing inside his suburban Houston home nearly a year later, Castaneda tallies the cost of the destructive floods to himself and his uninsured neighbors: one couple in their 70s let their home go into foreclosure; two people, overwhelmed by the difficulties of rebuilding, committed suicide; Castaneda, 52, ended up using nearly $135,000 from his business to cover repairs to his home that Harvey submerged under more than 2 feet (60 centimeters) of water.

“It’s very devastating, especially if you don’t have the insurance. You feel like, ‘What am I going to do?'” Castaneda tearfully explains.

Castaneda bought new flood insurance after Harvey, and many others in Texas have done the same. But data from states with a history of extreme weather suggests those numbers will eventually drop off, leaving residents once again vulnerable to flooding costs — a situation the Federal Emergency Management Agency says it’s working to avoid.

Houston, in Harris County, suffered the brunt of Harvey when it pummeled Texas last August. Harvey dumped nearly 50 inches (130 centimeters) of rain on parts of the flood-prone city. The storm killed nearly 70 people, damaged more than 300,000 structures and caused an estimated $125 billion in damage.

An AP analysis found fewer than one in five properties in high-risk flood zones had coverage.

“All of this was just a big lake,” says Woody Lesikar, the manager of West Houston Airport, pointing to the runway and around 80 hangars that Harvey submersed under up to 2 feet (60 centimeters) of water. The terminal was swamped and almost a dozen planes were totaled.

He says the airport had never needed flood insurance in its more than 50-year history. A month after Harvey, the airport purchased a policy.

According to FEMA, Texas experienced a more than 18 percent increase in flood insurance policies from July 2017 to the end of May, reversing a long-term declining trend. Harris County, including hardest-hit Houston, saw a near 23 percent jump, while neighboring Fort Bend County, where Castaneda lives, saw a 54 percent increase. The number of properties insured against floods in Houston alone increased by 18 percent, rocketing it past Miami as the city with the most flood insurance policies in the country.

But experts warn the data doesn’t mean a permanent upswing.

Residents tend to buy policies for a few years after big disasters then cancel because they feel the unused policy is an unnecessary expense, said Howard Kunreuther, co-director of the University of Pennsylvania’s Risk Management and Decision Processes Center.

In Louisiana, after Hurricanes Katrina and Rita in 2005, the number of flood insurance policies jumped from 380,000 to 490,000 in one year. That fell to 450,000 but then climbed again after catastrophic flooding in Baton Rouge and Lafayette in 2016. Louisiana Commissioner of Insurance James Donelon warns this may not last.

“Our experience over the past 10 years is that memories fade and people … put their greatest asset at risk of being lost in the next severe rain event,” Donelon says.

FEMA’s National Flood Insurance Program has come under criticism for not doing enough to persuade home and business owners to purchase coverage. Last year, the program announced its “moonshot goal” of doubling by 2022 the number of structures in the U.S. covered by flood insurance from 4 million to 8 million.

“What we’re trying to drive is really a culture of preparedness,” said Paul Huang, the assistant administrator for federal insurance at FEMA.

But that goal might be hard to attain. Policies nationally had been declining since 2009, and despite the bump in Texas since Harvey, coverage has continued to drop in most states, according to an AP analysis of FEMA data.

Donelon says he doesn’t think the FEMA program will boost its numbers unless coverage is required on all federally backed mortgages. And he warns that congressional reauthorization of the program, which is saddled with $20 billion in debt, could result in higher premiums.

Standing in his home, still without floors, cabinets or appliances, Castaneda hopes he can move back in by the end of July.

“We’ve bought the insurance and whatever happens, happens in the future,” he says.