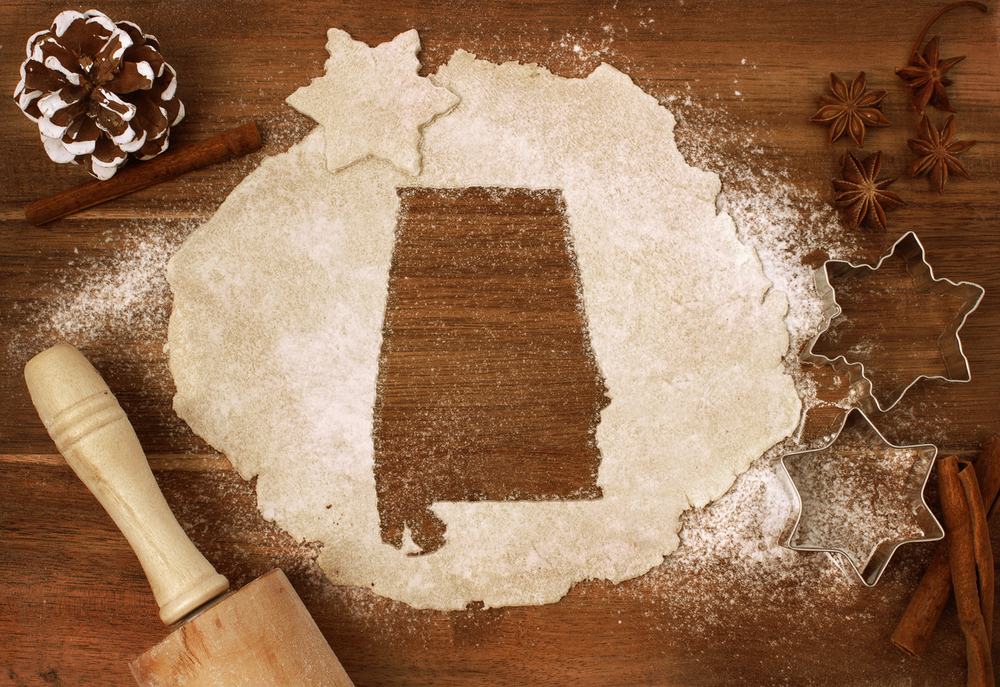 This year, when you celebrate Thanksgiving with your family and friends, you can do it with a holiday dinner that's made with food products all from Alabama -- from the roasted turkey and cornbread dressing to the sweet potato casserole and the pecan pie.

So to help you plan your Thanksgiving meal, we've put together a dinner menu featuring several Alabama-centric food items.

For even more ideas, we suggest you visit the Buy Alabama's Best website here.

The turkey is the main attraction at Thanksgiving, and what's more Alabama than a fresh, free-range turkey from Bates Turkey Farm in Logan, an Alabama tradition since 1923?

Available at Piggly Wiggly stores in the Birmingham area, Mosley's Meat Market in Mobile, and at Bates House of Turkey in Greenville, as well as online at batesturkey.com.

The perfect complement to an Alabama-raised Thanksgiving turkey is cornbread dressing, and you may make that dressing with corn meal from Dixie Lily Foods in Saraland.

For that sweet potato casserole or sweet potato pie you are planning to make this Thanksgiving, start with farm-grown sweet taters from Cullman County.

Available at Piggly Wiggly stores in the Birmingham metro area and at other grocery stores and farmers markets around the state.

Squash and broccoli casseroles from Dale's in Birmingham

Leave the prep work to someone else with an already-prepared squash casserole, broccoli casserole or macaroni and cheese from Dale's Southern Grill.

Available at Piggly Wiggly locations in the Birmingham metro area.

For that broccoli-rice casserole recipe, start with China Doll long grain white rice or natural brown rice. The Rice Sales Company, as it was then known, was founded in Mobile in 1936.

No Thanksgiving meal is complete without dinner rolls from Troy native Patricia Barnes, aka "Sister Schubert."

Available at grocery stores throughout Alabama.

Another of our Alabama favorites are these sweet, delicious orange rolls from Millie Ray, who began baking them for her Homewood garden club nearly 40 years ago.

Available at select Piggly Wiggly and Foodland stores and Urban Cookhouse locations in Alabama, as well as other independent grocery and specialty stores throughout the state.

If your Thanksgiving guests are craving some savory cheese biscuits, you can't go wrong this easy mix from Jim 'N Nick's Bar-B-Q.

Available at Jim 'N Nick's Bar-B-Q locations and most major grocery stores around the state and online at www.jimnnicks.com/store.

Geneva "Granny" Hester began making her sweet potato biscuits as a treat for her husband in 1943, and decades later, she handed down her recipe to her granddaughter, Tracy St. John Johnson, who founded Granny Hester's Fine Foods in 2008.

Available at Piggly Wiggly, Foodland and Publix and other grocery stores.

Celebrate Thanksgiving with a gallon jug or two of unsweetened tea from one of Alabama's oldest businesses, Red Diamond Coffee & Tea, which has been around since 1906.

Available at grocery stores throughout the state.

Milo's Famous Sweet Tea is an Alabama original that's made with pure cane sugar from a recipe that entrepreneur Milo Carlton developed when he opened the first Milo's hamburger joint in Birmingham in 1946.

Available at grocery and convenience stores throughout Alabama.

If you really want to impress your Thanksgiving guests, you may do so with a seven-layer cake from Dean's Cake House, where every cake is baked and iced individually from recipes developed by founder Dean Jacobs.

Available at Piggly Wiggly and Western Supermarkets in the Birmingham metro area, as well as convenience and specialty stores throughout the state. For a list of locations, go here.

Lee C. Priester started his business when he began selling cracked and shelled pecans at his gas station in Fort Deposit in 1935. More than eight decades later, Priester's Pecans is famous throughout the South for its decadent pecan candies and delicious pecan pies.

Available at the Priester's Pecans retail store off I-65 at 80 Bishop Bottom Road in Fort Deposit and online here.

Pumpkin, chocolate chess and other pies from PieLab in Greensboro

PieLab began as a sweet experiment in the small town of Greensboro in Hale County in 2009, and the little bakery and café has since become famous throughout the South for its made-from-scratch pies, which include such Thanksgiving favorites as pecan, pumpkin and chocolate chess.

Available at the PieLab shop at 1317 Main St. in  Greensboro, at the Pepper Place Saturday Market in Birmingham, and online here.

If you'd prefer to make your own Thanksgiving dessert, these Original WhistleStop Recipes cobbler mixes inspired by recipes from the legendary Irondale Café make it easy for you.

Before or after your big meal, enjoy some chicken salad from Auburn's own Chicken Salad Chick, which founder Stacy Brown began in 2007 and has now grown to include 100 locations throughout the South. Choose from such flavors as Jalapeno Holly, Barbie-Q, and a Thanksgiving favorite, Cranberry Keli.

Available at Chicken Salad Chick locations throughout the state. To find a location near you, go here.