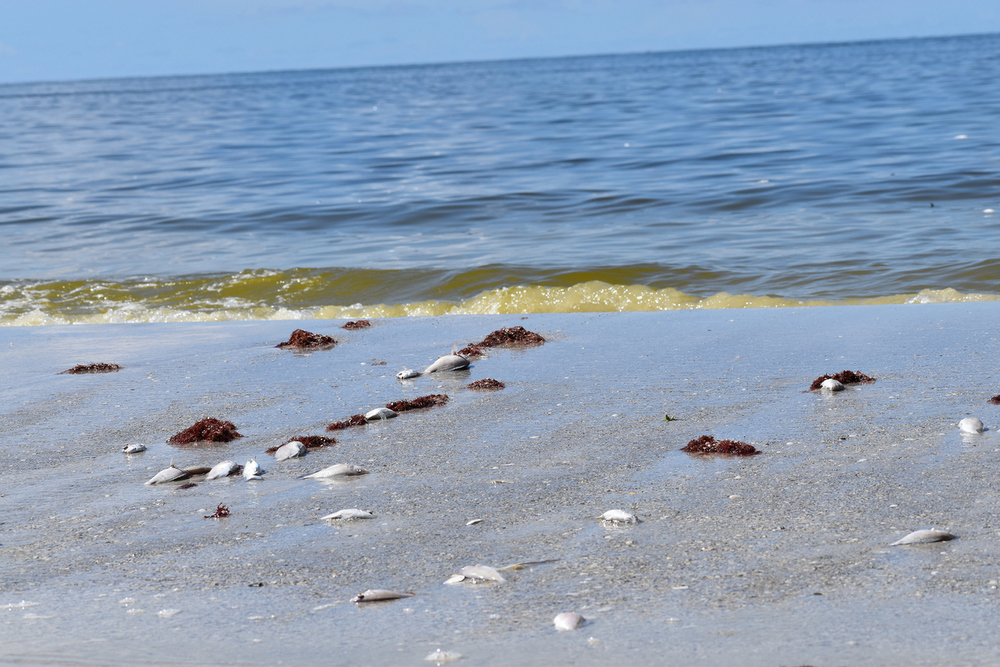 Red tide, a condition that can sicken humans and kill marine life, has been found in water samples taken near the Alabama coast, according to the Alabama Department of Public Health.

The ADPH said people should use caution in the area after water samples collected from Alabama Point to Little Lagoon Pass in Baldwin County indicated the presence of red tide cells in the low to medium range.

Red tide is caused when harmful algae blooms grow out of control resulting in toxic and harmful effects on people, fish, shellfish, marine mammals and birds. The species that causes red tide in Florida and the Gulf of Mexico is known as Karenia brevis, often abbreviated as K. brevis.

People with respiratory problems or those experiencing symptoms of nose, throat or eye irritation are advised to avoid any mist generated by the waters. Fish kills are also possible in the area because of red tide, according to the ADPH.

The Alabama reports come after months of battling red tide in Florida. The outbreak there was blamed for the deaths of thousands of animals and almost 20 hospital visits from people sickened by the tide. Red tide blooms can last days, weeks or month and can change daily due to wind conditions.

ADPH said it is continuing to monitor the situation and tests for the presence of red tide cells.

The ADPH advises people in the area of the red tide to: