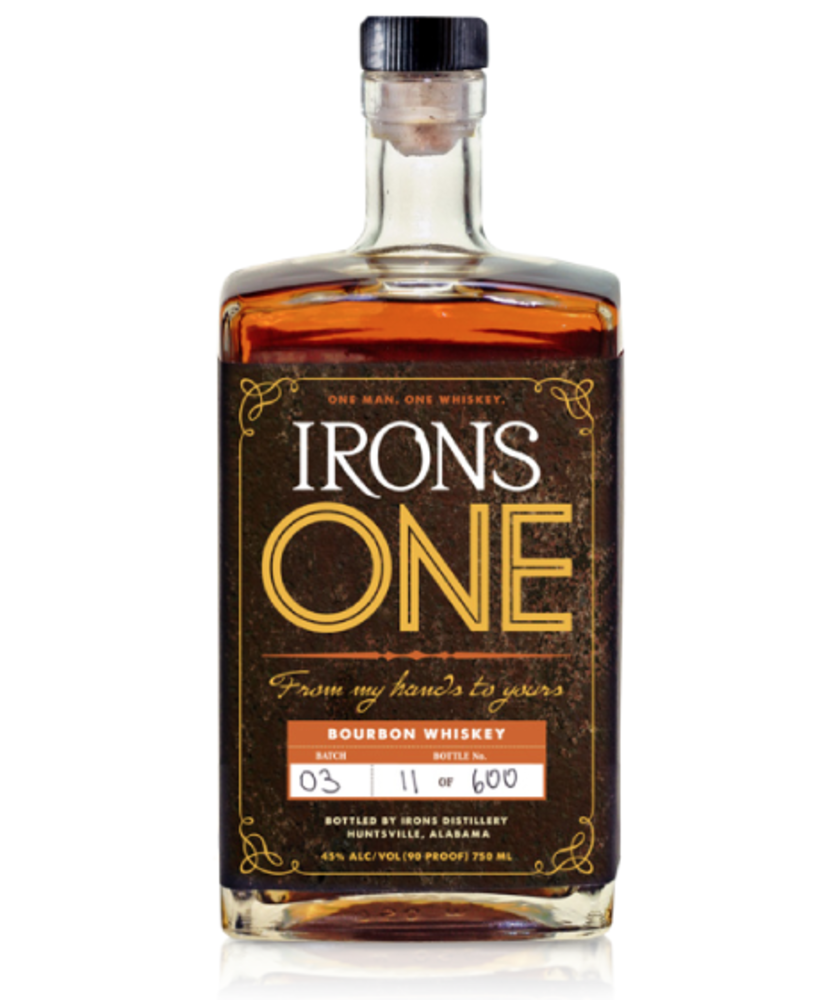 Huntsville’s Irons One Distillery was recognized with a double gold medal by “The Fifty Best” for its bourbon whiskey Char #4, making it just one of six bourbons in the nation to receive the highest recognition possible.

The website, which produces rankings including liquors, wine, food, restaurants, travel destinations and entertainment, explained that it “held a ‘blind’ tasting of 46 bourbon whiskies with eighteen members of [their] spirits judging panel.”

Irons One was listed first on the website’s reviews, which described the 90-proof bourbon’s nose, palate and finish.

The “blind” tasting process was described as follows:

Strict tasting rules were applied. The order of service was established beforehand by lottery. The higher proof spirits (100+ prf) were tasted after the lower proof bourbons. Each of the bourbons were poured into fresh glasses from new sealed bottles, and served at slightly above room temperature. The judges wrote down their impressions of each product on score sheets. Double-Gold, Gold, Silver and Bronze medals are awarded according to a set range of final point scores received from the judges. The tasting notes that follow are summaries of the judges’ opinions, with all replicated commentary eliminated. The states of origin, distilleries and alcohol proofs are identified for each brand.

On the distillery’s website, Irons One founder Jeffrey Irons outlined, “Because I keep each batch small and tend them personally, I can ensure the strict distilling of my unique recipe, resulting in a whiskey that is superior in smoothness, flavor and drinkability to the discerning palate… Irons ONE is the small batch, single-hand crafted whiskey for those who savor a rich, smooth flavor–served neat, with a little water or over ice. This is truly a whiskey from my hands to yours.”

Describing his philosophy, Irons added, “I am old school. I do my business based on principles.  A handshake gets it done for me, my word is my bond.  I am a man of my word.  I do not compromise my standards.”

You can read about Irons’ process here.

The company posted on Facebook Monday saying that they plan to bottle a barrel of Char #4 before Christmas. These bottles will be available for sale only at the distillery.

“Stay tuned for when this will be ready for purchase,” Irons One added.