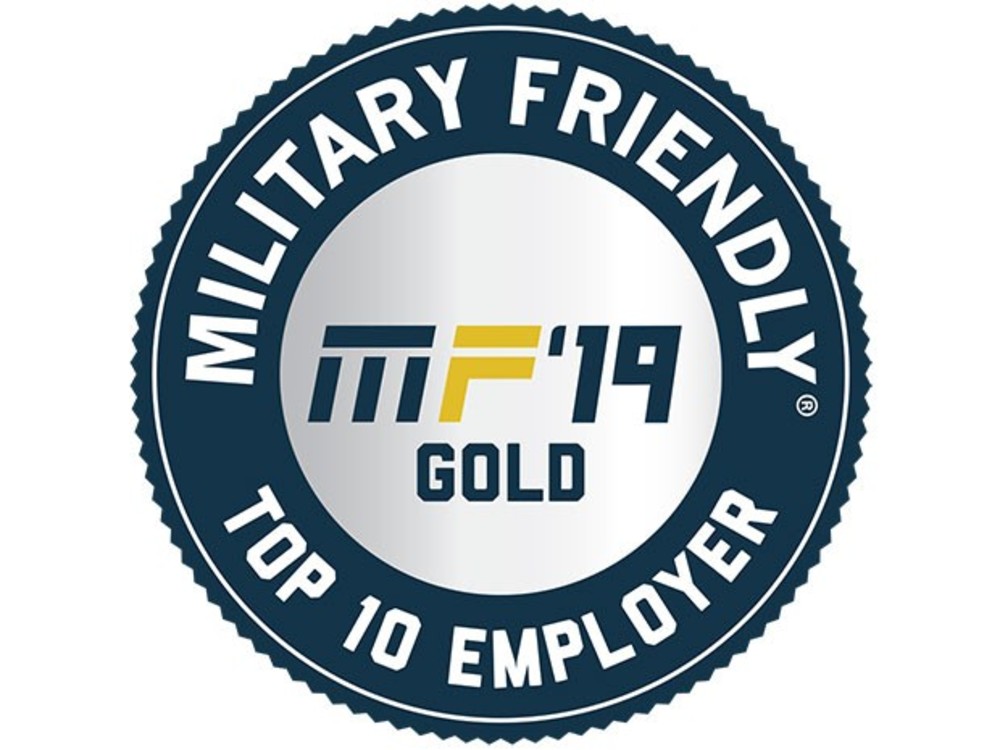 ATLANTA – Southern Company is the highest-rated energy company and No. 7 overall in G.I. Jobs Magazine’s annual ranking of the top military friendly employers. The 2019 list ranks the company as the nation's best energy company for veterans, guardsmen and reservists. The list gave Southern Company the coveted Top 10 Gold ranking among all employers with revenue over $1 billion and included the company on the list of top military friendly spouse employers for 2019.

This is the 12th consecutive year Southern Company has been ranked among the top nationwide military employers.

"We are proud to lead the energy industry as the No. 1 military employer," said Southern Company president, chairman and CEO Tom Fanning. "We actively recruit veterans and partner with military transition centers to do our part to ensure success after service."

G.I. Jobs selection criteria include the strength of the company's military recruiting efforts, the percentage of new hires with prior military service, retention programs and company policies that encourage and support National Guard and Reserve servicemen and women.

Over the past three years, 14 percent of Southern Company’s new hires have been veterans or active military, who now comprise 10 percent of the total workforce.

Southern Company is a founding partner of the Troops to Energy Jobs program, a recruiting source that links veterans to job openings in the energy industry. Southern Company has pledged to support the Joining Forces initiative, participates annually in more than 30 military recruitment events and partners with military transition centers across the country.

Additionally, Southern Company is proud to be the only energy company to partner with the U.S. Army, U.S. Navy, U.S. Marine Corps, U.S. Air Force, U.S. Coast Guard and reserve and guard personnel to develop innovative energy projects both on and off base. Through our partnership with Department of Defense we are engaging directly with emerging technologies and new business models impacting both our nation’s security and the communities we serve.

Our values of safety, trust, superior performance and total commitment strongly align with those of the U.S. military, making Southern Company one of the best places to work for veterans, guardsmen and reservists. Please visit southerncompany-veterans.jobs to learn more about how veterans are a great fit at Southern Company.

Source: "Southern Company is ranked No. 1 energy company and No. 7 overall company on national list of military friendly employers for 2019" SouthernCompany.com (December 20, 2018)