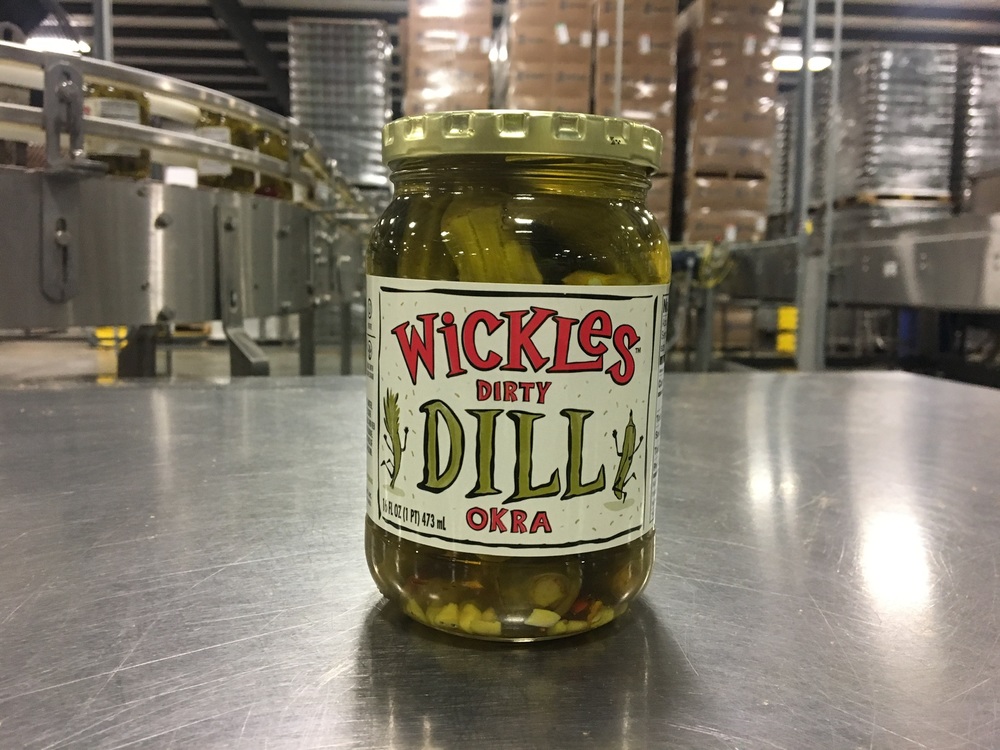 Sims Food Inc., the company behind the popular pickles that are sold across the U.S., is moving production from North Carolina back to Alabama.

By the end of the year, Will and Trey Sims and partner Andy Anderson expect 100 percent of Wickles Pickles to be made at Magnolia Vegetable Processors in Brundidge.

The move could mean new growth and opportunities for the company, as well as closer ties with cucumber producers across the state.

“Our goal is to use as much produce as possible from Alabama growers and fill in the gaps elsewhere,” Will Sims said.

Bringing production back to Alabama has been a longtime dream for the partners.

The Sims brothers entered the pickling business in 1998, after sampling the spicy pickles their cousin made for a Halloween party. They purchased the recipe, which had been passed down by her grandmother, and Wickles Pickles was born.

They soon brought longtime friend Anderson on board, and the trio has led the company on an impressive growth streak. Featured on TV cooking shows, magazine spreads and restaurant menus, Wickles Pickles have a loyal following for their unique flavor that blends heat and sweet.

The product lineup includes 10 different items, and they are distributed to most major supermarket chains in all 50 states. Last year, Sims Food made several million jars of pickled products.

“We believe in the products, and it’s just grown from there,” Sims said. “We’ve enjoyed doing it, and we’ve kept it going.”

In the early days, the pickling operation was located in Dadeville, where the company has always maintained a sales office. But as demand grew, the partners had to look elsewhere for processors, and that took them to North Carolina.

A key part of the move back to Alabama was the startup of Magnolia Vegetable Processors (MVP), which will process and pack Wickles Pickles. The company is located in Brundidge, which has a long history of food production.

Sims Food also has a stake in MVP, which opened last year in a new 66,000-square-foot building across the street from Southern Classic Food Group. MVP specializes in pickled vegetable products.

“Wickles was the first customer of MVP, and the driving force of what it was built around,” Sims said.

As Wickles Pickles’ business grew, it got so large that only a few places could process and pack the products, Anderson said.

More growth is on the horizon, as the production move is giving the partners more creative control. That means opportunities for small batches to try out new products.

At the same time, the company has taken the opportunity of the transition to adjust its ingredient list. Turmeric has replaced artificial food coloring, and preservatives have been eliminated.

And finally, the Alabama-made Wickles Pickles are wearing updated labels for a fresh new look.

The Sims brothers never expected to get into the pickling business. Before they started making Wickles Pickes, Will was an aspiring photographer out West and Trey was a stockbroker in Atlanta.

But both were looking for a way to come home to Alabama and be closer to family, and the pickles paved the way.

One thing the partners don’t agree on is the best way to eat Wickles Pickles.

Anderson loves them on a barbecue sandwich, while Sims thinks they’re best with pimento cheese and Conecuh sausage.

Beyond that, their fans like them fried, chopped up in a salad and just straight out of the jar.

“People see the label, and they are intrigued. Once they try them, they keep coming back,” Anderson said.