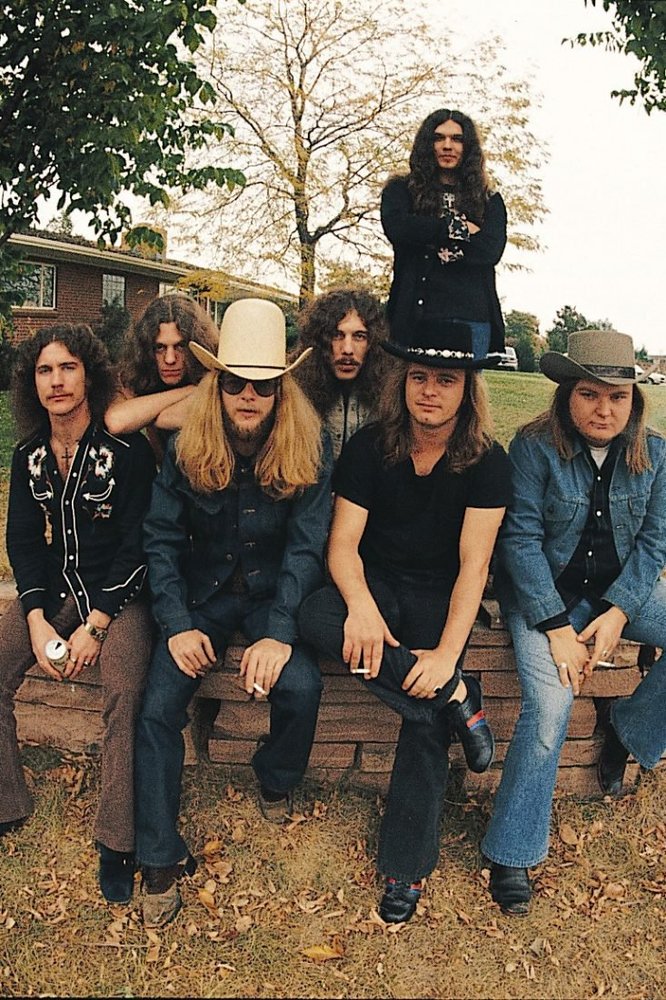 In the late 1960s, in Jacksonville, Florida, a clean-cut gym teacher named Leonard Skinner sent student Gary Rossington to the principal’s office because his hair touched his collar. The teenager’s shaggy mop was a brazen violation of Robert E. Lee High School’s dress code. When Rossington and some of his friends and schoolmates—singer Ronnie Van Zant and guitarist Allen Collins, drummer Bob Burns, and bassist Larry Junstrom—were searching for a new name for their fledgling rock group—they drew on memories of the incident. Lynyrd Skynyrd (vowels changed  “to protect the guilty”) was born.

More than forty years ago, on August 13, 1973, Lynyrd Skynyrd released its debut self-titled album (helpfully subtitled “Pronounced Leh-nerd Skin-nerd.”). They were an instant hit, opening for The Who on their Quadrophenia tour, and charting “Free Bird,” which would go on to become one of the most iconic power ballads of the era, if not all time. But their biggest hit was yet to come. “Sweet Home Alabama,” off their 1974 Second Helping album, reached number 8 on the Billboard Hot 100 chart—and earned an eternal place in the hearts of many Southerners, even beyond the borders of the Yellowhammer State.

In 1977, a tragic airplane crash in Mississippi killed three members of the band, including Van Zant. A decade later, the band reformed with Van Zant’s younger brother Johnny as the lead singer. He’s still the frontman today, and the band recently released a live album, is working on a new studio album, and is on tour (performing in Virginia next week).

We spoke with Rossington—at age 63, the sole living original member who still plays with the band—about Lynyrd Skynyrd’s place in Southern music history.

Did you ever think that half a century after Lynyrd Skynyrd formed, you’d still be playing “Free Bird” and “Sweet Home Alabama”?

No, of course not, we didn’t know at all. You never know what’s going to hit. This band was always about just playing the music, but those songs have become a soundtrack to a lot of people’s lives. I’m very proud to be a part of it. “Sweet Home Alabama” is still played on the radio a lot, and when people hear the first little beat of it, their reaction is to sing. If you can write a song that makes people have emotions and show their feelings, that’s a powerful thing and a beautiful thing. Now there are people saying roll tide with it and there is a new generation who hears it and relates.

What was the process like to write “Sweet Home Alabama”?

I had this little riff. It’s the little picking part and I kept playing it over and over when we were waiting on everyone to arrive for rehearsal. Ronnie and I were sitting there, and he kept saying, play that again. Then Ronnie wrote the lyrics and Ed [King] and I wrote the music.

The lyrics were a response to a Neil Young song, right?

Everyone thought it was about Neil Young, but it was more about Alabama. We had toured there, going all around playing clubs and National Guard armories. Everyone was real nice. When we were out in the country driving all the time, we would listen to the radio. Neil Young had “Southern Man,” and it was kind of cutting the South down. And so Ronnie just said, We need to show people how the real Alabama is.

We loved Neil Young and all the music he’s given the world. We still love him today. It wasn’t cutting him down, it was cutting the song he wrote about the South down. Ronnie painted a picture everyone liked. Because no matter where you’re from, sweet home Alabama or sweet home Florida or sweet home Arkansas, you can relate.

Do you get tired of playing “Sweet Home Alabama”?

I love it every night. It’s a great thing to have to play a song that people like so much. People sing it right along with us. We just had a dream that we could make it in a band and it came true. It ended really quick and tragically, but it started back. Forty years later we’re still playing.

What’s the best thing about being Southern?

I love being Southern because of the people and the fans we have. People down here are more friendly—really warm people. We travel all over the world and it seems like the South is the place where the people are nicest and they think of the fellow man more.