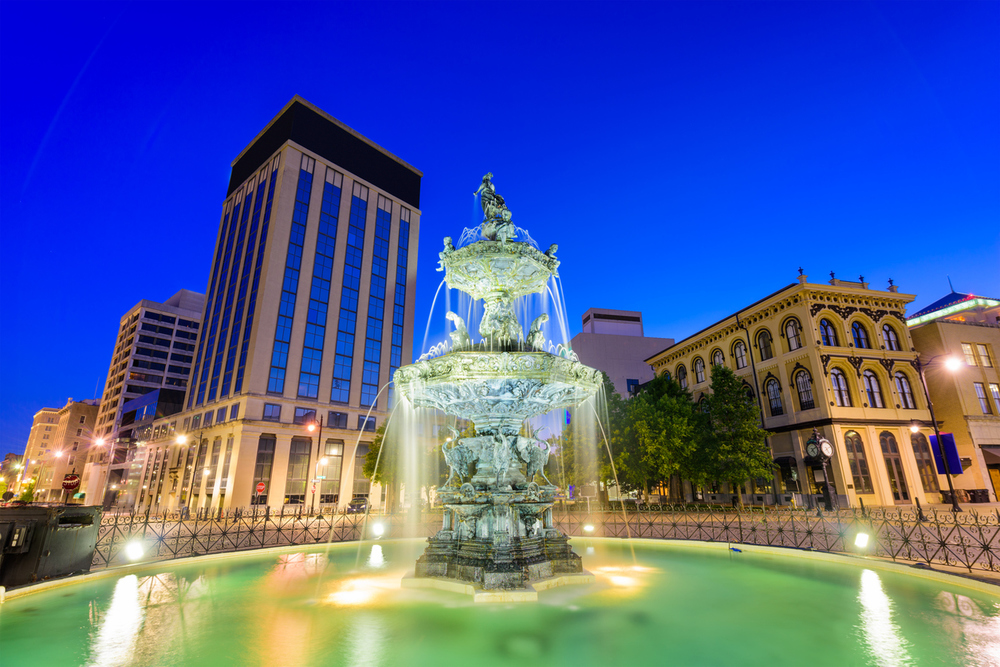 From John Singleton Copley and John Singer Sargent to Winslow Homer and Edward Hopper, it's a stunning collection. No, you are not in New York’s Met, but rather in the Montgomery Museum of Fine Arts. Were the Alabama capital’s excellent arts museum located in a small country, it might well be the prime attraction.

That Montgomery's cultural affairs are a rich offering is no surprise to many. And certainly, the opening to great acclaim last year of the National Memorial for Peace and Justice has given the city further prominence (memorial story here). Perhaps few visitors, however, expect to witness the hotel boom going on there now with a slew of new properties scheduled to open this year and beyond.

An Antebellum cotton mansion on the National Register of Historic Places, the Murphy House for many decades housed the city's waterworks authority. Very soon, it is set to become an Autograph Collection hotel with 84 rooms.

The same developers are also turning into a hotel a century-old red brick warehouse that lies across from the Legacy Museum and Montgomery Riverwalk Stadium, home to the Montgomery Biscuits baseball team.

A block from the National Memorial for Peace and Justice in the Cottage Hill neighborhood, an historic apartment complex will soon become the eighty-room Hilltop Suites and Spa, with several restaurants and a rooftop lounge overlooking the city and the Alabama River.

In the extended-stay category, a 100-room Staybridge Suites property with full kitchens is soon to open in the downtown convention district.

While Montgomery goes through its hotel renaissance, one of the longstanding popular options is the wonderfully-located Renaissance Montgomery Hotel & Spa at the Convention Center. The enormous property is a one-minute walk to Montgomery Union Station, the gorgeous 1898 train station which today hosts the city's Visitors Center and fine small exhibits on local history. The nearby magnificent 1928 former Greystone hotel is now a Hampton Inn & Suites.

Like many cities to be sure, Montgomery still has major issues of post-industrial decline to be addressed. But visitors shouldn’t be all that surprised by the city's boom, given that since Hyundai Motor Manufacturing Alabama arrived in 2002 the company's and its ninety suppliers' profound economic impact has been to the tune in recent years of nearly five billion dollars annually (you can tour the modern Hyundai plant outside of town). Likewise, Maxwell Air Force Base's work on cyber research has brought a further influx of talented people to town.

For entertainment those people gather at places such as the Capitol Oyster Bar, a down-home seafood and beer joint with live blues music that sits across the Alabama river and the proverbial train tracks.

Or, in Montgomery’s historic, leafy and genteel Old Cloverdale neighborhood, Leroy Lounge is a most funky and nicely ungenteel venue. With a DJ spinning funk to soul, the small bar with an eclectic crowd has a somewhat Brooklyn vibe.

Also in Cloverdale, upscale Vintage Year restaurant has been a local staple for a few decades, while vis-à-vis the bright and cheery Vintage Café is housed in a wonderful mid-Century bank building whose safety boxes and other period elements make you practically imagine vintage Cadillacs parked out front.

For half a year in the early 1930s, F. Scott and Zelda Fitzgerald lived for the last time together in a house in Cloverdale. Today, that house is filled with memorabilia and wall paper that's been stripped down to that of their era. Not only is it now the F. Scott and Zelda Fitzgerald Museum, but one of its rooms recently became perhaps the most unusual of Airbnb properties that one could book.

One of the founders of the new Common Bond Brewers is a chemist by trade who was inspired in naming the establishment by the thought of "bonding" people together. This first production brewery in town occupies an old downtown brick structure that likely housed former stables.

The restaurant Central may be posh high-design but its vast space is actually an old grocers warehouse on Coosa St, built in 1895. Its seasonal menu is a twist on southern cooking with daily fish from the gulf.

The popular two-year old Prevail Union coffee shop is ground floor in the old S. H. Kress & Co. department store building, which itself is now a condo complex. It's also next to the new Lower Dexter Park dedicated to Rosa Parks who worked as a seamstress in the former Montgomery Fair building that stood there.

Currently being renovated and scheduled for a spring opening, the Bell Building is a stunning twelve-story 1906 office tower on the National Register of Historic Place whose 88 loft apartments will include downstairs retail and yet more dining venues.

If all the above new hotel openings and lounge and restaurant options become too overwhelming then it's time to head back to the calm space of the Montgomery Museum of Fine Arts.

The broad MMFA collection ranges further from master prints by Rembrandt and a glass collection with Tiffany and Chihuly to prominent African American folk art artists such as Bill Traylor and traditional African sculpture.

Located along with the MMFA in the enormous Blount Cultural Park, the Alabama Shakespeare Festival is considered one of the world's finest of its kind.

To top off all those permanent cultural activities, the 2019 Alabama Bicentennial will wind up in December in Montgomery with parades and fireworks. You've got plenty of time to plan ahead.