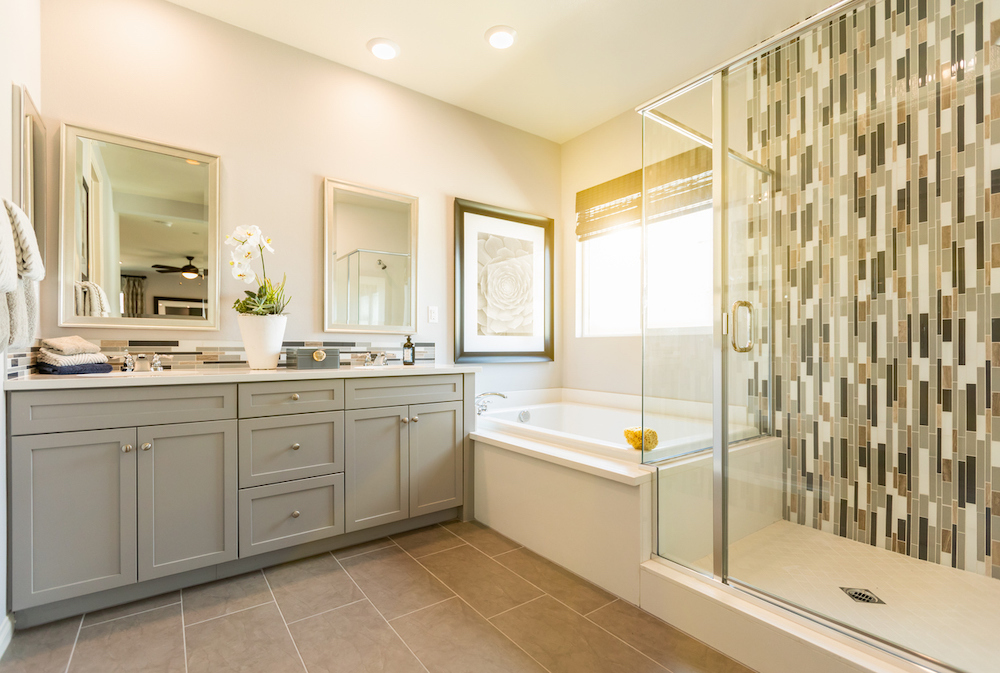 Last year Americans spent a record amount renovating their homes. But the most popular projects aren’t as expensive as you might think.

Homeowners and landlords in the U.S. spent an astonishing $424 billion on home improvements in 2017, according to Improving America’s Housing 2019, a Harvard Joint Center for Housing Studies analysis of government data. That’s up from the previous record of $397.8 billion in 2016. The survey draws from the Census Bureau’s American Housing Survey, which measures the number of households who embark on home renovations and their associated costs. (American Housing Survey data for 2018 and 2019 isn’t yet available.)

While you might be tempted to credit HGTV fever or frivolous renovation trends, the highest spend on home renovation in at least two decades is actually a consequence of the millions of old houses in the country, the report says.

“The aging of the housing stock has been a boon to the remodeling industry,” Abbe Will, Associate Project Director in Harvard’s Remodeling Futures Program, said in a press release. Nearly 40% of the country’s 137 million homes — roughly 55 million houses — are more than 50 years old, the report says.

For the most part, America’s favorite renovations aren’t flashy overhauls, but minor improvements that make an impact — and some of them even earn a little cash back at sale.

Itching to get started on your own home renovations? Here are the 10 most popular projects among Americans in 2017 — and what they cost to pull off.

A room’s floor or ceiling can make or break its entire vibe — which might be why carpeting, flooring, paneling and ceiling tile replacement was the most popular project among homeowners in 2017. More than 5.2 million people, or about one in four homeowners who said they remodeled in 2017, incorporated work on their home’s floors and ceilings.

“Flooring is one of the most popular home improvement projects because it’s a way to transform the look and feel of the home without spending a fortune,” says Dan DiClerico, home expert at renovations website HomeAdvisor. “We’ve seen the project really take off in the age of open-floor plans in contemporary homes.”

Sinks and Other Fixtures

What it is: Replacing a home’s plumbing fixtures
Number of homeowners reporting project: 4.1 million
Average cost: $1,360

A total bathroom renovation might sound nice, but replacing an old, dated fixture might be all the work you need. More than 4 million homeowners said they replaced a plumbing fixture, like a sink or a bathtub, in 2017. At an average cost of $1,360, ditching outdated fixtures is one of the most affordable ways to change the look of your bathroom evaluated by the report.

What it is: Adding a new garbage disposal or built-in dishwasher
Number of homeowners reporting project: 3.7 million
Average cost: $570

More than 8 million homeowners said they replaced or added a major home appliance in 2017, the Harvard report says. For nearly half of them, that meant installing a new garbage disposal or built-in dishwasher. The most affordable renovation on this list, adding or replacing your kitchen’s built-in dishwasher or garbage disposal ran Americans a collective $2.1 billion in 2017.

What it is: Replacing doors or windows
Number of homeowners reporting project: 3.7 million
Average cost: $3,422

While trends come and go, door and window renovations are always in demand.

A consistent high scorer in Remodeling magazine‘s survey of cost-effective home renovations, replacing an old entry door with a new one recoups about 75% of its initial outlay at sale, according to the Remodeling report. Window replacements are also worth your while. A new window will earn a little more than 70% of its cost back at sale, and does double duty, adding to curb appeal while lowering heating costs.

What it is: Replacing a water heater
Number of homeowners reporting project: 3.6 million
Average cost: $976

The most popular projects aren’t always the most exciting — but many, like replacing an old water heater, are necessary. Luckily, at an average price point of $976, replacing your water heater is one necessary expense that won’t leave a dent in your wallet.

What it is: Replacing a home’s roofing
Number of homeowners reporting project: 3.4 million
Average cost: $7,674

Roof replacement is one of those renovations homeowners dread, and for good reason. Replacing an old roof is generally more expensive and involved than other outdoor maintenance projects, and it’s unavoidable if you live in your home long enough. More than 3.3 million homeowners spent a whopping $25.9 billion on roofing projects in 2017 — a higher collective bill than any other renovation in the report.

What it is: Improving a home’s landscaping or sprinkler system
Number of homeowners reporting project: 2.8 million
Average cost: $2,497

A home’s lawn and landscape might not seem as important as the roof or water heater, but homeowners thinking of selling would be wise to not underestimate the power of curb appeal. At an average spend of $2,497, 2.8 million households spruced up their lawns and sprinkler systems in 2017.

What it is: A small and inexpensive bathroom remodeling project
Number of homeowners reporting project: 2.5 million
Average cost: $3,435

Bathroom renovations can cost a fortune, but most homeowners showed restraint. A minor bathroom remodel, defined in the Harvard report as those that cost less than $15,000 when performed by a professional or $6,000 DIY, were executed by 2.5 million homeowners at a total cost of $9.9 billion in 2017. Major bathroom remodels, on the other hand, were only undertaken in 425,000 households.

An often under-appreciated home renovation, it’s easy to forget about electrical wiring until it isn’t working the way it should. 2.2 million homeowners made a change to their wiring, fuse boxes or breaker switches in 2017.

Source: "This Is the Most Popular Home Improvement Project in America — and It Costs Less Than $4,000" Southern Living, Shaina Mishkin