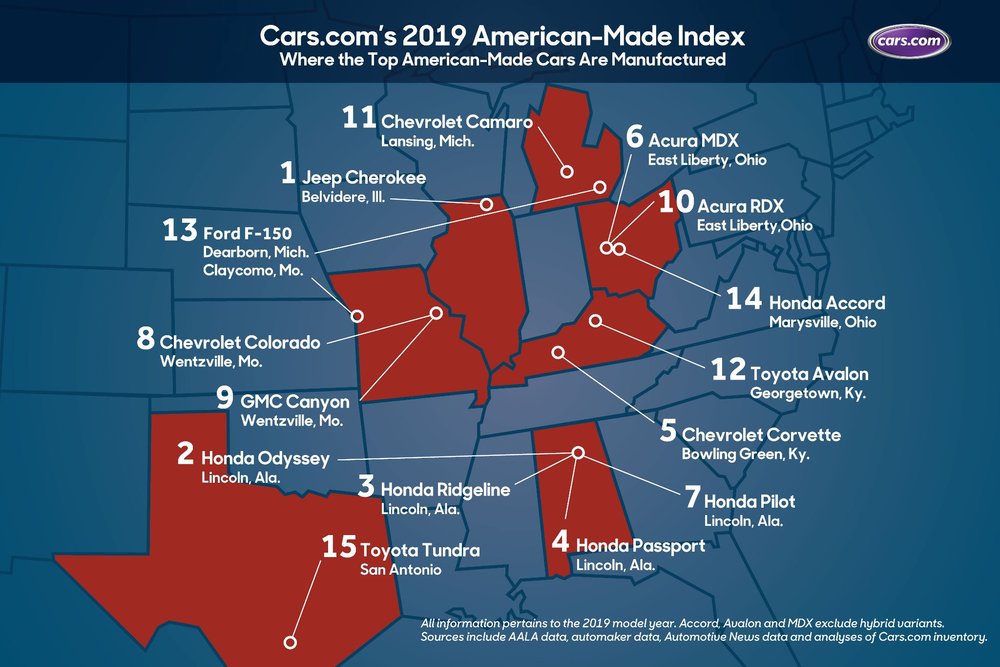 According to a new study, three of the top four and four of the top seven American-made automobiles were assembled in Alabama, providing another impressive testimonial for the state’s booming automotive industry.

Four of the top 10 American-made vehicles were assembled at the Honda plant in Lincoln, Alabama.

The Odyssey, Ridgeline and Passport ranked second, third and fourth respectively, while the Pilot came in at number seven.

To celebrate Honda’s American-made prowess, Cars.com even took a special look at the company’s Alabama plant.

The Mazda Toyota Manufacturing USA plant in Huntsville will be another tremendous boon to the industry when it is completed.