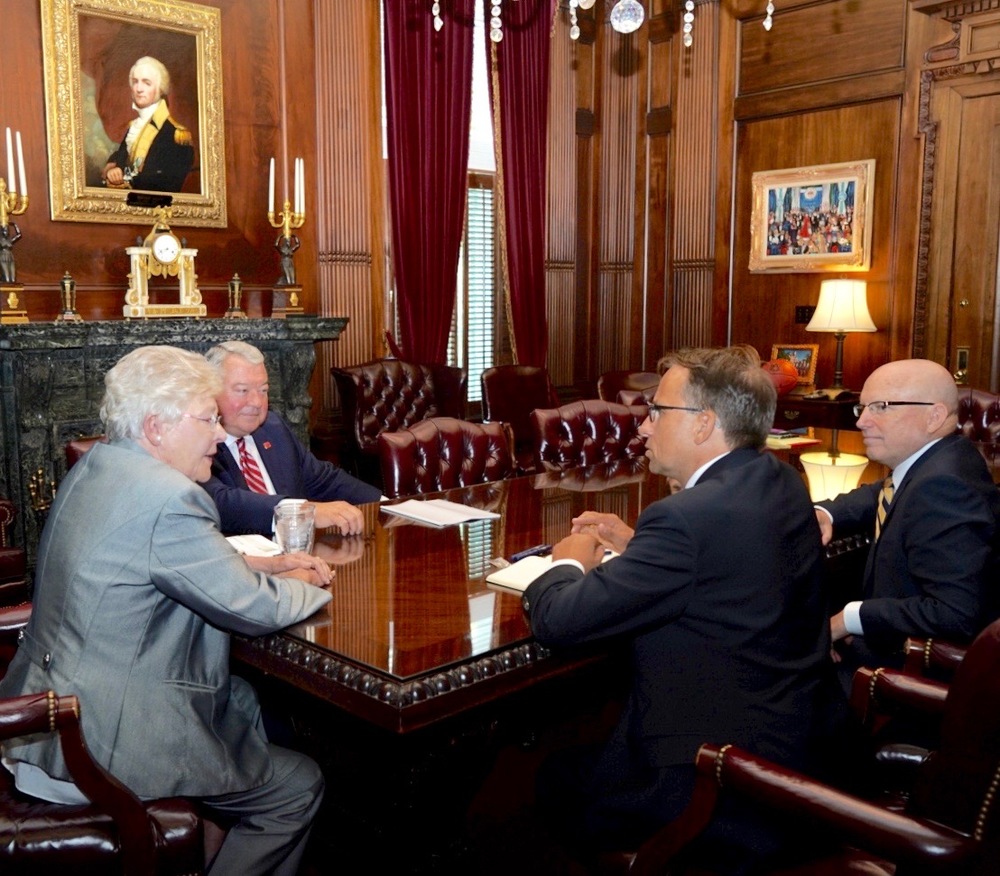 Christoph Dörr, an experienced German businessman who spent seven years in charge of an industrial operation in Alabama, serves as the director of the state’s new European office, which began operating earlier this month.

Dörr’s job will be to build on Alabama’s long-standing economic development activities in Europe. In 2018 alone, European companies announced projects in Alabama involving nearly $1.5 billion in new capital investment and 1,500 jobs, according to data from the Alabama Department of Commerce.

“Communities across Alabama have seen real benefits from the state’s economic ties to Europe, thanks to robust levels of two-way trade and significant investment that has created thousands of jobs,” Governor Ivey said.

“As we see investment from Europe on the rise, particularly in the automotive, aerospace, forest products and chemical sectors, it has become more apparent to us that having representation on the ground in Europe will help provide new connections, not only with companies within those sectors but also to help us advance our trade opportunities,” Secretary Canfield said.

Smith said Dörr has solid contacts in industrial fields such as engineering, tooling, machining and additive manufacturing in Germany and other areas on the continent. With more than 20 years of management experience, Dörr has developed an extensive network of business connections in the region, he added.

“Christoph can generate business development leads and open doors for Alabama’s team as we seek to build relationships with decision-makers in Germany and other European countries that can translate into jobs here at home,” Smith said.

Dörr today serves as CEO of Innoteque Solutions in Kornwestheim, Germany, about 5 miles from Stuttgart, a major industrial center that is home to global automaker Mercedes-Benz. From 1996 to 2013, Dörr was president and CEO of Aluminumtechnologie Schmid GmbH, a high-precision CNC machining and die-casting company.

Between 2005 and 2012, Dörr was responsible for the launch and operation of the Aluminum Technology Schmid North America production plant in Auburn that acted as a Tier 1 and Tier 2 auto supplier. The plant today operates under the ownership of Italy-based 2A S.p.A.

“During these years, I developed a deep knowledge of Alabama’s culture, customs and business advantages,” Dörr said. “I personally experienced the benefits of investing in Alabama, and I can share that with prospective companies, not just theoretical information about a business location in the state.”

Alabama’s economic ties with Europe – in particular, Germany — trace back for decades. Germany has become Alabama’s No. 1 source of foreign direct investment, totaling $8.5 billion since 1999, according to Alabama Department of Commerce estimates.

While major European corporations such as Mercedes, Airbus, GKN Aerospace, Evonik, BASF and Siemens all have operations in Alabama, the state has also attracted a significant number of smaller European businesses, particularly specialty manufacturers.

A total of 82 German companies have operations in Alabama, more than any other foreign country, according to Alabama Department of Commerce data. Other European countries with a significant business presence in Alabama are France (51 companies), the United Kingdom (26 companies) and Sweden (11 companies).

In addition, countries in the European Union are a major destination for Alabama exports, which exceed $7 billion annually, according to E.U. data. Top categories for Alabama-made goods shipped to the E.U. are motor vehicles and parts, minerals, aerospace products, paper and chemicals.