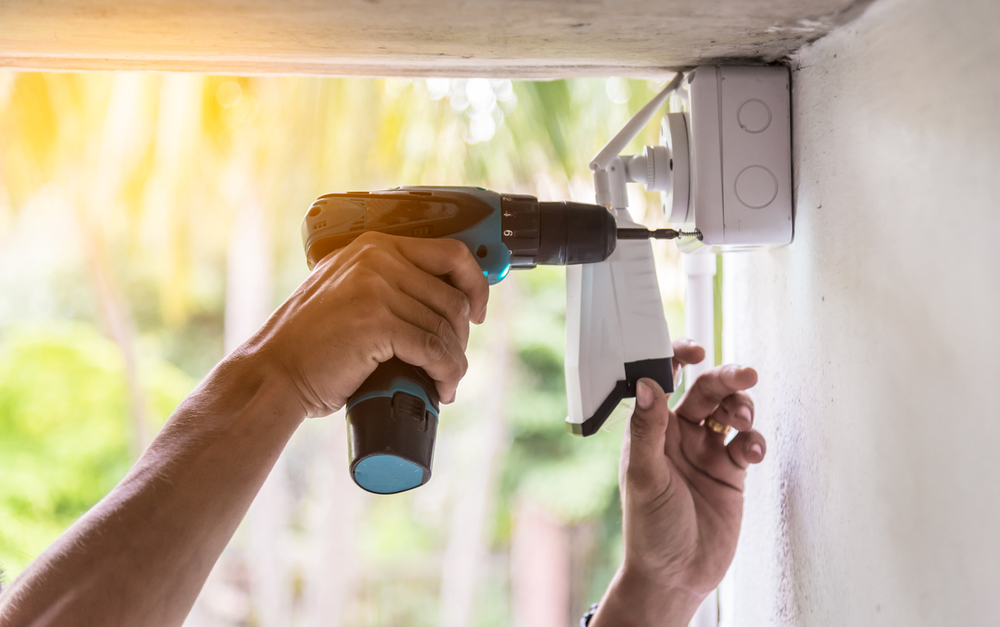 Traditionally, if a homeowner wanted to install a security system, they would need to call a home security company to come out and set up their equipment, requiring a long-term contract. As a real estate professional, you’ve probably seen a home that has a 20-year-old security panel that no longer works and wiring running all over the home. It doesn’t have to be that way anymore.

With today’s wireless connections, homeowners can build their own network of cameras, sensors, and interconnected hubs without being tied to a single vendor or ongoing contracts. Owners can even monitor the home themselves or set up a month-to-month contract with a monitoring company. Today’s systems give your clients peace of mind. They’re even great for vacation properties and rentals.

“DIY systems give customers the flexibility to build the system they want and the freedom to include the devices and sensors that fit their specific needs. This is important because no two households are the same,” says Chris Carney, CEO of Abode.

SimpliSafe, for example, was one of the first self-install home security companies that came on the market 10 years ago. Now, new technology is helping the market grow and making advancements in the products available, according to SimpliSafe CEO Chad Laurans. “With our app, for example, you can stream video from your doorbell or cameras on your phone, or you can see alerts and let people in and out of your house,” he says.

These affordable DIY security solutions also provide real estate professionals and home sellers a competitive edge when listing a home for sale. “This can increase the marketability of the home and potentially increase the value of the listing,” says Carney. “An agent can easily deploy a whole-environment solution built around an Abode system including a smart lock, thermostat, and connected lights, all for under $1,000 and all easily controlled by one app.” A system can also be given as closing gift to protect the new home and “help establish the real estate agent as someone that buyer will call on again or recommend to a friend,” he adds.

Below is a list of customizable systems that real estate professionals can share with home buyers. These systems can be setup for either self-monitoring over an in-home network, or professionally monitored with additional backup over cellular network, and battery backup in the event of a power outage.

Real estate agents are in a position to be the first person championing smart-home technology to their clients, says Mitch Klein, executive director of Z-Wave Alliance, including all the benefits and lifestyle enhancements they can expect. Even if a client had had a poor experience with smart-home technology in the past, as their agent, you can show the benefits of a well-implemented system and the value it adds to their home, he says.

“Agents who have a baseline understanding of the types of systems out there and how they are installed set themselves up to guide their client towards an informed decision that best suits their needs,” Klein says. “Agents already spend a lot of time looking for the house or neighborhood that best fits their client’s need and adding on smart-home considerations is a significant added value to the services provided, and a huge benefit in helping find the perfect spot for their client.”