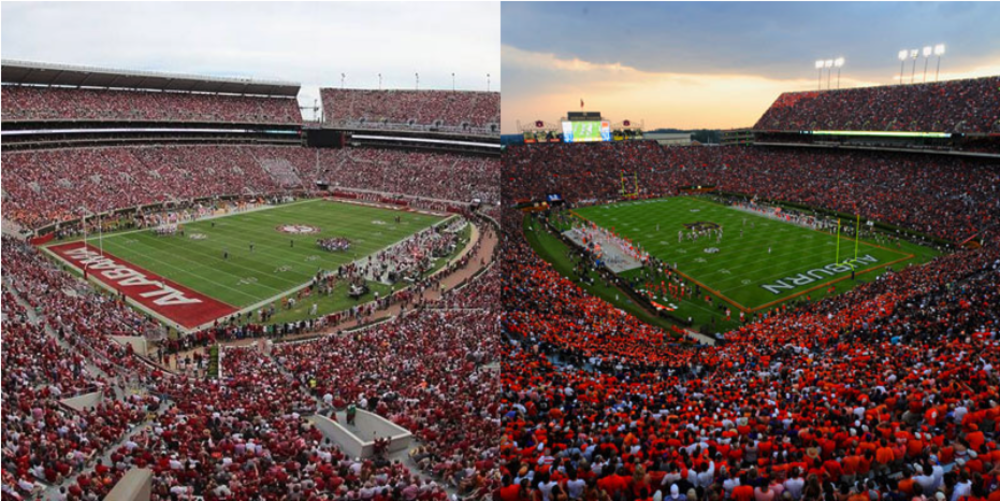 According to a report published Thursday by Forbes, the University of Alabama and Auburn University have two of the top-10 “most valuable” college football programs in the country.

The rankings detailed three-year averages for both revenue and profits.

“So much for amateur athletics—the sport’s 25 most valuable programs combine to earn an average of $1.5 billion in profit on annual revenues of $2.7 billion,” Forbes noted.

With average annual revenue of $134 million and profit of $61 million, the Crimson Tide ranked fourth.

Auburn, with average annual revenue of $117 million and profit of $65 million, came in at number 10.

Other SEC schools in the top-25 included Georgia at seven, Florida at nine, LSU at 11, Tennessee at 12, South Carolina and Arkansas tied at 16 and Ole Miss at 24.

Forbes advised that the Tide are “the sport’s biggest spenders by far; with $74 million in average annual football spending, Alabama shells out 30% more than the next-highest-spending program in the country.”

“Alabama, meanwhile, is one of just five teams to earn more than $30 million annually from media rights,” the publication said.