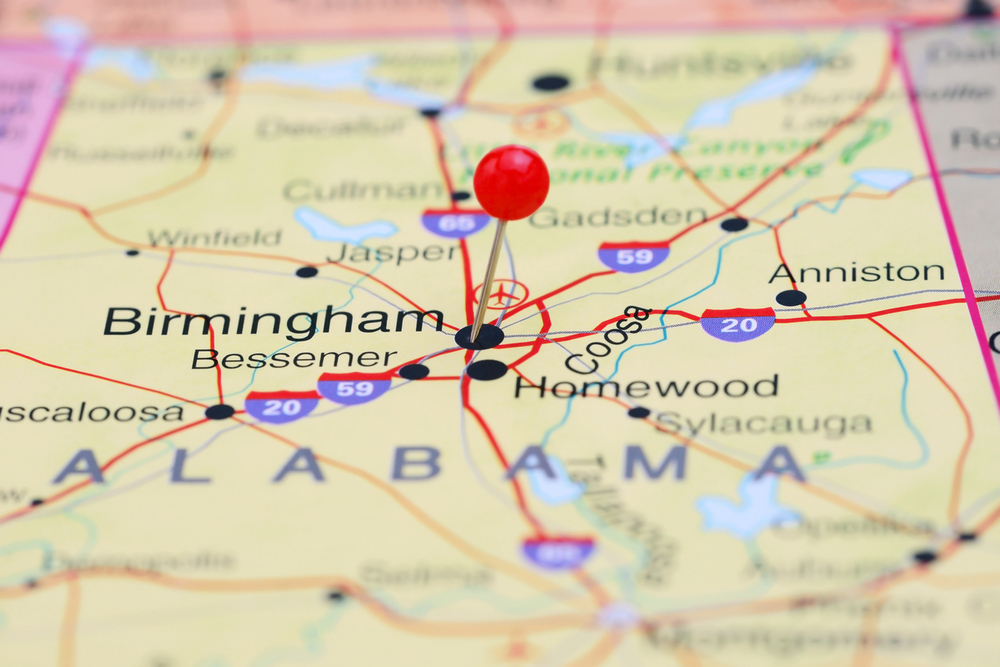 The U.S. housing market has been on a wild, high-octane thrill ride these past few years, mostly with prices climbing up and up and up. But while it may seem that inexpensive homes have gone the way of the Razr flip phone (hey, aren't those things coming back?), there's some hope for would-be home buyers with a budget that barely cracks six figures.

Yes, you can find a home for less than $100,000—it just probably won't be in the heart of New York City. Or San Fransisco. Or, heck, Miami. But where? Our thrifty data team set out to find out which metros are listing the most single-family homes for sale at that seemingly mythical sub-$100K price point in sheer numbers on realtor.com®—and pinpoint just what home buyers can expect from these homes and their communities.*

“If you’re looking for affordability, you’ll find it in the South, Midwest, and [more remote] parts of the Northeast,” says Danielle Hale, chief economist for realtor.com. And, as you might have guessed, that's because the East and West coasts are dominated by big, often prohibitively pricey cities.

We won't deny that in larger cities where these ultra-affordable homes can be found, crime may be an issue. But locals have found pockets with a reasonable balance between affordability and safety. In smaller towns, you'll get more peace of mind—and more home for the few bucks you'll be shelling out.

Below are 10 places where a home costs about the same as a Tesla Model S, a few semesters at Harvard, or a small pile of bitcoins. Pick your poison!

Forget the old Steel City image: Pittsburgh is making some progress shedding its tarnished Rust Belt past and transforming into a technology hub, with businesses such as Microsoft, Google, and Uber opening offices there. The homegrown startup Duolingo, which makes a popular language app, is preparing for an initial public offering next year.

The revival of the city is also spurring home prices upward.

Bob Moncavage, broker and owner of Priority Realty in Pittsburgh, says there's been an influx of "upscale urban, contemporary development and redevelopment" around those employment centers, and it comes at a higher price.

Lawrenceville, the city's largest neighborhood, used to be a blue-collar area. Now it's gone hip, and $100,000 won't buy more than a teardown, Moncavage says.

Instead, buyers looking for bargain-basement deals can still find some in the neighborhoods of Bellevue, Dormont, and Castle Shannon. The homes in these neighborhoods are typically 800 to 1,200 square feet and have been maintained, but not updated, says Moncavage.

“Typically it will need paint and carpet at a minimum,” he says. “The kitchen or bathroom may have been replaced in the last 15 to 30 years, but they are not likely to be the shiny and new [ones] that a buyer may be hoping for.”

The Detroit metro area has had a bumpy ride economically in recent years—um, decades—but things are beginning to finally pick up. There are still an awful lot of inexpensive single-family homes here. But lately the real estate market has become more competitive.

“There’s a couple stable neighborhoods that are coming back to life, and we’re seeing some growth,” says Tom Nanes, a Realtor® with Community Choice Realty in Livonia, MI.

Yes, urban blight is still a problem: The Detroit News reports the city owns about 92,000 parcels of land. Many of the houses under $100,000 have been neglected and require repairs. Often lots of repairs. Plus, safety is an issue in many low-cost neighborhoods.

In Redford Township, buyers can find a two-bedroom, move-in ready home, says Nanes. In Rosedale Park or English Village, however, the homes will need a major renovation.

In these neighborhoods, “$100,000 will get you a fixed-up house," he says. "A three-bedroom with a basement and a garage. Maybe a second bath, a half-bath in a semi-decent neighborhood."

When assessing Detroit neighborhoods for safety, it's important to get granular, he says. "Maybe that one block [you're looking at] is good, but you go two blocks away and it’s a war zone.”

Adjacent Warren, which is part of the Detroit metropolitan area, is known as a hot spot for entry-level housing, according to the Detroit Free Press, with plenty of homes under $100,000.

The charms of Chicago are often overshadowed by its bigger and more glamorous cousins on the coasts, New York and Los Angeles, but when it comes to bargain home prices, it really shines, says Maurice Hampton, president-elect for the Chicago Association of Realtors.

“When you’ve looked at New York real estate, L.A., Florida, Singapore, London, Paris ... none of it is anywhere near the affordability that Chicago’s housing stock is," he says.

Deals can actually be found within the Chicago city limits, though they're much scarcer in the pricier areas like Lincoln Park or the Gold Coast.

You can acquire a spacious duplex or a condo in the city for $100,000, Hampton says. “It just really depends on what characteristics you’re prioritizing."

Buyers on the North Side can look in neighborhoods such as West Rogers Park, Lake View East, or Edgewater, and find a well-maintained one-bedroom, one-bath condo for less than $100,000. On the South Side, buyers in West Pullman can find a single-family home with three bedrooms or more, being sold as is, at the same price point.

Although the Brookings Institution cites St. Louis as an industrial city with a strong economy on the path to renewal, its national reputation is a bit bleaker, linked to its high rate of violent crimes. (It had the most murders per capita of any large U.S. city in 2017.)

“Unfortunately we get a lot of publicity for the murder rate, but [those crimes] are mostly in a small area of the city,” says Dennis Norman, broker and owner for St. Louis Real Estate Search. “An overwhelming majority of the area is extremely safe.”

Buyers wanting deals can look into St. Louis County, which is outside the city proper. One-fourth of the sales in the county are distressed, many of them foreclosures.

“A lot of these homes are selling for less than they sold for in the early '90s,” Norman says, noting that the area was slammed hard by the housing crash.

While investors have dominated the lower-end housing, there are plenty of good deals in areas such as Florissant, Normandy, and Ferguson—the latter known for the protests and clashes with police after the killing of Michael Brown, an unarmed black teenager, by a white police officer in August 2014.

Katie Luster, a real estate agent with Re/Max Results in St. Louis, says those wanting to stay in town should look in the South City, Tower Grove East, and Tower Grove South neighborhoods. Buyers can find a 1900s shotgun home or a 1950s bungalow, she says, "complete with cozy charm and historic decadence."

Still, all's not gloom here. "It’s easy to live in Cleveland,” says  Sharkey. “You’ve got sports, arts, and the lake. You can pretty much do anything you want in Cleveland ... without a big hassle. You can do a lot with your money here.”

Old Brooklyn, Jefferson, and North Collinwood neighborhoods all have large inventory of houses that cost less than $100,000. Sharkey says that amount will get a buyer a Colonial house with a front porch, newer windows, and kitchen and bath updates, but not a full remodel.

Graceland, barbecue, and blues? If you thought Memphis already had it all, here's something else to add to the list: cheap single-family homes! Kiplinger listed Memphis at No. 4 on its 2019 list of “Cheapest U.S. Cities to Live In."

As always, there’s a catch.

“When there’s a home in good shape for under $100,000, the biggest challenge for people who live here is the cash investors,” says Katie Bigus, a real estate agent with Re/Max Experts in Germantown, TN. “It’s very hard to get under contract when there are investors who will pay all-cash to take a home as is.”

Depending on location, $100,000 will get a buyer a move-in ready home in Cordova or a fixer-upper in the Crosstown area.

And there are good prospects for employment, too. Kiplinger notes that the city's location on the Mississippi River has long made it a hub for the shipping and transportation industries. It's also home to three Fortune 500 companies: FedEx, International Paper, and AutoZone.

Philadelphia’s market has been on fire in recent years, with many homes receiving multiple offers, although that's started to slow slightly.

“When you go from crazy hot to hot, it’s still strong," says Christopher Somers, a real estate agent with The Somers Team in Philadelphia and the 2019 president of the Greater Philadelphia Association of Realtors.

However, hardship has kept prices in certain neighborhoods lower than the national average. The Pew Charitable Trust reports that about 26% of Philly residents lived below the poverty line in 2017. The deep poverty rate—a household of four making $12,300 or less in a year—rose in 2017 to 14%.

It’s mostly in these neighborhoods that buyers and investors can find homes under $100,000.

“Neighborhoods that are struggling have not had as much appreciation due to less demand,” Somers says. “These areas have more poverty, crime, and a low owner-occupant percentage.”

Naturally, the homes closer to the walkable center of town go for higher prices.

The sum of $100,000 in Philadelphia will get a buyer a 1,100-square-foot, two-story home, possibly with a basement, says Somers. In some areas such as North Philadelphia, the home might be partly updated. In other areas such as Kensington, the home “would be a shell of sorts” in need of a full remodel.

Lynchburg might best be known as the second home of Thomas Jefferson, whose Poplar Forest vacation home was set in the foothills of the Blue Ridge Mountains and along the James River. Today, Lynchburg is at the center of a sprawling metro market where a low cost of living is paired with low unemployment.

"The Lynchburg real estate market operates rather independently from the larger cities, and this tends to result in lower average sales prices for residential properties," says Scott Ehrhorn, professor of finance and real estate at Liberty University School of Business.

“Land is generally much less expensive in smaller towns and rural areas than urban areas,” says Hale of realtor.com. “That plays a big role in being able to see a home price fall under a certain threshold.”

“Lynchburg is a growing community with a low cost of living,” says Crysty Knowles, a Realtor with Lynchburg’s Finest Real Estate. "It's thriving with natural beauty as well as a revitalized downtown."

Located within driving distance of the beach and mountains—as well as Nashville, TN; Atlanta; and New Orleans—Birmingham is aptly nicknamed “The Magic City.”

Buyers trying to stay under $100,000 can look near downtown, says Bob KuyKendall, a Realtor with ARC Realty in Birmingham. He also suggests the suburb of Leeds as a burgeoning city with many low-priced homes available.

In Birmingham, $100,000 will get the buyer three bedrooms and at least one bath, possibly with air conditioning. Most of the houses are typically purchased by blue-collar workers, first-time buyers, or investors, says KuyKendall.

The Atlanta metro area is booming, and supply simply can't keep up with demand. If you want to find a deal, you’ll have to do some work.

“There’s so much flipping going on and so much investing going on, it’s hard for an average person to buy a house here," says Keith Hollingsworth, professor of business administration at Howard University in Atlanta. "The in-town markets have become very hot. When you’re talking about houses less than $100,000, that’s going to be hard to do inside [Highway] 285 right now unless you’re in a rougher section of town.”

Buyers looking for a deal need to look outside of Atlanta. In neighboring Marietta, $100,000 will get a buyer a move-in ready one- or two-bedroom townhouse or condo.

Source: "Attention, Bargain Hunters! Here Are the 10 Cities With the Most Homes Under $100K" REALTOR.com (September 23, 2019) Rachel Mosteller