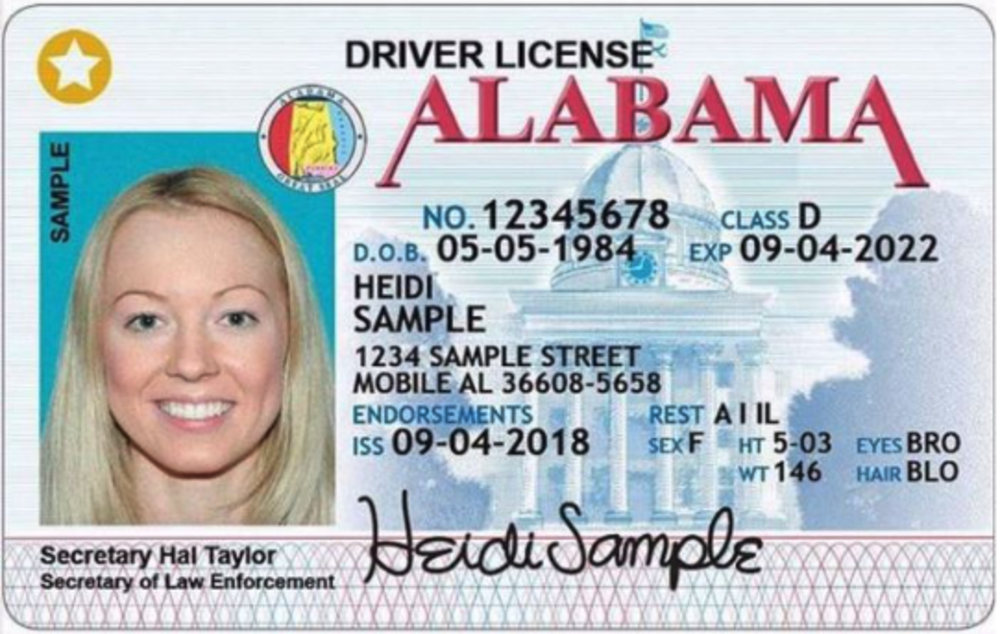 The clock is ticking towards the deadline for Alabama’s STAR ID.

Here’s what you need to know about STAR ID and how it could change travel in the future:

The basics
Starting Oct. 1, 2020, every air traveler will be required to present a REAL ID-compliant license or other acceptable form of identification for domestic air travel. The STAR ID (STAR stands for Secure, Trusted and Reliable) will also be required for entrance to some government facilities, such as military bases.

What’s the REAL ID Act?
In the wake of the Sept. 11, 2001 attacks, Congress passed the REAL ID Act in 2005. The law set additional standards for state-issued identifications, such as drivers licenses. The STAR ID meets all the requirements set under the REAL ID Act.

How long have STAR IDs been around in Alabama?
Alabama started issuing STAR IDs in 2011 but, as of last week, only 450,000 have been issued.

Will the new ID look different?
The STAR ID will look like a regular drivers license but will have a star on the top of the card.

Where do I get a STAR ID?
STAR IDs are only issued at Alabama Law Enforcement Agency Drivers License exam offices. County license and probate judges offices will provide renewals for STAR IDs but won’t issues new ones.

What do I need to get a STAR ID?
STAR ID applicants must present four documents to verify their identity, date of birth, Social Security number and address. Acceptable documents include:

To verify identity and date of birth:

If the applicant’s name has changed from the document due to things such as marriage, adoption court order, etc., an official document verifying the change is required.

To verify address, applicants must supply any two of the following documents:

What if I don’t have a STAR ID? Can I still fly?
Yes, other forms of identification are acceptable. According to the TSA, adult passengers 18 and older will be required to show:

According to the TSA
A weapon permit is not an acceptable form of identification. A temporary driver’s license won’t suffice, either.