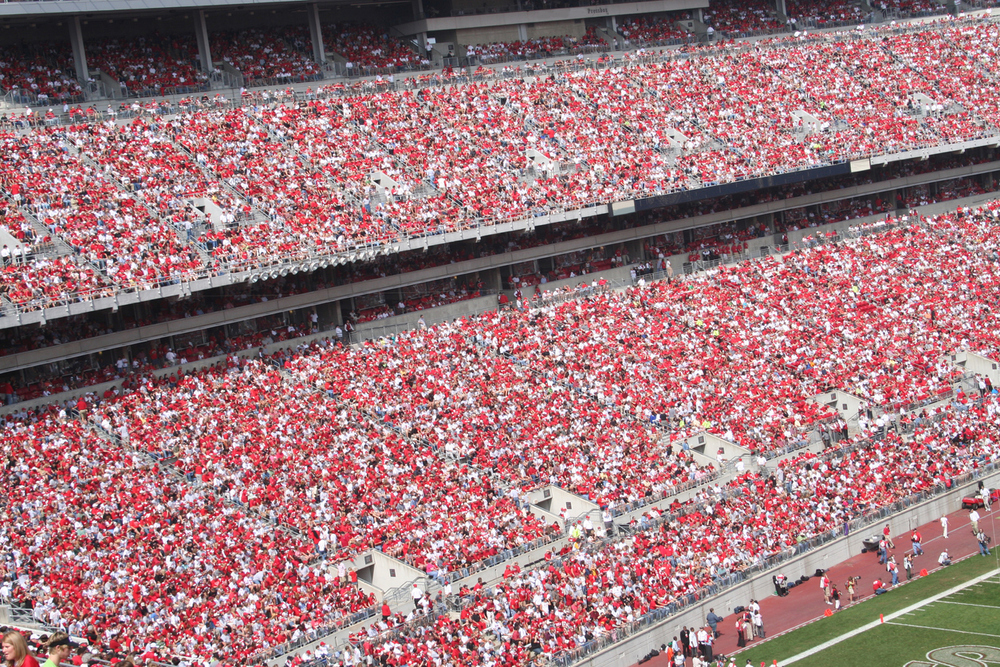 Earlier this month, more than 59,000 college football fans descended on Mississippi State University’s campus in Starkville, Mississippi, to watch the Louisiana State Tigers take on the home team. The visitors dealt the Bulldogs a harsh defeat, 36-13. It’s been a tough season so far for MSU’s program.

But game-day weekends are still good business for short-term rentals in a college football town like in Starkville. In a city of just over 25,000 souls, hundreds of places to stay are available to book across Airbnb, VRBO, Homeaway, and other online booking platforms. During the 2018 football season, Airbnb alone brought in more than 1,700 visitors, a local newspaper reported earlier this year.

The vast majority of rentals units are single-family homes in residential neighborhoods near campus. Many of them run upwards of $400 to $500 per night—great cash for property owners who can vacate in order to hawk their pads for the weekend, or have second properties to do so.

Starkville isn’t alone in experiencing the autumnal onslaught of overnighters. Numerous college towns with serious football fanbases receive waves of alumni and road warriors on the Friday nights before the game, often traveling as family packs or roommate reunions. With the growing popularity of Airbnb (and in some cases, the football teams themselves), game-day housing is a big enough industry that some rental platforms are solely devoted to accommodating those travelers. It’s just one of many outgrowths from the massive money-making machine that is American college football: The University of Alabama’s team, for example, brought in $108 million in revenue last year alone.

“College football is just really steeped in group traditions,” said Wes Smithe, the co-founder and CEO of Gameday Housing, a niche booking site that launched in 2009 and now lists about 700 active hosts nationwide, the majority of them in college football towns. College basketball isn’t nearly as big of a draw, he’s found. One of the most important market factors for his company are schools with large, resilient fanbases, Smithe said—think Notre Dame, the University of Michigan, and Penn State.

But as in many larger cities grappling with tourism spikes, some college communities are also dealing with the downsides of their seasonal magnetism. Disruptive noise, safety concerns, and scant parking are common refrains among locals besieged by weekend football crowds. Describing a rented house next to hers that had a revolving door of fans last year, Starkville homeowner Julia Baca complained to her board of aldermen earlier this year. “No one would call that a neighbor,” she said, according to a local newspaper. “One would call that a hotel.”

Nor are area hotels pleased with the Airbnb-ization of college football, since short-term rental hosts don’t pay lodging taxes, in the absence of regulations.

Some towns with college sports crowds are pushing back, creating geographic restrictions, requiring licenses, and enforcing annual caps for short-term rentals. But these are often small municipalities located in some of the most conservative parts of the country, so enacting aggressive housing regulations isn’t easy. Auburn, Alabama, a city of 64,000 with about 1,400 short-term listings, has been working towards public consensus on a rental ordinance for the past two years.

“In a strong property-rights state, people like to be left alone,” said Forrest Cotten, the city of Auburn’s planning director. “But after keeping an eye on these listings for about three years, it was getting to a point where we needed some kind of construct to level the playing field.”

There’s another side effect of the hot market for game-day housing, one that offers a small-town variation on a phenomenon often seen in sought-after big cities: a glut of units that sit largely empty outside the football season. Wealthy alumni superfans are buying up game-day retreats in their old college haunts. Others are investor-owned home purchased to rent out on Airbnb. At the most extreme end of this market are game-day homes expressly designed as such—Taj Mahals of gridiron fandom that might feature team logo-embossed barstools, giant flatscreens, and built-in Kegerators.

Taylor Shelton, a MSU geosciences professor, is researching this phenomenon in Starkville. Based on vacant residence counts from the Census Bureau, parcel data from the county assessor, and Airbnb listings, he estimates that game-day homes make up 5 to 10 percent of the town’s total housing stock. That share has grown steadily in the past seven years. Shelton believes it’s linked to a current dearth in affordable housing in Starkville, since home values and rents have also risen significantly. Game-day homebuyers and speculative investors can snag properties at higher prices than locals can afford.

“It’s not New York, San Francisco, or anywhere else with a booming hot housing market that’s experiencing hyper-gentrification and displacement,” he said. “But game-day houses represent the bleeding edge of where that element of the real estate market is going here.”

Apart from their effects on affordability, these secondary homes can fray the community fabric in some of these towns. Visiting fans show up on Friday, make a racket, and then vanish; some locals end up wishing they saw more faces next door throughout the year. It was “nice having neighbors,” Linda Gahan, an emeritus professor at Clemson University, told the Greenville News about her block near campus, where several properties have been snapped up and now sit mostly unoccupied.

Ashley Crites, the planning director in Tuscaloosa, Alabama, sees the same thing happening out her window. A recent study by the city found that about 19 percent of the city’s housing stock is effectively made up of secondary homes, many of them rentals and retreats for Crimson Tide fans. The rise in those occasional-use properties is likely suppressing the availability of affordable housing, the report found. When Tuscaloosa created its 45-night cap on Airbnb-type rentals a few years ago, the city spent a lot of time talking to its peers about to how to better handle the seasonal surge.

“There’s a national trend of affordable homes in close proximity to stadiums getting purchased and converted into rentals,” she said. “That pushes prices out of reach for people who could afford them before.”

On the other hand, the overall economic boost from college football is enormous, she said—one study has found that a single home game brings in $17 million to Tuscaloosa’s coffers, in the form of accommodation bookings, restaurant orders, and other local tourism gains. For better and for worse, game-day weekends are part of life in the NCAA. Said Crites: “Football is a different animal down here.”