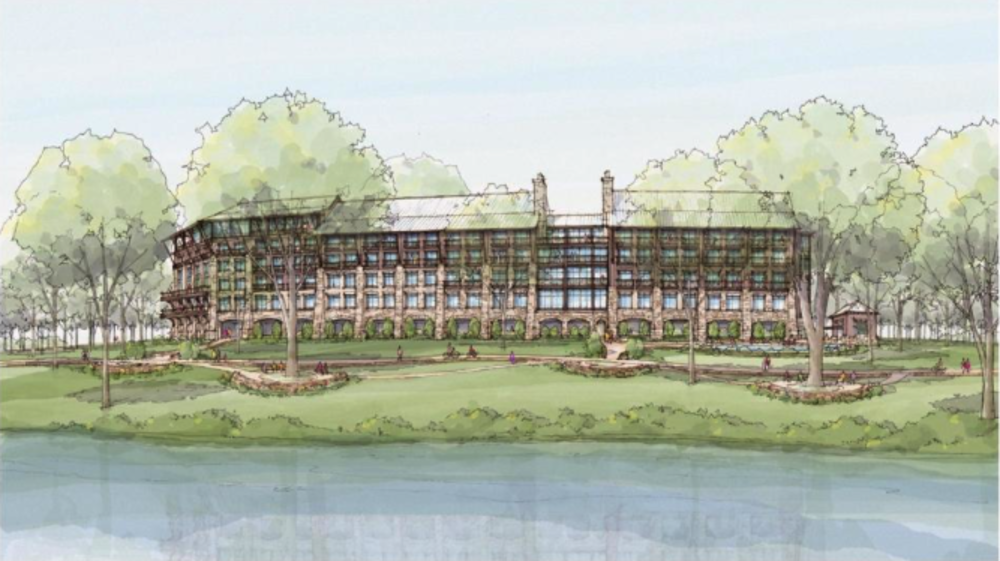 A Southern Living-branded hotel has been announced for construction on the banks of the Black Warrior River.

Planned for a 37-acre site between the now-shuttered Cypress Inn and the Rice Mine Road Loop, the estimated $60 million “Southern Living Hotel Tuscaloosa” could be open by February 2021.

And its design, according to developer Lifestyle Hotel Group, is geared toward women.

“All the things are going to be developed to meet the needs of the female traveler,” said William Shoaf, president and CEO of Lifestyle Hotel Group.

Shoaf, who has been in the hotel development business for the past four decades, said his Rosemary Beach, Florida-based company has built luxury hotels across the nation, from Georgia to Hawaii, and recently completed a project at the Sundance resort in Utah under the direction of actor Robert Redford.

“We’re very excited to get the project closed so we can get to the point where we can officially come to Tuscaloosa,” Shoaf said.

The site is planned for more than just a hotel, though.

While the 124,000-square-foot complex is set to include 120 suites starting at an estimated $250-per-night, the hotel also will include a new restaurant developed by Birmingham restaurateur Chris Hastings and a rooftop lounge on its fourth floor.

“The Boat House” is a separate building intended to house its own food hall and entertainment venue with what Shoaf described as a “modern barn” appearance.

A TopGolf Swing Suite also is expected to be featured in The Boat House, Shoaf said, and a proposed “Southern Life Studio” will offer wine and bourbon tastings along with cooking and baking tutorials, among other activities.

The “Great Southern Bakery and Coffee House” is also planned for the campus. This eatery, in partnership with Southernn Living magazine, will offer food and beverages that are featured in the magazine’s pages.

“Our hotels are really run as restaurants with rooms,” Shoaf said.

Also slated for construction are 32 individual “Southern Living Residences,” which will be for sale to individual owners and, depending on preferences, give those living in these homes access to the same amenities as hotel guests, from in-room dining to maid services.

“If you buy one of these, you’re basically living in a hotel,” Shoaf said.

That includes access to the Wellness Center, which will offer Peloton equipment, yoga classes, strength training, meditation classes, massage and facial therapy rooms, dry bar hair salons and a nail salon, as well as the Lagoon Pool, featuring hot tubs and locker rooms for both men and women.

Shoaf said working with Redford on Sundance gave him an appreciation for the natural look of the land and that he intends for the project to disturb no wetlands while preserving as many trees as possible on the site which features nearly 2,700 feet of frontage along the Black Warrior River.

This is the same tract where, in August 2015, Atlanta-based National Ventures Group announced its intentions to develop the $32 million Regent Club of Tuscaloosa, a proposed 135-room luxury hotel meant to cater to the Crimson Tide football traveler.

No updates on this project have been made since and, with Tuesday’s unveiling of the Southern Living Hotel Tuscaloosa, plans for this resort-style hotel now appear to be dead.

But for Council President Cynthia Almond, who represents this area as part of District 3, she said she’s glad that nine months of work and behind-the-scenes discussions can now be publicly unveiled.

“This is an exciting, first-class proposal to bring to Tuscaloosa a hotel experience unlike anything we currently have,” Almond said. “It would be beneficial to our entire community to have a Southern Living-branded hotel here.”