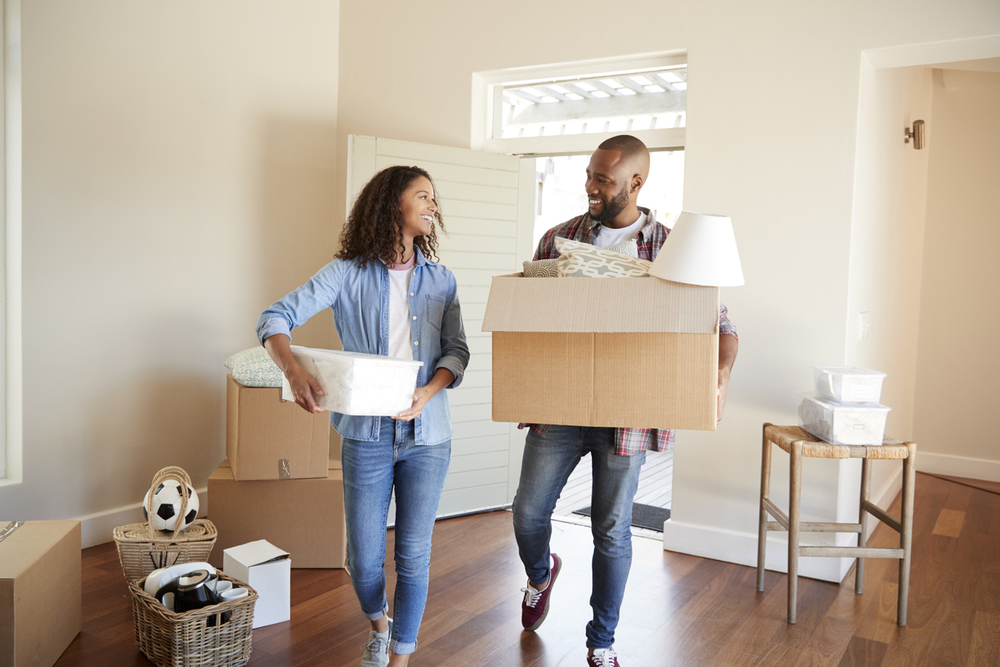 Intricate bathroom tile, a bold statement door, exposed shelving in the kitchen, a fully furnished patio. If asked, could you tell which design choices are more likely to help sell your home and which could keep buyers at bay? Just because you’ve seen something trending on Pinterest—or even on a popular TV show—doesn’t mean all features are smart for your home. In fact, overly stylized decor, outdated rooms, and a lack of space could prevent you from getting a return on your investment.

Before you spend too much time (or money) upgrading parts of your home that will never pay you back, let’s take a closer look at what over 980 homeowners had to say about their most-wanted home features. Read on as we explore what homebuyers desire most, how much they’re willing to pay for these upgrades, and the features that may lead to arguments among couples.

New construction homes have followed a similar pattern for years: more square footage on smaller lots. Even as the average family size continues to shrink, people looking at new homes may find bigger floor plans (with extra bathrooms and a lot of closet space) but virtually no yard or outdoor space.

But just because newer homes don’t offer a lot of yard space doesn’t mean people aren’t looking for a house where they can spend time outdoors. The back porch or deck (nearly 34 percent) was the feature Americans wanted most in their home. In fact, experts say homeowners are increasingly more likely to sacrifice the size of their homes if it means having access to outdoor space.

Homeowners also identified a newly renovated kitchen (about 31 percent), hardwood flooring (over 30 percent), and a finished garage (nearly 26 percent) as the top items on their dream home bucket list. And while open floor plans might be all the rage among trendy TV designers, these larger living spaces were the most popular among older generations. Baby boomers were 31 percent more likely to prefer an open floor plan compared to millennials and 49 percent more likely to prefer this layout than Gen Xers.

If you aren’t careful with your home improvement checklist, you could seriously break the bank with renovations and upgrades. Try to do too much, get too intricate, or over-personalize your space, and you may discover you shelled out loads of cash for home “investments” that will never pay you back.

We asked homeowners how much over their budget they were willing to spend to secure certain features in the home. While a newly renovated kitchen wasn’t the most desirable feature, it was certainly worth the most. Renovating a kitchen from scratch could cost anywhere from $10,000 to $30,000 based on the necessary modifications, and homeowners were willing to go over budget on a new home by $4,570 for this feature. A finished basement and open floor plan were also worth going over budget by more than $4,000.

Features worth debating over

If you’ve ever sat down to watch a house hunting show on TV, you may already be familiar with the dynamic between couples. In most episodes, it’s not uncommon for one partner to prefer a very distinct house style or feature, while the other partner prefers something completely different. Real-life house shopping with a partner might not be this polarized, but it’s fair to suggest that you should expect to compromise on some level.

Among the features most likely to drive a wedge between couples were a wood-burning fireplace, an in-ground pool, and hardwood flooring. Just because you find a house on the market that already has a pool doesn’t mean you should jump at the idea of having your own water oasis, though. Maintenance costs on a pool can be extensive, and you’ll need to determine if a few sessions in the sun are worth a long-term commitment of time, energy, and finances.

Not all features are bound to cause a struggle, though. Couples were often quick to agree on energy-efficient appliances, newly renovated bedrooms, and freshly upgraded bathrooms.

Buying a home is already a stressful situation for most people. As the most expensive purchase many people will make in their lifetime, most homebuyers expect certain features to come home to. Having an outdoor space was the most important feature for homebuyers but not what they were most willing to pay for. In exchange for not having to renovate it themselves, homeowners were willing to most increase their budget if it meant securing a kitchen with updated cabinets and appliances.

No matter how you want to transform your home, Porch can help with the home improvement process from start to finish. From plumbing to remodeling, our Home Assistant is available 24/7 to connect you to the best professionals in your area. When and where you need us, Porch has you covered. Visit us at Porch to learn more!

The data were gathered by running a survey using Amazon’s Mechanical Turk service. Of the respondents, 521 were female, 466 were male, and two chose to identify as neither. To qualify for this survey, respondents had to have bought a house in the past 10 years. Ninety respondents were baby boomers, 260 were from Generation X, 622 were millennials, and 17 were from a generation outside those. To find out how much over budget respondents would go for each feature, we first asked what the top five most important features for a prospective home were, and then asked how much over their budget they’d have been willing to go for each of those items.

All survey data presented rely on self-reporting, which can have issues such as telescoping and exaggeration. To combat these issues, an attention check was used in the survey.

Want to help homeowners make the best investment renovations? We’d love to see the results of this survey shared with your readers for any noncommercial use. Be a good neighbor and include a link back to this page in your story so that our team gets credit for their work too.