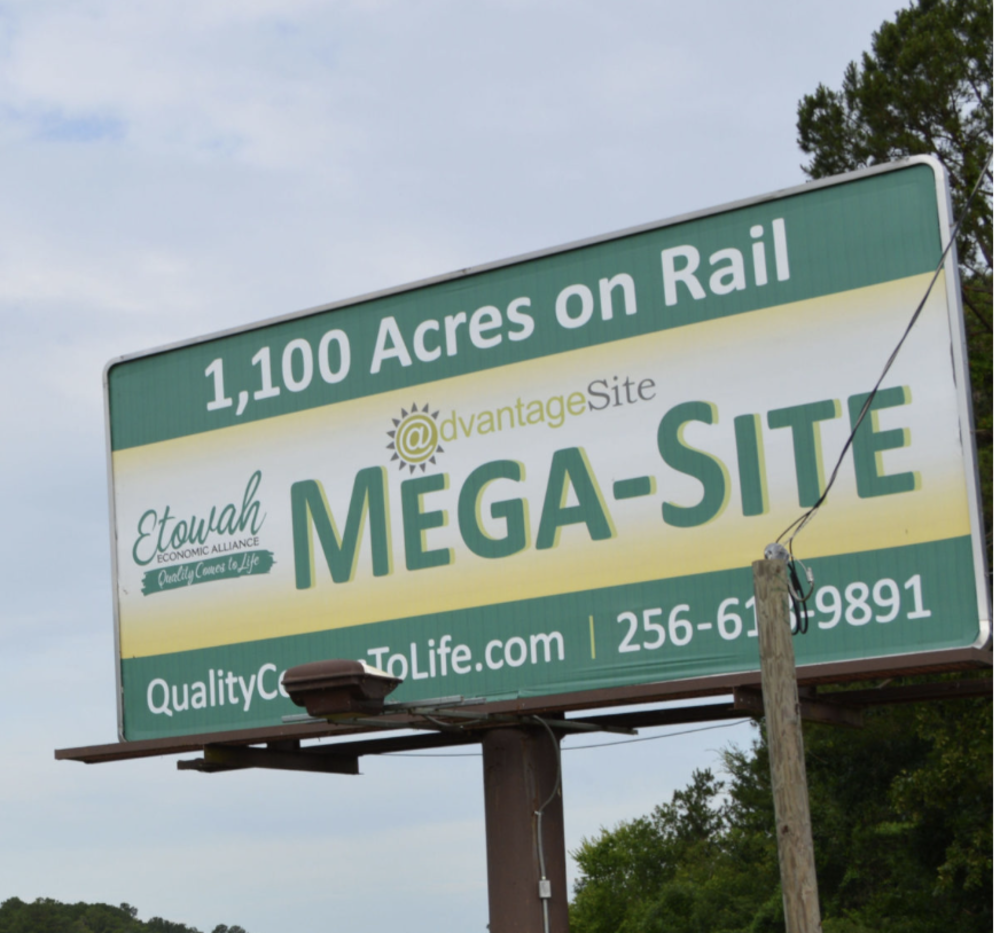 The Etowah County-located Little Canoe Creek mega-site is to receive $2.7-million in improvements as part of an effort to make it a more attractive location to potential industry.

The site is composed of around 1,100 acres just off of I-59 southwest of the city of Gadsden. The funding for the improvements comes from a donation by the Norfolk Southern Corporation.

According to a release sent to Yellowhammer News, the improvements “will include grading a portion of the over 1,000-acre property to create a pad-ready rail-served site sufficient to accommodate a large industry. Natural gas lines will be relocated near the edge of the property, and a new railroad crossing will be added to the industrial access road off U.S. Highway 11.”

“The mega-site has many location advantages for industrial recruitment and this project will improve upon its assets and greatly increase our overall competitiveness,” said Marilyn Lott, economic development director for Etowah County.

Etowah County began buying the land that now composes the Little Canoe Creek site in 2008. In addition to bordering the local interstate, the site is also adjacent to U.S. Highway 11 and a Norfolk Southern mainline.

Little Canoe Creek was designated an “Alabama AdvantageSite” in 2018. Being labeled an “AdvantageSite” amounts to a guarantee from the Economic Development Partnership of Alabama “that the site is ready for major industrial use.”

According to local leaders, a key factor in the improvements announced on Wednesday is the Growing Alabama Tax Credit. A credit “is equal to 100% of the donating taxpayer’s contributions to the economic development opportunity during the taxable year for which the credit is claimed and may offset up to 50% of the taxpayer’s income tax liability.”

“We truly appreciate this funding made possible by Norfolk Southern and the state,” said Jeffery Washington, president of the Etowah County Commission.

“This infrastructure improvement project at the Little Canoe Creek Mega-Site perfectly illustrates how we can use the Growing Alabama Credit as a tool to facilitate growth and expand employment,” added Greg Canfield, secretary of the Alabama Department of Commerce.